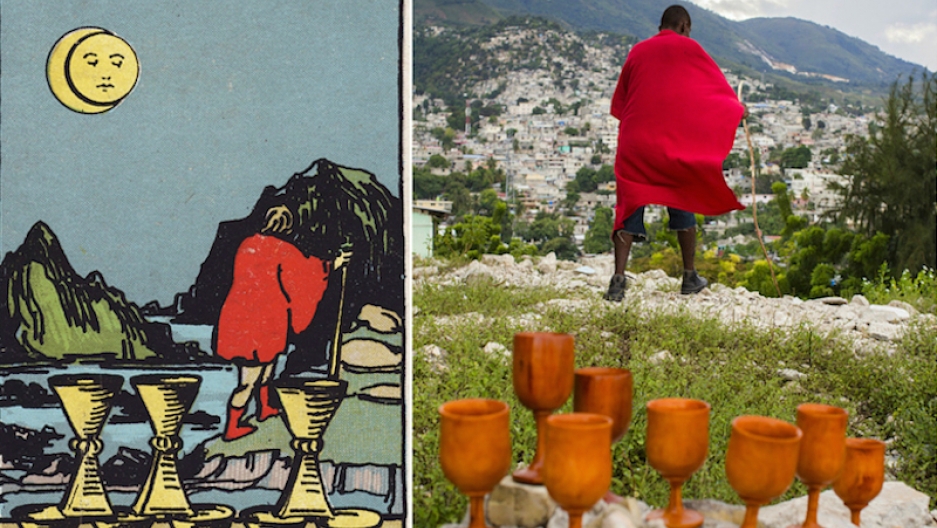 Even before ahuge earthquake hit Port-au-Prince in 2010, killing over 230,000and displacing1.5 million, Haiti was struggling. If we feel like we know this story --- the poorest country in the Americas, political turmoil, entrenched poverty --- it's because of images like this: 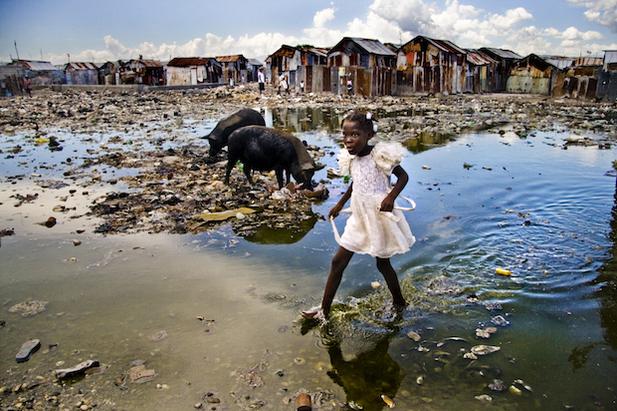 Alice Smeets wonthe UNICEF Photo of the Year award in 2008 for this picture she shot in Haiti.
(Alice Smeets)

Alice Smeets, a Belgian photojournalist, won the UNICEF Photo of the Yearaward in 2008 for this photo she snapped in Port-au-Prince's Cit Soleil, one of the largest slums in the Western Hemisphere. At the time, Smeets said, "I felt really, really good. I thought that by showing negativity I could motivate people to help."

Smeets' motivations were good, but she met resistance from Haitians themselves. "People said, 'We don't like the negative news. Each time a journalist comes to show all the negative aspects, it sets [us] back, ruining our motivation.' It shattered my illusion."

SoSmeets flipped the script, or rather, reshuffled the deck.She took a break from Haiti to photograph a witchcraft community in the UK. While she was there, one of her subjects gave her a tarot deck. 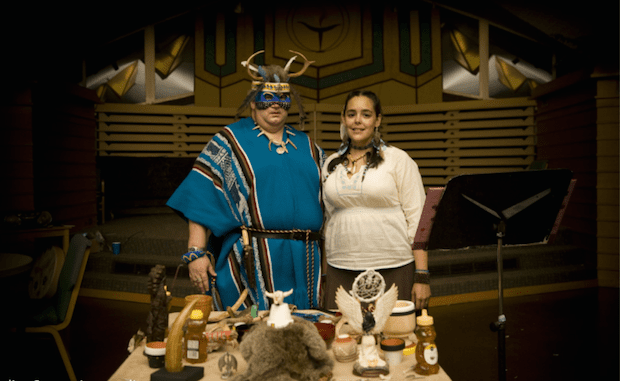 Alice Smeets got seed of the idea for Ghetto Tarot from a witchcraft community in the UK.
(Alice Smeets)

That gift inspired her latest project, which she calls "The Ghetto Tarot." Collaborating with the Haitian art collective Atis Rezistans, Smeets recreated a full 78-card tarot deck, each photo an opportunity for Haitians to theatrically reinterpret European symbols. 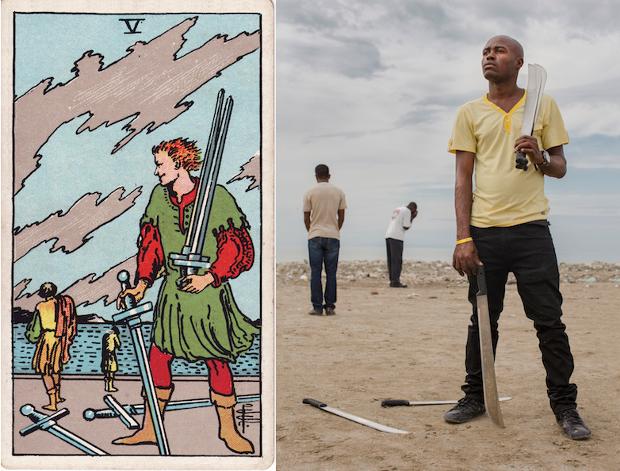 "Ghetto Tarot" though? Not exactly the most tactful name when amending cultural misrepresentation. Or is it? According to Smeets, residents of Port-au-Prince have been redefining the word ghetto. Rather than connoting poverty, for them, the termis allabout community (like Common's "Geto Heaven"). Smeets wants to help spreadthis meaning in the wider world. 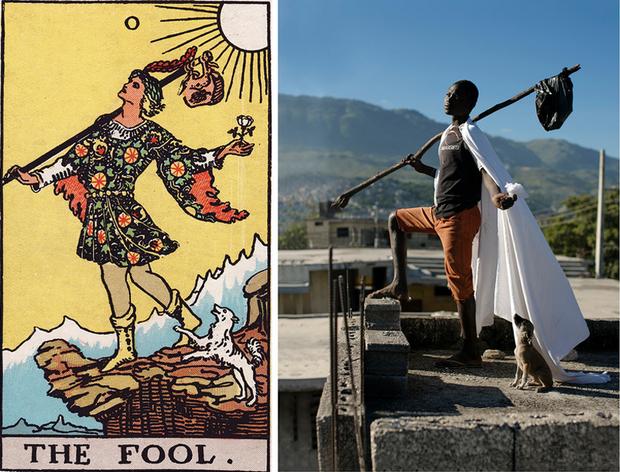 And tarot's totally a thing in Haiti, right? Not exactly. "In the Vodou religions, they use the regular playing cards to connect to the spirits," Smeets explains. "Just a really normal playing card deck." But she saw the tarot as a way to get at universal themes."Each card is an archetype," she says. "Life and archetypes are always the same. If you are in Europe or in Haiti, the struggles are very similar. You are just in a different situation." 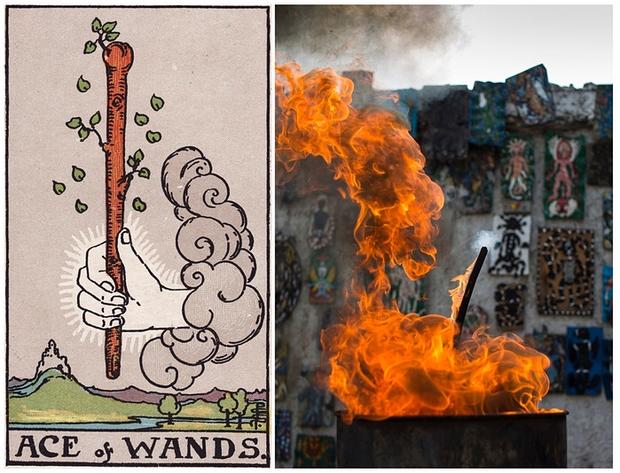 Not all images needed tons of forethought. Take "Ace of Wands": "There was a trash can standing there and I just had the idea to put the stick into it, and burn it." Smeets said.
(Alice Smeets/Atis Rezistans) 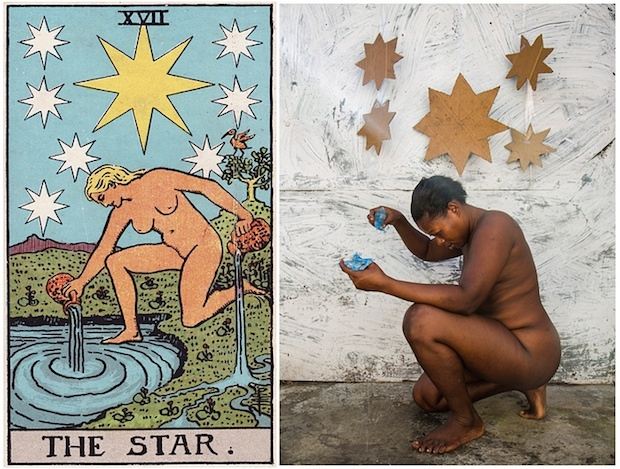 "Her name is Natalie" said Smeets, "I met her after the earthquake in 2010. She saw me asI was taking the new photos and said, 'Oh wow, I know you. You helped me years ago, and now I can model for you.'"
(Alice Smeets/Atis Rezistans) 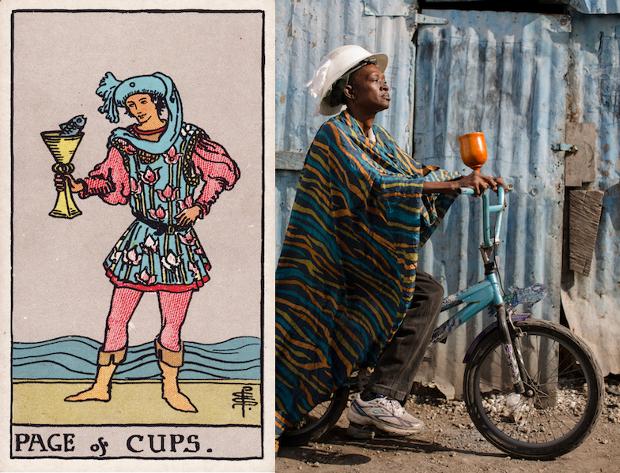 Ghetto Tarot from MING on Vimeo.