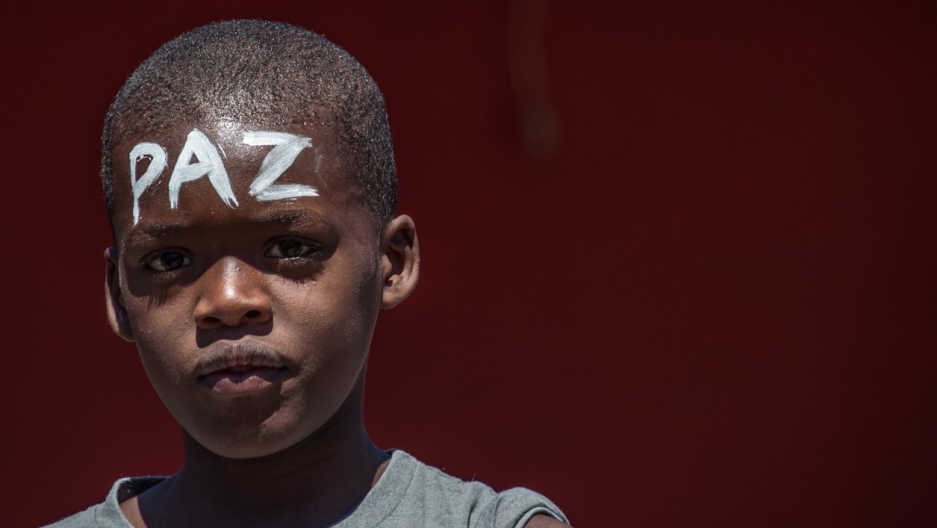 A boy with the Portuguese word for "peace" written on his forehead participated in a peace march in Rio de Janeiro's Alemao favela on April 4.
Credit: Christophe Simon
Share

RIO DE JANEIRO, Brazil — The police committed more than 1 in every 6 of Rio de Janeiro's homicides between 2010 and 2013.

And 4 out of 5 of the victims were under 29 years old, and of African descent.

These startling figures come from an analysis of official homicide data by Amnesty International. The problem spans far beyond Rio, and more recent incidents have raised concern that it's not going away.

At the end of September, five police officers in Rio de Janeiro were arrested after a cellphone video showed them altering a crime scene by placing a gun in the hands of a black teen they had just shot dead.

Echoing United States movements like #BlackLivesMatter and #RiseUpOctober, activists in Brazil are fighting to draw attention to the problem of killings of young black Brazilian men, frequently by police. One of the leading local movements is Amnesty International’s “Jovem Negro Vivo,” meaning “Young Black Alive.”

It's one of several awareness campaigns that are also aiming to dismantle a stricture that's long existed in the country: a reluctance to talk about important social issues in terms of race.

“It’s difficult in Brazil to point out racism,” says Alexandre Ciconello, a human rights expert and adviser to Amnesty in Rio de Janeiro. “It’s a taboo for the elite of the country and for politicians and authorities. They always say ‘Brazil is a mixed country, we are not the US, we are not South Africa,’ and if you raise racial questions, you’re seen as trying to separate that.”

More from GlobalPost: A Brazilian student mapped out Rio's racial segregation. What he found was startling

Latin America's largest nation also is one of the world's deadliest. Brazil is home to 19 of the world’s 50 most dangerous cities, according to the Citizen Council on Public Security, Justice and Peace, a Mexico City think tank. In 2013, Brazil’s homicide rate hit 26.5 deaths per 100,000 people, compared with 8.9 per 100,000 in neighboring Paraguay and 3.8 in the US, according to the United Nations.

And, just like in the US, violence here disproportionately affects young non-white men.

Brazil does have a lot of non-whites. Half of Brazil's 200 million-strong population identifies either as “preto,” Portuguese for black, or “pardo,” meaning mixed-race with African descent, according to national census data. Taken together, Brazil has the largest Afro-descendant community outside Africa.

Still, judging by Amnesty's tally, the rate that violence hits them is staggering.

In some Brazilian cities, the homicide victim rate among Afro-Brazilians is as much as 10 times higher than the national average, according to Amnesty. In the northeastern city of Maceio in Alagoas state, for example, 2012 figures show the victim rate for black men under 29 years old was 328 homicides per 100,000.

The rights group said it defined "black" by combining victims who are described as preto or pardo in medical examiner reports.

But violence here is typically discussed in terms of class rather than race, says Theresa Williamson, executive director of Catalytic Communities, a Rio de Janeiro-based nonprofit that advocates for local poor “favela” neighborhoods.

“There’s this whole history that’s not discussed and hasn’t been recognized,” Williamson adds. “There’s a process where you have to bring these things to the front, and in Brazil that never happened.”

New government figures released Oct. 21 show killings by police are rising rapidly — up 18 percent so far this year compared to the first nine months of 2014 — but victims' ethnic data was unavailable.

Neighborhood and community groups in Brazil’s black community have been working hard for decades to push for social equality, says Elisa Larkin Nascimento, director of the Afro-Brazilian Studies and Research Institute in Rio.

But while the country has taken steps like affirmative action in college acceptance and laws requiring schools to teach about Brazil’s ethnic makeup, public safety remains a sore topic, she adds.

“There have been efforts but they are not enough to solve or to really make a significant dent in the incredible level of violence suffered disproportionately by the black community,” Larkin says. 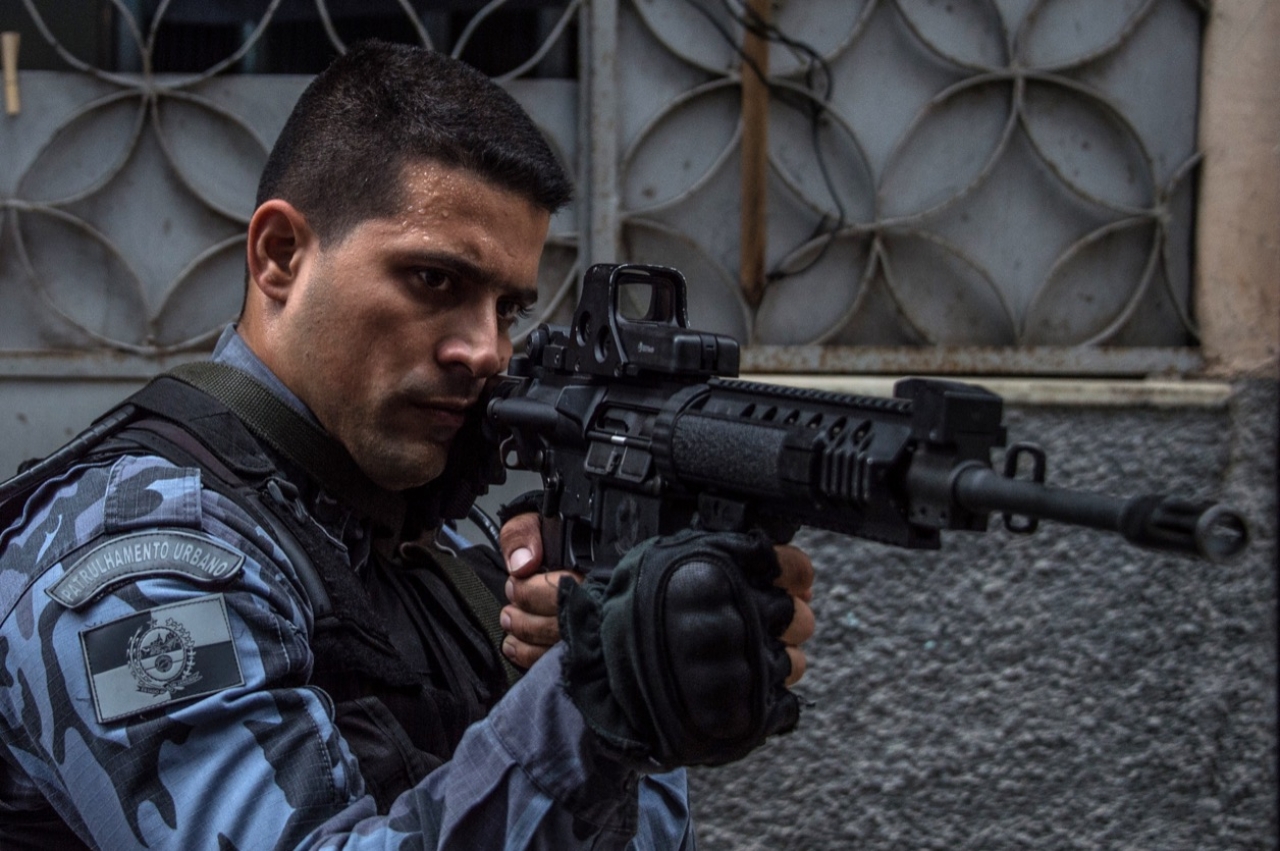 “In Rio there are still areas that are at war,” Beltrame told the government-owned EBC media network, referring to the state government’s efforts to “pacify” favelas by deploying military police to drive out drug dealers and other criminals. “There’s been an undeniable improvement in the crime rate here since 2007.”

More from GlobalPost: Rio’s poor are being priced out. Here’s where they’re going (VIDEO)

But speaking recently to the Los Angeles Times, a Brazilian lawmaker heading a national inquiry on violence against blacks compared his country's problem with that of the US, and said: "the problem here is much, much worse."

Ciconello, the rights expert, says Brazil’s whole public safety and judicial system needs reworking. There are deep-rooted problems with how killings, especially by police officers, are investigated and brought to justice in the courts.

Lawmakers and activists are faced with an enormous task in a country with a plethora of political problems, but the rights expert explains the hope is acknowledging the racial element in violence is crucial to building an ethos of reform among Brazil’s citizens.

“We have to break the silence. We need a national dialogue on how to reduce these homicides,” Ciconello says.