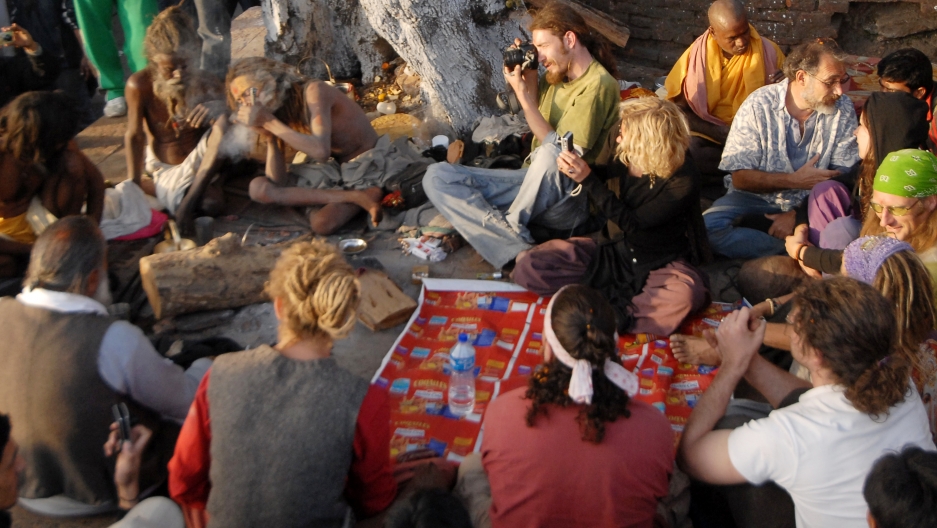 For the out-of-towner seeking tips on dining, accommodation, night-life and local attractions, there is no shortage of online resources.

Less well-served is the traveler seeking, you know, something else. A little bud, maybe. Some pot. 420. Marijuana, if you will.

Filling this niche is WeBeHigh.org, an online guide for those seeking to score and smoke up virtually anywhere in the world.

Its user-submitted tips are a mix of practical, foolhardy, and sometimes harrowing stories of the search for weed in some of the world’s unlikeliest corners. (All posts have been lightly edited for clarity.)

From Tashkent, Uzbekistan: “Maybe ask someone after you have met them in a bar, or a club. Make sure it is not the first question, they might get irritated.”

From Cape Town, South Africa: “I bought one bankie, and was caught by police. . . . African prisons SUX!!! So stay away from them.”

From Baghdad, Iraq: “Go up to most any civilian military contractor, at a good time, and just ask!”

For those who enjoy sampling the local grass as much as other travelers seek out regional wines or craft beers, the world has many welcoming corners.

In 2013, Uruguay became the first nation to completely legalize the drug. Several other South American nations permit small amounts of marijuana for personal use. Cannabis is allowed in licensed businesses in the Netherlands and Spain.

In the US, Oregon, Washington, Alaska, Colorado and Washington, DC, have all legalized the drug. And according to several accounts, marijuana use appears to be legal (or at least tolerated) even in North Korea.

But legal and cultural attitudes to marijuana use vary widely around the world. WeBeHigh curates discussions on accessing cannabis in places where it remains taboo.

The ad-supported site’s administrator described himself in a telephone interview as 24-year-old Ben Christ of Iowa.

Christ took over the largely abandoned site from its former administrator four years ago. It now receives about 250,000 unique views per month, Christ said. About half the traffic comes from US visitors, with the rest spread around the world.

While not a big international traveler himself, Christ acts as a gatekeeper of information that comes in from users in more than 1,000 cities around the world.

There’s no fact-checking process for the guides, Christ said. It’s largely up to visitors to use their judgment and discretion when considering its advice.

“I’m just giving out information. I don’t handle anything illegal,” Christ said. “I don’t accept comments that inquire on hard drugs at all. People can’t ask for ‘a little cocaine.’ That’s not fine.”

The closest thing the site has to a vetting process is the comments section, where some of the liveliest discussions take place.

“It’s easy as [expletive] to get hash in Beijing,” wrote a user named John. “Just go to the Uyghur (Middle Eastern) restaurants and look for people who look like Middle Eastern people and ask them ‘da maa.’ If they don’t understand, just get a wild plant and pull it out of the ground and show the guy and he’ll hook you up.”

“This seems like an incredibly foolish thing to do,” a fellow commenter replied. “How will someone relate a plant being pulled out the ground to hash?”

Most tips advise discretion (Manama, Bahrain: “Be cool when smoking don’t make it obvious”), safety (Phnom Penh, Cambodia: “Always check to see if your driver is high”) and occasionally dubious racial profiling (Rome: “Find a few Moroccans. Many of them have family/friends who deal.”)

Most often, travelers are urged to follow their instinct for fellow aficionados, from Edinburgh, UK (“Ask any likely looking guy”) to Islamabad, Pakistan (“just get into a cab and ask the cab driver if he looks like he’s cool”).

“The only guaranteed way to score bud anywhere is to be social and make connections,” the site reads. “Being open about cannabis can have positive results.”

It can also have terrible ones. In some of the countries profiled, possession of a joint can be punished with lengthy prison terms or death.

“I see people post from Saudi Arabia, where I think there’s like, a death penalty if you get caught,” Christ said. (There is, for drug smuggling.) “I don’t even know why people want to score bud in Saudi Arabia.”

“Clearly there are sensible safety concerns around adventure travel and sporting activities, and clearly it wouldn’t be appropriate during volunteer placements, but ultimately it is the individual choice of each traveler,” Francis said.

Unsurprisingly, the US government is a little less accepting.