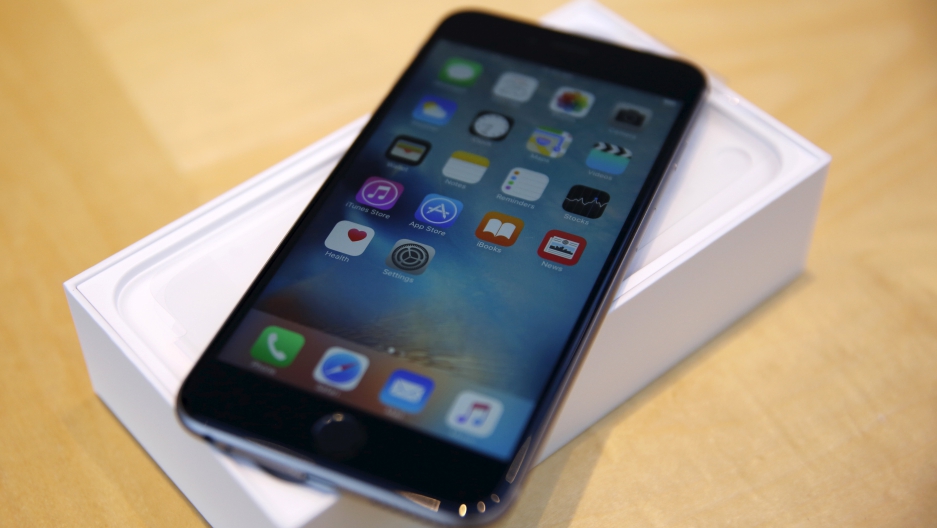 An iPhone 6S Plus is seen at the Apple retail store in Palo Alto, California September 25, 2015.

A new study in the journal Science finds that a mobile app that prompts parents and kids to solve nightly number problems together greatly improves student achievement in math. The app, Bedtime Math, creates a kind of math story time.

One example of the kinds of problems the app provides is a question about elephants. The prompt details the number of toenails that African and Asian elephants have on their front and back feet. Then kids are asked, “How many more toenails does an Asian elephant have?” Researchers found that solving these types of “short numerical story problems” helps reduce anxiety around math, giving parents and children new ways to talk about the sometimes feared subject.

"It's important to show kids that math is relevant in everyday life situations and I think that the problems on the bedtime math app do a really good job in showing kids this. They're engaging, and they relate to everyday life experiences that kids have and that they're interested in," says Susan Levine, professor and chair of psychology at the University of Chicago.

Levine is a big proponent of whole-family learning, but says math is often a problem spot for parents and kids alike.

"In prior research, we found that the math taught the children here in the home environment matters to their math achievement. But many parents don't engage in this kind of talk or do so ineffectively. And we think that the Bedtime Math app provides parents who otherwise wouldn't talk about math with the way to do so," Levine says.

Levine and Sian L. Beilock, a colleague and fellow professor of psychology at the University of Chicago, conducted a study following kids and parents who were using the Bedtime Math app along with a control group who were doing bedtime stories without math content for a full year. At the end of the experiment, they found the kids who used the Bedtime Math app grew in their math knowledge as much as if they'd had an extra three months of schooling.

"We know that how often parents talk about math, even simple math, shapes, numbers, counting, in the home can be really important for kids' learning. And we also know that when parents are nervous about a subject, when they're nervous about math, kids can pick up on that and it impacts how much kids are interested in this work. So providing ways that parents can interact with their children in easy to use and fun situations can be really important," Beilock says.

Not only is math important for those children who may later go into STEM careers, Levine says it also impacts kids' reading skills.

"There is other research out there that shows that your math knowledge at kindergarten entry predicts not only your later math achievement say, in fifth grade, but also your reading achievement. And interestingly, your math knowledge at school entry predicts your later reading even better than your early reading skills do," Levine says. "Math is both foundational for later STEM achievement but also predicts out to later reading."

Besides giving kids a head-start on their math skills, the Bedtime Math app also provides kids with a healthy, positive outlook on a subject often associated with anxiety.

"Oftentimes, parents think that they might be comforting their children by, for example saying 'It's OK. I'm not good at math either," but that really sends a signal that you're either a math person or you're not and that this isn't something that we can acquire with effort," Beilock says. "What we're showing is that allowing parents to interact with their kids around math can be really important for what kids learn in school."