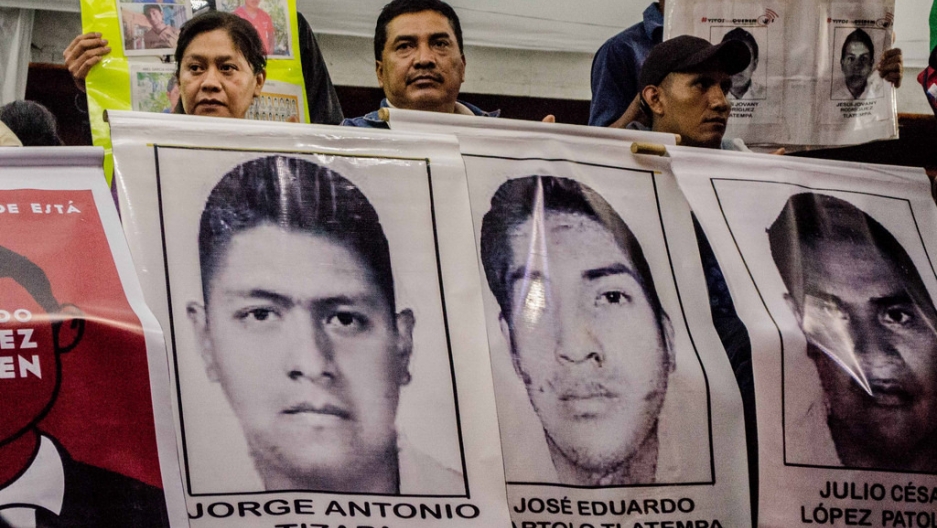 Relatives of the missing students in Iguala.

There are many voices fighting to stand out among the cacophony of Mexican politicians and media parroting the official line that the government works for the benefit of the people and deserves their trust.

These dissenting voices sometimes rise above the noise; other times they are muddled by stubborn intolerance or twisted by those with dark intentions who thrive in an environment of authoritarianism and impulsiveness. Nevertheless, they need to be heard.

Let's take a look at the voices of three Mexicans, in particular, who have refused to stay quiet on injustice and ignominy. At some point, they have been threatened for expressing their discontent with the armed conflict in the country, but they have continued on with their non-violent struggle in compliance with the law and in exercise of their fundamental right to freedom of expression.

Catholic priest-turned-activist Alejandro Solalinde — like few others in Mexico — has understood that migration must be addressed as a phenomenon and not as a problem that “must be solved.” In 2007 he founded the hostel Hermanos en el Camino (Brothers on the Road) in Ixtepec City, Oaxaca (southwest Mexico) — to provide humanitarian assistance to travelers from the country and from throughout Central America. These migrants would come mainly by the freight train commonly known as The Beast on their way to the United States, where they hope to find better opportunities.

Migrants crossing the southern border of Mexico, as well as domestic migrants heading toward the US, find themselves at the mercy of armed groups and other criminals operating in that part of Mexico. This makes them constant victims of theft, rape and sexual abuse, among other crimes.

Mexico's security forces, who in theory should be protecting them, render them subjects of extortion, abuse of authority, and intimidation; National Migration Institute and other related officials practice complacent neglect.

Given the above, Solalinde has constantly spoken up to place the issue on the public agenda and seek dignified treatment for those who pass through Mexico, seeking a better life.

In a piece for the Latin Amercian magazine Gatopardo, Emiliano Ruiz Parra describes the humility with which Solalinde lives, as well as another aspect of his speech that disturbs the power of the Catholic Church:

Solalinde knows that challenging the authorities in a fledgling democracy such as Mexico carries its risks.

“I am aware that at any time they will kill me, but they have not done so because they are avoiding the political cost,” he says in an interview with Laura Cifuentes Weffer from independent online newspaper Efecto Cocuyo.

A journalist, writer and poet — and a convert to activism like Solalinde — who has abandoned his primary occupations to call for a stop to violence, impunity and injustice in Mexico. Sicilia had other reasons for becoming an activist as he personally suffered the consequences of armed conflict when his son was murdered at the hands of organized crime.

Sicilia has taken his voice to many corners of the country, even to the United States, with a caravan. As the head of the Movement for Peace with Justice and Dignity, he made his demand known in the highest offices, including a heart-wrenching encounter with former President Felipe Calderón, from whom he demanded answers and concrete actions against the climate of violence that, to date, persists in much of Mexico.

Almost a year ago, following the slaughter of teaching students in the city of Iguala, Sicilia spoke of widespread protests, although he advised maintaining a pacifist attitude:

Relatives of the Ayotzinapa victims

Parents, siblings and other relatives of students who were kidnapped after a bullet-riddled confrontation with local police and members of an organized crime group in Iguala, Guerrero, in September 2014, have also spoken out against the violence afflicting the country. The 43 students of the Raul Isidro Burgos Ayotzinapa Rural School weren't the only ones killed on that occasion. Others were also victims of the violence, despite the fact they were not part of the activist students. Their cases keep being eclipsed by the media frenzy that has accompanied the disappearance of the 43 students. 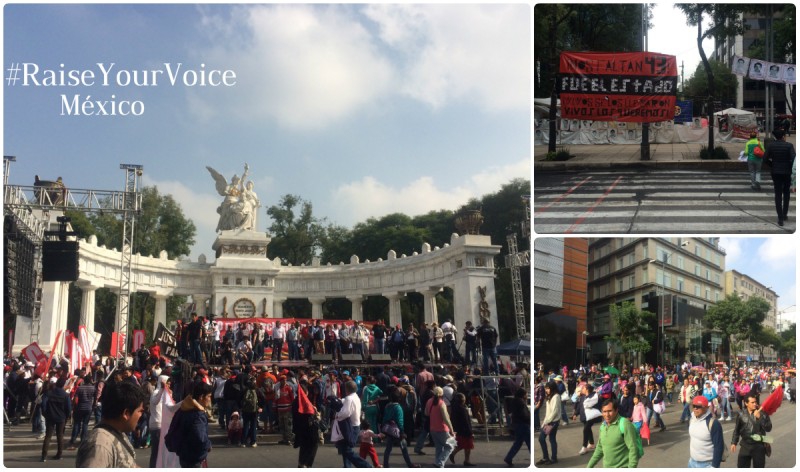 Protests in the emblematic Walk of Reform in Mexico.

Since these events, marches and days of protest have occurred and can be followed through the hashtag #AcciónGlobalPorAyotzinapa (Global Action for Ayotzinapa). Their goal is to demand that the return of the students (although there has been forensic evidence indicating some of the student's deaths), while others' demand justice for the murder or forced disappearance of students at the hands of state agents.

Unfortunately, there have been occasions when the protests have turned violent, and there hasn't been any statement against it from those leading the movements.

One of these voices is that of Ezequiel Mora, father of Alexander Mora Venancio, whose remains were identified by experts of the Austrian university in charge of analyzing the bone fragments recovered from the garbage dump in Cocula. He has spoken out against the country's current administration: