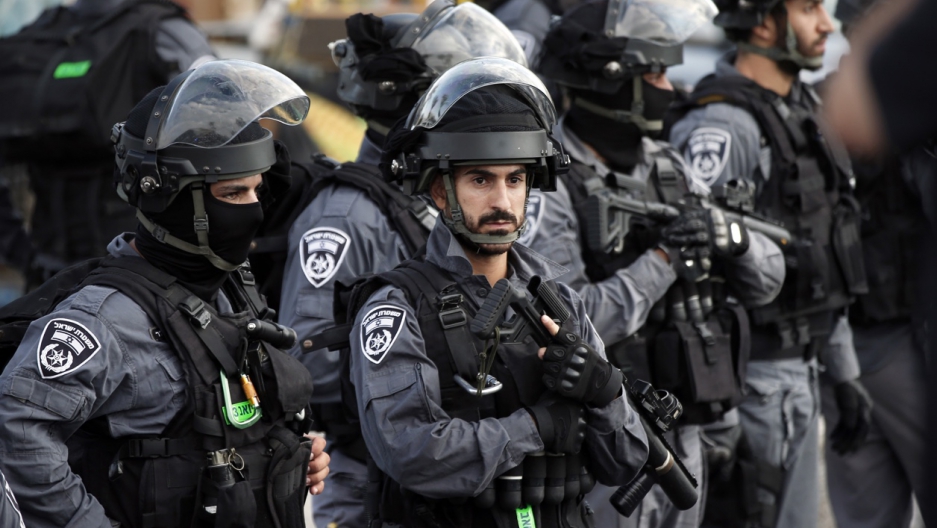 JERUSALEM — In Israel these days you should be afraid of… everyone, according to the Israeli police. Earlier this week they released a video warning Israelis how to spot a terrorist and what to watch for.

The video comes in the midst of a wave of attacks in Israel, the majority of them in Jerusalem. Most have been uncoordinated, seemingly unplanned stabbings, perpetrated largely by Palestinians against Jewish Israelis.

The Israeli security establishment has responded with a crackdown against Palestinians that has included closing off neighborhoods, erecting checkpoints and extensive searches. There has also been a “worrying” trend of Israeli police using lethal force against Palestinian attackers, rather than attempting to apprehend them, according to the Israeli rights group B’TSelem.

But the trouble with trying to guard against the attacks is that since they are random, and involve day-to-day items such as knives and cars,  they are by definition near impossible to predict.

The video warns Israelis to watch out for anyone who is “walking in a determined fashion” or “standing in one place,” and for “people who are staring into space,” or “people who are taking pictures for no reason.” These descriptions, it seems, could be applied to most people at different points in a given day. The video advises people to watch for people “looking from side to side,” “smoking quickly” or “talking to themselves.”

It also alerts Israelis to certain behaviors to watch out for such as “excessive sweating.” In the steamy Mediterranean city of Tel Aviv, this applies to a lot of people. Women wearing jackets on hot days are also cause for suspicion says the voice in the video.

This is not the first time in recent days that the government has called on citizens to help with their own protection. A week ago the Minister of Public Security Gilad Erdan agreed to ease restrictions on firearm permits for Israelis in a bid to cope with the random attacks.

Throughout the video the narrator also advises Israelis to be on their guard against people who “look” a certain way.

The video also calls on citizens to be suspicious of people dressed as journalists or paramedics. They too could be terrorists.