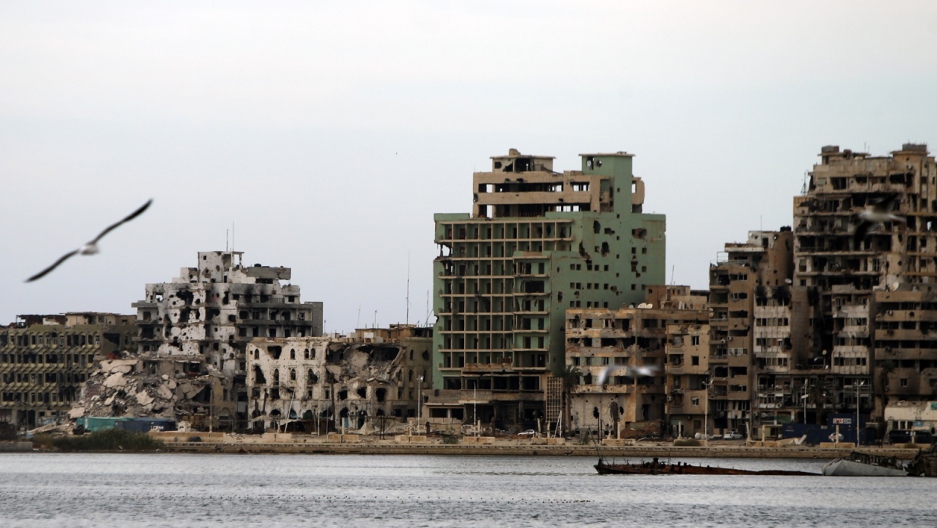 Former Secretary of State Hillary Clinton will spend today answering questions about what went wrong in Benghazi, Libya on Sept. 11, 2012. She will work very hard not to appear exasperated by the whole exercise because she is also running for president and needs to play politics. But it is no secret that Clinton sees the hearing as a partisan attack by the Republican Party.

The effort to blame Clinton for the extremist attack on the American mission in Benghazi, which led to the death of Ambassador J. Christopher Stevens, has consumed elements of the GOP for years now.

The endless talk has rendered the word “Benghazi” almost meaningless. Many Americans will probably associate it with the word “email” or “panel” before anything else. The truth is, the city of Benghazi and its country Libya could use the world’s attention more than ever.

Benghazi, in the country's east, is where the uprising against Libyan leader Muammar Gaddafi first took hold. It’s where peaceful protests grew large enough for the world to notice and, eventually, it was where rebel forces first began to mobilize. It was the rebel capital for a time. It was where foreign journalists and aid organizations largely felt safe to set up shop. Those groups, though, are all gone now, frightened away. Benghazi in 2015 is gutted, its seaside buildings pockmarked by mortars and bullets.

Libya is deeply divided. After Gaddafi was ousted and killed, there was a brief moment of optimism before the various rebel militias who fought Gaddafi’s army began fighting among each other to fill the power vacuum. Over the years the country has settled on two general sides: the Islamists, who control Tripoli; and an internationally recognized government that is led by a former Gaddafi general who opposes the Islamists, which controls much of Benghazi. In the madness, the Islamic State has taken hold in Libya. It now controls the city of Sirte.

The Libyans are trying to form a unity government. But Islamists and anti-Islamists alike oppose that unity. Meanwhile, the fighting between the two sides continues, mostly in the devastated city of Benghazi.

Egypt has fared better than Libya in the aftermath of the Arab Spring revolts that toppled former Egyptian President Hosni Mubarak. But not that much better.

Egypt held free and relatively fair elections in the happy days not long after Mubarak’s ouster. The whole world watched those elections unfold. They brought to power Mohamed Morsi, who was a leader of the Muslim Brotherhood. Numerous factions, including the army, opposed Morsi’s presidency. It was the army that eventually staged a coup that overthrew him. Morsi is now in prison, sentenced to death. It was not the end everyone had hoped for.

Egypt, though, is still holding elections. A parliamentary election started earlier this week and will continue through November. But you wouldn’t know it from the news. The optimistic global headlines are gone. No discussion of election monitors. No beaming smiles and purple thumbs.

In Egypt people don't care much anymore about elections, either. They see little point to them as President Abdel Fattah al-Sisi consolidates his power. Sisi is also, like Mubarak, enjoying more than a billion dollars in US military aid.

So Egyptians are just not voting. The turnout this past week was dismal. Photos are being passed around on social media showing empty polling booths and sleeping pollsters. The democracy Egyptian protesters tried to usher forth in 2011 seems very distant today.

Australia plans to kill 2 million feral cats. This is because these cats specifically — not domesticated ones — are considered an invasive species, brought to the continent by Europeans some 200 years ago. Now they are everywhere and they are threatening numerous native species, including the really cute lesser bilby.

But, of course, these days cats are also revered around the world, thanks in large part to the internet. Celebrity activists have made it known that they oppose Australia's cull, calling it “scandalous.” Steven Morrissey, the former lead singer of English rock band The Smiths, described the feral cats as "two million smaller versions of Cecil the Lion.”

While it really sucks that Australia has to kill so many cats, it’s doubtful the country will change its mind. Culling is common in many parts of the world and necessary to save certain populations of animals. Australia has culled sharks, camels, horses and kangaroos in the past.