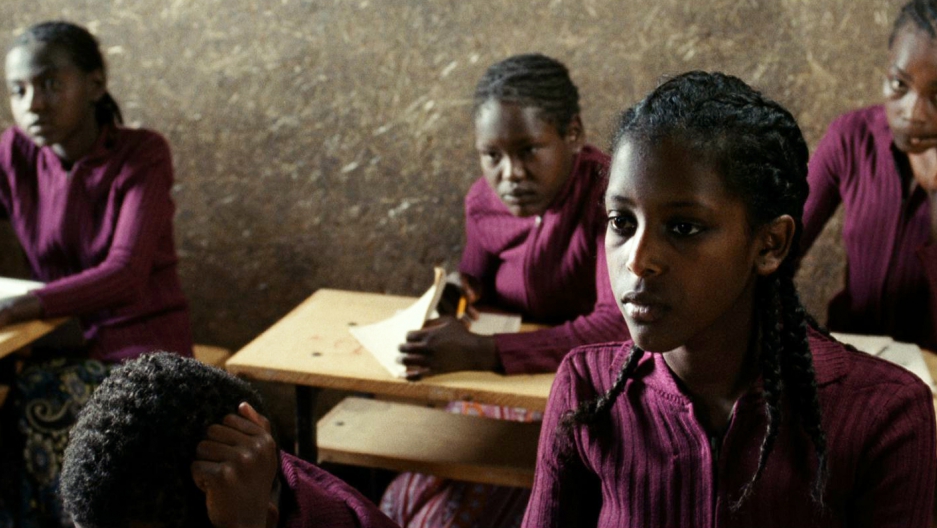 The word "Difret" has many shades of meaning in Ethiopia's language Amharic: it can mean both "to dare" and "to have courage," but also "to be violated."

Like its title, the film "Difret" represents many things: it's a work of fiction based on a true story of courage and change; it's one of the only films from Ethiopia shot on 35mm film; and it's got big name recognition in the form of executive producer Angelina Jolie Pitt. But above all, the film tells the story about a traditional practice through the experience of one frightened girl caught in a whirlwind beyond her control.

"Difret" is based on the story of Aberash Bekele — called Hirut in the film — a girl who was abducted by men on horseback outside her rural Ethiopian village. It's the day she's promoted to 5th grade in school. Her captor — who failed to get her father's permission to marry her — insists he now has the right to marry her according to a tradition known as telefa. But she fights back, accidentally killing him. She faces a death sentence until attorney Meaza Ashenafi steps in to fight for her. The resulting courtroom drama riveted the nation in 1996, when it took place.

"People started to talk about abduction all over again," Meaza Ashenafi recalls now. "It was a given, especially in the south of the country, women have been abducted for years. There was no question about it. But this case opened up a discussion and dialogue around this traditional practice."

Ashenafi had just established the Women Lawyer's Association two years earlier to fight for the rights of women according to Ethiopia's then-new constitution.

"Difret" played to sold-out audiences in Addis Ababa for six weeks. When the filmmakers looked to take it abroad, they sent it to Jolie, a well-known advocate for women's rights in Africa.

"A foreign-language film from Africa has a tough road ahead for it in terms getting to an audience," filmmaker Mehret Mandefro admits. "So having her support really helped us ... reach people I don't think we could ever reach." 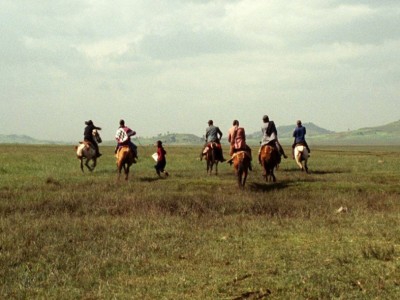 A scene from "Difret" depicts the horseback kidnapping of the main character.

Despite the big-name support and the success of "Difret," Ashenafi and Mandrefo say their work is not done: they estimate that at least 20 percent of marriages in the south of Ethiopia are coerced through some form of telefa.

"This has to stop," Ashenafi says. "This should not be tolerated at all."

As for the subject of the film itself, Mandrefo says she had a hard life — after the case, she wasn't allowed to return to her village or family. She attended boarding schoool, and later decided to change her name and leave Ethiopia. But she's recently returned and working on the issue of telefa, hoping to keep girls from facing an ordeal like she did.