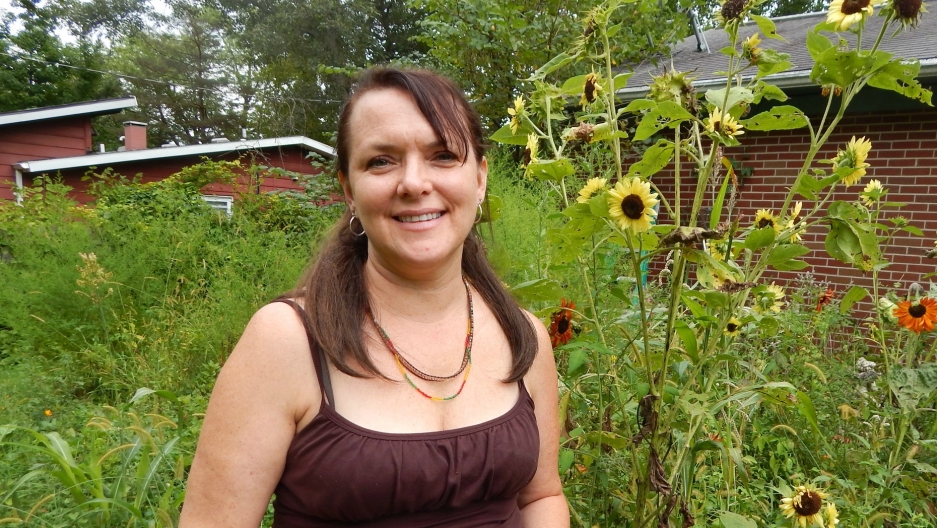 At the end of last year, we asked for your creative resolutions for 2015. We've created aFacebook groupfor everyone to track their progress through the year, and we're also following four people on our show, including acalligrapherin Washington State, an aspiringdirector and screenwriterin New York, adiorama artistin California, and areggae DJin Ohio.

Maria Thornton of Yellow Springs, Ohio, fell in love with reggae as a teenager -- and even moved to the island of St. Croix to get closer to the music. She remembers being drawn to reggae for "the music and the positivity" -- and also by the contrast with her "upper middle class, white" surroundings. When she landed in St. Croix at age 19, she says, "I had an apartment paid for two weeks, and I had no job and no plan and no clue as to what I would do."

Now Thornton has two kids of her own and a life in Yellow Springs. Her creative resolution this year is to get reggae back into her life. And so far, she's been busy recording and performing her music live. "This is what I'm supposed to do with my life -- spread joy," she says. "Maria is a fireball," according toJonny Dreads, one of the musicians Thornton has been working with this year. "The beauty about reggae music is it's about positivity and niceness, and Maria embodies that."