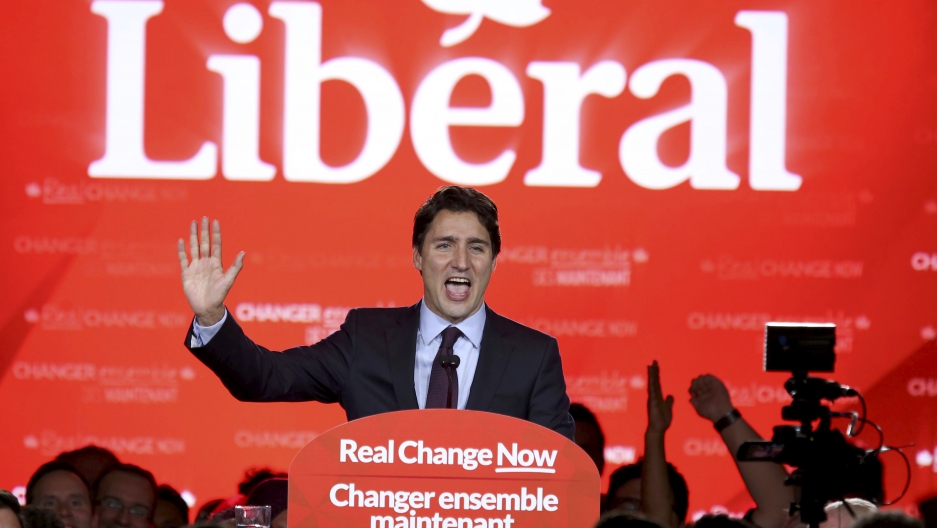 Justin Trudeau grew up in the public eye. His birth made headlines across the country. And it’s all thanks to his father, Pierre Trudeau. The elder was a legendary politician and former prime minister of Canada. And while life as a political scion has made for both good and embarrassing moments, in this election, it helped the younger Trudeau win.

"He’s already lived in the house he’s about to move into — 24 Sussex Drive,” says the CBC’s Laura Lynch. “But he didn’t really come to national prominence until his father died in 2000 and he gave the eulogy at his father’s funeral. And people began to think, ‘Well, maybe he’s got a life in politics ahead of him.’”

Justin Trudeau worked as a teacher, a bouncer and was even a snowboarder before entering politics. People didn’t expect much from him. “He has been underestimated his entire political career. And he’s played that to his strength, right back into the prime minister’s office.”

But Trudeau is different from his father, a man known for a fierce intellect who didn’t suffer fools. The younger Trudeau is more of an inspirational candidate, with Barack Obama being his US equivalent.

"He’s created a lot of high expectations with that," she says. “Now he has to get down to the practicality of governing.”

But while Trudeau and the Liberals are celebrating, Stephen Harper must be kicking himself. Canadian law says elections will take place every four years. But the prime minister still needs to call for an election. Lynch says Harper’s Conservative Party believed they would triumph because they had a bigger piggybank.

“They would be able to out-campaign and out advertise,” she says.

Yet as Lynch puts it, Harper not only underestimated Trudeau, the prime minister openly mocked the upstart. Election advertisements took pot shots at Trudeau’s good looks. The quote, "Nice Hair, though," was the attack ad that ended up being used against the Conservatives.

“That wasn’t resonating with people who already saw Stephen Harper as someone who was ready to belittle those who did not agree with him.”

That's why Lynch thinks this election was a national referendum on Harper.

Canada likes to clean house every so often. So if they feel like an administration has been in power too long, they put a stop to it.

Such was the case with Harper.