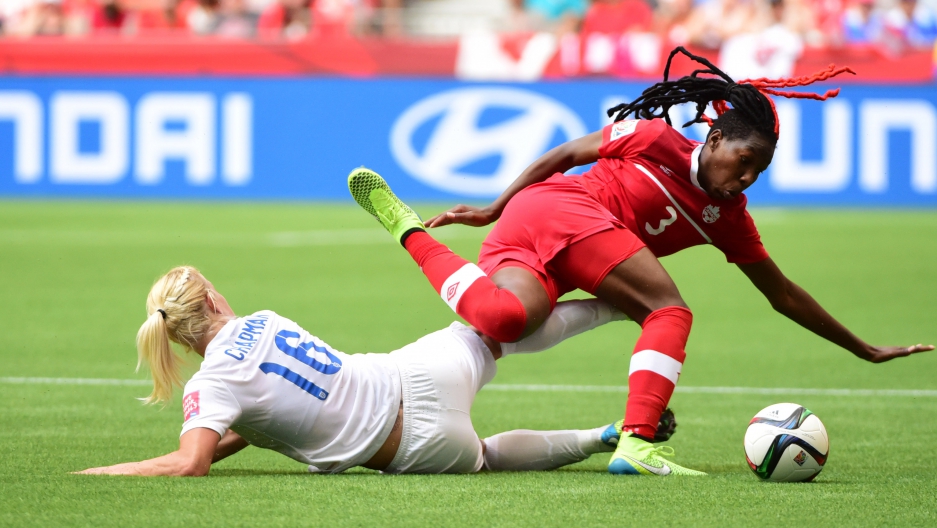 Canadian soccer phenom Kadeisha Buchanan is one of 10 players shortlisted for FIFA’s 2015 Ballon D'Or, which honors the women's player of the year.

The 19 year old plays collegiate soccer at West Virginia University. She is the only player on the list who doesn’t play on a professional team.

But Buchanan, a defender, received global attention at the Women's World Cup in Canada this past summer, when she won the Hyundai Young Player Award.

“When you’re playing college ball, a lot of time you are devoted to your NCAA team so you’re not seen on an international stage,” explains Canadian sports journalist Sandra Prusina. “What really worked out well for Kadeisha was the fact that the Women’s World Cup was in Canada so she was on a bigger stage, a more high-profile stage.”

The US, which won the World Cup in July, has three players on the shortlist: Hope Solo, Megan Rapinoe and Carli Lloyd.

Buchanan, from Brampton, Ontario of Jamaican-born parents, is a longshot to win the Ballon D’Or.

Carli Lloyd is the frontrunner after her outstanding performance at the World Cup where she won the Golden Ball as player of the tournament, the Silver Boot as second-top scorer and was honored for best goal of the tournament.

“There’s no question that Carli Lloyd deserves that award,” says Prusina. “Her prolific performance is something that won’t be forgotten. It was a performance for the ages. I absolutely do think it is Carli Lloyd’s trophy — and it’s well-deserved.”