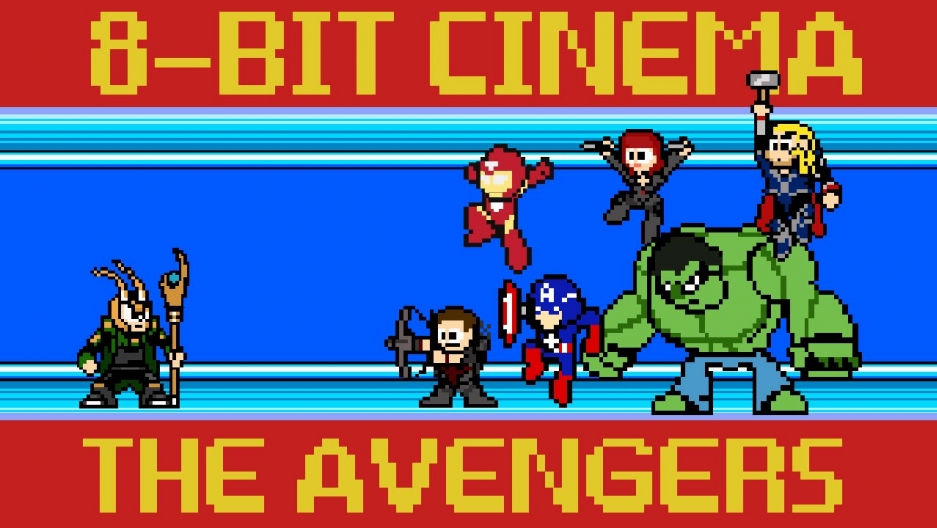 If you grew up in the 1980s, you're probably very familiar withthe style of video games made by Atari, ColecoVision or Nintendo ---horizontal scrolling,stripped down synthesizer music, and 8-bit computer animation. Wereally had to use ourimaginations back then to pretend the graphics were much better than they were. But that style has its charms, inspiring8-Bit Cinemaon YouTube.

Filmmaker David Dutton and his brother, music composer Henry Dutton, lovingly re-imagine today's Hollywood blockbusters as they would be if they were tackled by1980s game designers. The Duttons arepart of the creative teamat CineFix, a site that offers original content and commentary for nerds and geeks everywhere. Their latest production for 8-Bit Cinema is Mad Max: Fury Road.

They do their animationwith After Effects and Photoshop ---which is almost too smooth compared to the technology they'retrying to emulate. Although, watching the 8-Bit recreations of action movies like Captain America 2: Winter Soldier, it becomes apparent how muchtoday's action movies owe a debt to video games of yore.

But themore impressive games are based on movies that never should be games at all, like The Big Lebowski.

Or the surrealEternal Sunshine of the Spotless Mind.

If these videos are making you nostalgic for your old NES, don't despair. You can play thoseclassic games right here.