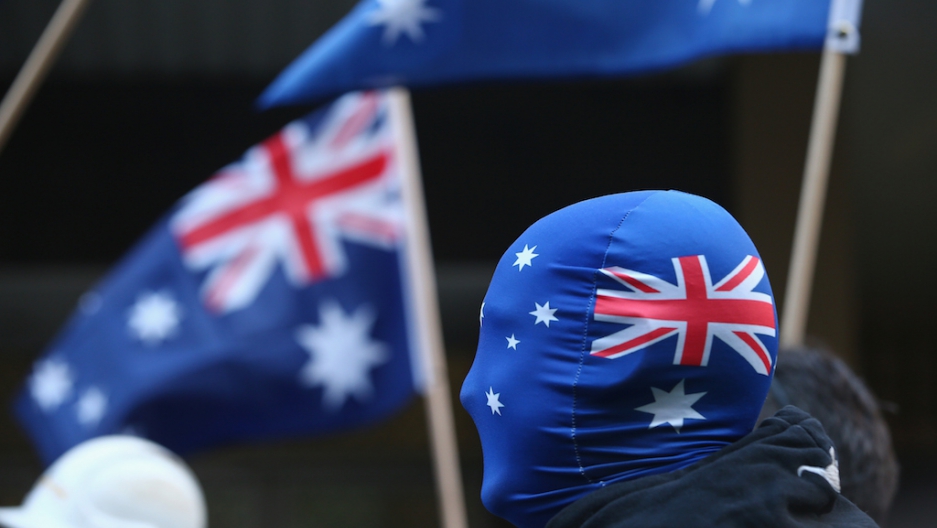 SYDNEY, Australia — Several countries in Europe have seen voters turn sharply to the right in recent years. Now it’s Australia’s turn to get a party that seeks to “save” the country from the supposed threats of Islamization and multiculturalism.

The Australian Liberty Alliance, which is due to launch Oct. 20 in Perth, decries Islam as “a totalitarian ideology with global aspirations.” Its manifesto calls for Australia to leave the United Nations Charter on Refugees and to introduce a 10-year moratorium on visas for applicants from any of the 57 countries that belong to the Organization of Islamic Cooperation.

The fledgling party speaks to growing fears of radical Islam among Australians. In recent months anti-Muslim sentiment has seen protesters picketing mosques and rallying to “Reclaim Australia.” The shooting of a Sydney police accountant by a 15-year-old Muslim in early October was followed by a new wave of alarm over the radicalization of young Australians, an issue that Prime Minister Malcolm Turnbull called a security summit to address.

Protestors march through the streets of Bendigo on Oct. 10, 2015, to voice their discontent with a planned mosque, immigration policies and multiculturalism.

Cheered from across the globe by US anti-Islamic commentator Pamela Geller as an “initiative for freedom,” the Australian Liberty Alliance now adds its name to a roster of right-wing, anti-Islam, populist parties that have become increasingly successful across Europe.

Parties like the National Front in France, the Freedom Party of Austria and Hungary’s Jobbik feed off economic insecurity and the perceived threat of foreign cultures, stoked of late by the arrival of record numbers of refugees from the Middle East. In national and European parliaments, anti-immigration parties now have more seats than ever before.

Can the ALA hope for similar success in Australia? It seems unlikely.

Their rallies and rhetoric make headlines across the world, but in Australia the anti-Islam movement remains a fringe one. Proof of just how fringe: a widely publicized anti-Islam protest in front of a mosque in Sydney this month attracted more journalists and police than protesters.

This is seriously the entire anti-Muslim side of the protest. pic.twitter.com/Yywj75EBSS

100 m exclusion zone now in place, cops protecting journos from other journos at this stage. pic.twitter.com/r5s0A3dDs7

Other demonstrations were dwarfed by counter-protests. In a nation that prides itself on being, as the prime minister recently put it, “the most successful multicultural society in the world” and where 85 percent of people say that multiculturalism has been good for their country, liberals are willing to mobilize too.

“The anti-immigration vote in Australia is already split between various right-wing parties and the governing Liberal Party,” Benjamin T. Jones, a political historian at Western Sydney University, told GlobalPost. Restrictive policies on immigration and asylum seekers, the cornerstone of far-right manifestos in Europe, have already been adopted by Australia’s mainstream parties.

The far-right has made inroads into Australian politics before. The anti-immigration One Nation Party is the most successful to date, its popularity peaking in 1998 when it won 8.4 percent of votes in federal elections and 22.7 percent in a Queensland state poll. It has never replicated those results. Infighting, as well as a shift to the right by mainstream parties, have since rendered One Nation insignificant on the political landscape.

Still, the ALA knows how to get attention. The keynote speaker at its launch is Geert Wilders, founder of the Netherlands’ right-wing Party for Freedom and one of the most divisive figures in European politics. On a previous visit to Australia in 2013, Wilders described the Prophet Mohammed as “a warlord, terrorist and pedophile.”

Amid controversy, the Australian government granted Wilders permission to reenter the country for his appearance at the ALA launch. But the party has not disclosed where it’s holding the event, which is closed to the press.

Even from behind closed doors, the ALA and its controversial allies will no doubt continue to generate headlines. And perhaps that’s where their real danger lies: not in the polling booths, but in the news stories, editorials and conversations that they’ll generate. The party is one more voice on the right of Australia’s public debate, shouting more and more loudly against tolerance and diversity.