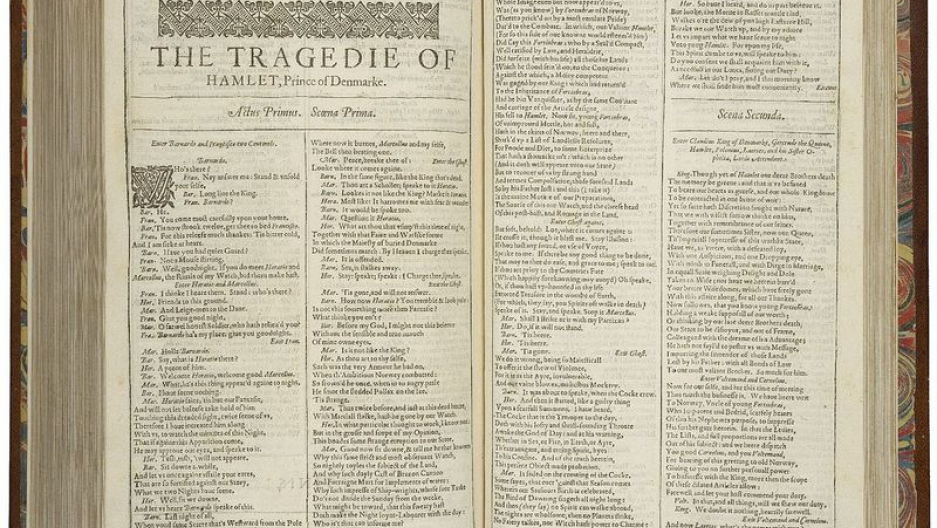 After the Oregon Shakespeare Festival announced it would commission modern-English “translations” of all of Shakespeare’s plays, Columbia University linguistics professor John H. McWhorter took to the pages of The Wall Street Journal to defend the idea of modernizing Shakespeare.

“Imagine — I really consider this to be almost a smack-down argument — imagine Shakespeare with us. And don't imagine him in black and white or as a static portrait. ... Imagine him as an actual living, breathing, sweating person. Shakespeare would be depressed to watch us sitting and pretending to understand one-tenth of King Lear, and going to his plays often as a kind of duty,” says McWhorter. “He wouldn't approve of that.”

McWhorter says we often don't even realize how much of Shakespeare we're missing.

"They’re the words that we know, but so often we don’t know what he means. In King Lear, Edmund describes himself as ‘generous.’ You think, OK, he’s talking about giving away things. No. ‘Generous’ meant ‘noble’ then. Now, that’s not a matter of poetry. It’s utterly opaque. That needs to be changed to ‘noble,’” McWhorter says.

The linguistics professor insists that a good Shakespeare translation would not ‘dumb down’ the English playwright’s language. He admits, however, that you might end up losing some structural details, and rhythm.

“But the question is, what do you want?” McWhorter says. “Do you want to listen to an English that we really can no longer take in without being scholars who are spending the kind of time that most of us ... don’t really have time for? Or we sacrifice some of that detail, some of that exquisiteness, so that we can get, say 95 percent of what the man meant. I want us to really connect with Shakespeare instead of genuflecting, which is what I think most of us really do.”

This is not the first time McWhorter has called for an update on Shakespeare’s plays.

“I first started saying this in the '90s and was basically not allowed to play any reindeer games anywhere where I said it. I remember being screamed out at a cocktail party. It's changing now. I think that the walls are beginning to break down,” McWhorter says. “It's just that I want people to love Shakespeare more.”