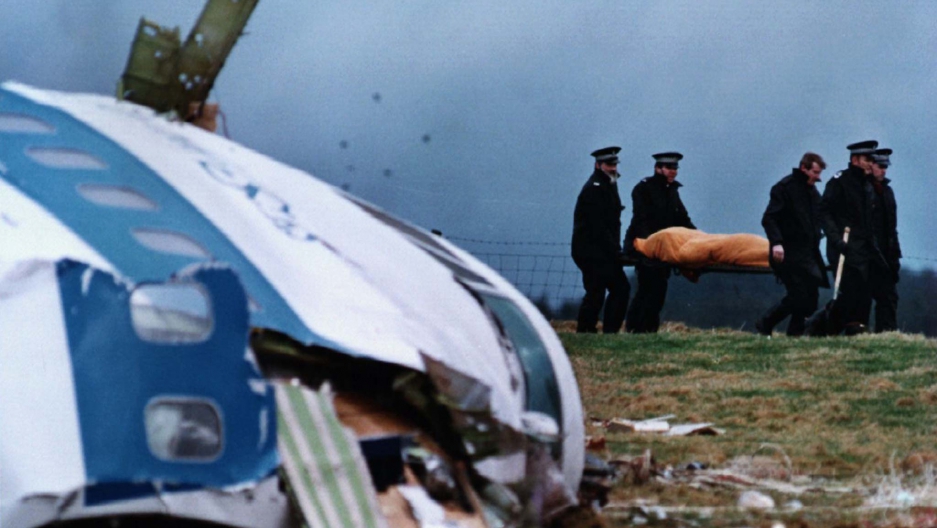 File photo from December 22, 1988, shows rescue personnel carrying a body away from the site of the crash in Lockerbie. A total of 270 people were killed when a bomb ripped apart Pan Am flight 103 over the Scottish town of Lockerbie in 1988.

Scottish and American authorities want to question two suspects in the 1988 Lockerbie bombing, and they may be in Libya.

If this is true, it will be hard to get the okay from the country, where numerous people cling to power.

"Libya has more than one authority," says BBC North Africa Correspondent Rana Jawad. "They have four to be precise. Two parliaments and two cabinets."

More about the Lockerbie Bombing

The man who may have solved the Lockerbie bombing

Looking back to Lockerbie

If they wish to pursue these two suspects, Scottish and American investigators have their work cut out for them. And don't hold out any hope the men will leave Libya.

"It's highly unlikely, no matter who is in power, for Libya to extradite the two suspects," says Jawad. "Particularly, when you look at a figure like al-Senussi — he's no stranger to, I think, a lot of people. He was Chief of Military Intelligence under Colonel Muammar Gaddafi for many decades. He's a controversial and dark figure."

Jawad says that al-Senussi knows about every atrocity, crime and illicit deal the West allegedly made with Gaddafi. Libyans are afraid that if he leaves the country, he'll never return. That means he'll never have to deal with the crimes he allegedly committed on his home soil.

And then there are the reports and video of abuse and torture in the prison where al-Senussi is being held. His lawyers have been trying to transfer him to The Hague, so a prison in The Netherlands, or in Scotland — where he could end up if tried and convicted for the 1988 bombing — sounds a lot better than the prisons in Libya.

As for Libyans, Jawad says they recognize the tragedy of the Lockerbie bombing, yet it's hard for them to care about it.

"I think generally speaking, given what Libya's going through at the moment — the fact that there is a low-level civil war — people have a lot more on their plates and on their minds to think about than 20-some-odd-year-old cases that don't really affect them," she says.