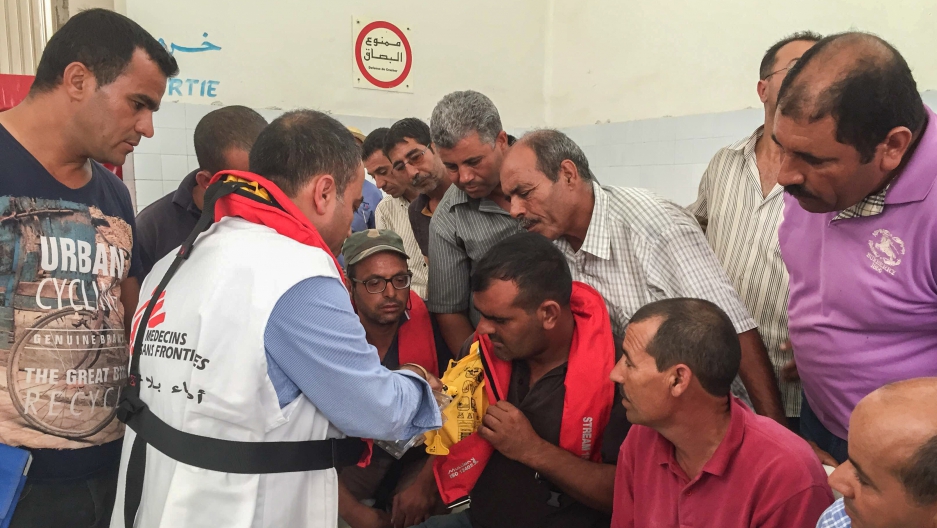 Tunisian fishermen try on life jackets offered by MSF at the end of the training. The fishermen say in general they lack the equipment to cope with boatloads of migrants and refugees in distress.

Like any fishermen, Ahmed and his friends used to look forward to what ended up in their net. Now they’re kind of dreading it. Their worst nightmare, they say, is to pick up a body.

It’s not that far-fetched.

Fishermen in the tiny Tunisian port of Ben Garden say they have been spotting corpses at sea on an almost daily basis this season, and it hasn’t just been bad luck. They dock about four miles away from the Libyan border and they operate in some of the Mediterranean's deadliest waters.

So far this year, an estimated 2,814 migrants have died on their way from West Libya to Italy, according to the International Organization for Migration.

That’s nine out of 10 deaths in the Mediterranean, taking placing right on these fishermen's turf.

Each has their own gruesome anecdote.

“Every day we go out at sea and one of us will find people — some dead, some alive,” one of them tells me. “We have to help, but we don’t always know what to do! Should we take them on board? Should we call the police?” 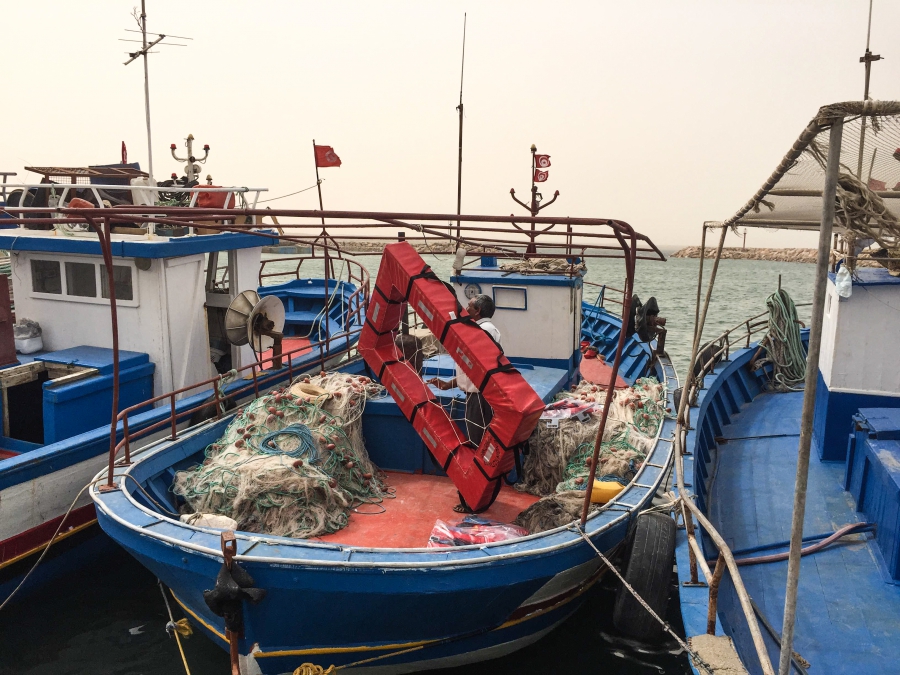 In addition to life jackets, MSF also provides one rescue raft to every fishing boat.

Thirty of them recently got some answers. Doctors Without Borders, or Médecins Sans Frontières, has been training local fishermen to do rescue missions since July. At a workshop, Ahmed Roussan of MSF walks them through different scenarios. The key, he says, is to make sure migrants don't mistake the fishermen for smugglers or coastguards so they don’t feel threatened. After that, fishermen should send a mayday distress signal with their GPS coordinates — preferably in English — so any boat around can understand.

“A lot of fishermen don't know even which channel to use to ask for help or how to use it,” Roussan says. “We teach them how to communicate very short and specific messages.”

Roussan says boats carrying migrants and refugees always need aid, but a fishermen says they refuse to help when they realize they’re still in Tunisian waters.

"Most of the time, they're only asking us for directions to Italy," one of them explains. "We tell them it's still very far, that they won't make it, especially if their boats are overloaded and in no shape for the journey. Once, I begged them to follow me to the port, but they wanted to carry on. They were convinced [the Italian island] Lampedusa was nearby so I let them go. The next day, a storm broke. The boat capsized. Dozens of bodies washed up on the shores.”

Foued Gamoudi, Doctors Without Borders' project coordinator, says fishermen can't always help. And they shouldn’t feel it’s their responsibility — but the training empowers locals to do the right thing when they can. A few days after the first workshop, Gamoudi says, one trainee encountered a boat with 550 Syrians on board. What happened next was a textbook rescue mission.

“One fisherman communicated immediately with our boat, and while waiting for the boat to come. It took four hours. They stabilized the situation, they took on board the women and children, and everybody was calm when we did the rescue."

“It was all already worth it,” Gamoudi says, referring to Doctors Without Borders training program.

He says they’ll continue the workshops until captains of every fishing boat in Tunisia's southern region are trained and equipped, creating a safety net of sorts for migrants and refugees at sea.