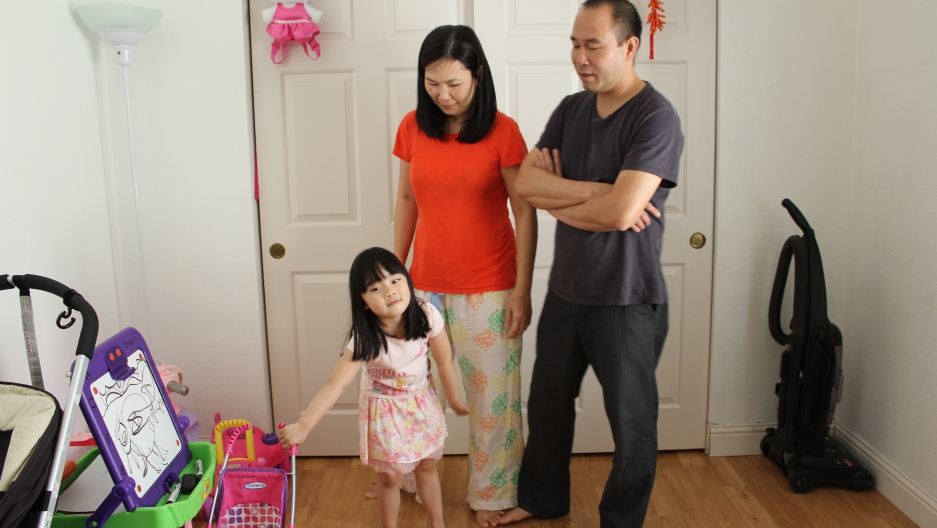 Quang Dang, his wife, Twee Nguyen Ngo, and their daughter, Queenie Dang, at home in Mountain View, California. They speak Vietnamese at home, but Queenie is learning English fast at her pre-school. Her parents want to communicate more at her school, but are stuggling to learn English.

Quang Dang moved to California from Vietnam four years ago. Now he's racing with his pre-school daughter to learn English, and he doesn't get nearly the support that she gets. Welcome to the immigrant language gap.

In California, more than 40 percent of public school students speak a language other than English at home. While the kids are immersed in English in school, their parents often find it hard to keep up, and classes for them are disappearing.

Quang Dang is trying to fight that gap. I met him at an English as a Second Language (ESL) class at a community center in Mountain View, California - in the heart of Silicon Valley. He and 10 other parents, mostly from Mexico, are all new to America and all have young kids.

The second reason is that they want to be involved in their kids' education. They want to ask basic questions of their teachers. Their number one question: How is my child behaving?

Patricia Baquedano-López, a professor at the University of California, Berkeley, Graduate School of Education, recently met with a group of immigrant parents and told them, "Your child is the majority student population at this school. And the mothers were like, ‘I didn’t know that.’ And they started thinking that none of us are on the PTA.’” A big reason is the language gap.

Baquedano-López says some schools are holding separate PTA meetings in Spanish. But tight school budgets make efforts like this rare, so the responsibilty falls on parents to learn English. And that’s not easy.

ESL classes at local community centers are vanishing. When state budgets tighten, like California’s did during the recession, ESL classes get chopped and often don’t come back. It’s the same story nationwide.

Quang Dang is thankful for his ESL class, and his English is improving word by word.

After class, I go with him to a pre-school to pick up Queenie, his four-year-old daughter. Dang hangs back, away from the classroom and other parents. Zero interaction.

When we go to his house in a nearby mobile home park, I meet his wife, Twee Nguyen Ngo. She is sewing numbers and names on the back of hockey jerseys for the San Jose Sharks, the kind that are sold at the stadium’s gift shop. I thought this was something done at a factory, but here she is making them for $9 an hour. 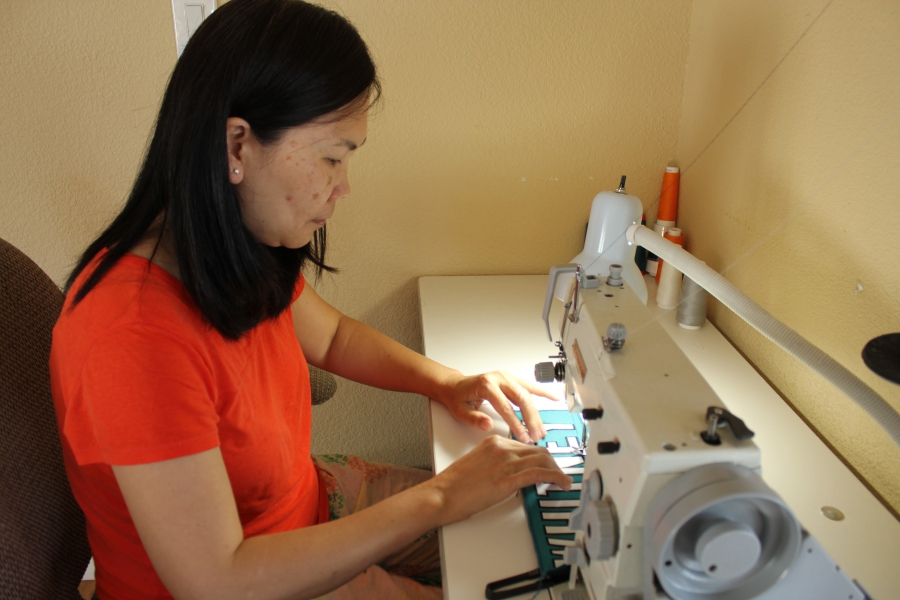 Twee Nguyen Ngo, from Vietnam, studied English at a community college not long after arriving to California about five years ago. But when she had her daughter, she had to stop, and now she works full-time sewing letters and numbers onto hockey jerseys.

She studied English once too, at a community college. "I studied five or six months. That's it," she says. She had Queenie and then had to work. Traveling to the community college for ESL, about a 30-minute drive away, is too far. So the idea now is that her husband, Dang, will try and learn English.

As for Queenie, she’s shy about talking to me in English — but does get excited when her dad pulls out the book he’s reading for his ESL class. A kid’s book. They sit on the couch and practice, and they’re pretty much at the same level — for now.  Queenie will almost certainly zoom ahead. And recent news will make it that much tougher for her dad to learn English.

His ESL class got canceled. Tight budgets. Not enough students. So far, he hasn't found another, but he’s looking.