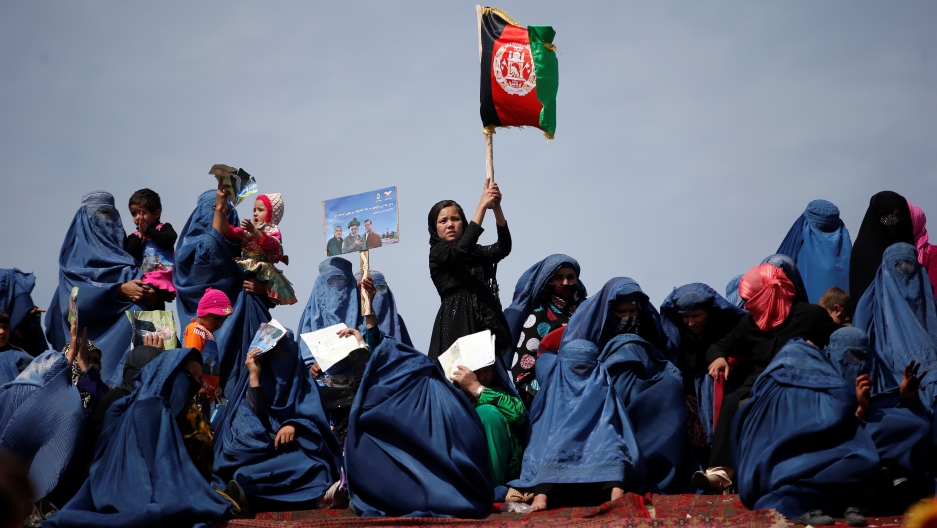 Sunita Viswanath, the co-founder of Women for Afghan Women (WFAW), says that up until the Taliban attack on Kunduz in September, her grassroots program — a community of shelters located in 13 Afghan provinces — had always been warned about simmering threats nearby. But not this time.

"We didn't have any signs," says Viswanath. "Any warnings. It's the first time. It's a new and terrible day in Afghanistan."

Professional, educated women, who were teachers, engineers and community leaders supported and nurtured by programs like Viswanath's, were driven out of town by the attack, and it is not certain when they will return.

One of them, Hassina Sarwari, ran a shelter for women who were victims of violence. "If we had captured her, she would be hanged in the main circle in Kunduz city," said a local Taliban leader.

Sarwari works with Viswanath's WFAW. When the Taliban took the city, their staff and clients fled, and almost all of them made it to safety. The husband of one of their staff members was killed.

Viswanath calls for President Obama, and world leaders to commit to nation building in Afghanistan, before all the progress that's been made for women across the country recedes suddenly like in Kunduz.

"I think of a young 11-year-old girl from Kunduz who was raped by a Mullah — her teacher, her Koranic instructor," says Viswanath. "Now, this young girl has the spirit of a more familiar name to all of the listeners, Malala Yousafzai. So this young girl, her case was fought by our lawyers — Women for Afghan Women's lawyers. And in an unprecedented turn of events, the rapist was put away for 20 years even though he invoked Sharia law and said he would marry the girl and take lashings."

Viswanath believes that the judge's bold ruling may have been influenced by WFAW's ongoing human rights trainings.

"And then, this 11-year-old girl in the courtroom, and nobody asked her to do this — removed her veil, looked the Mullah in the eye, and said 'God will not forgive you.' That young girl represents the spirit, the resilience of the people of Afghanistan."