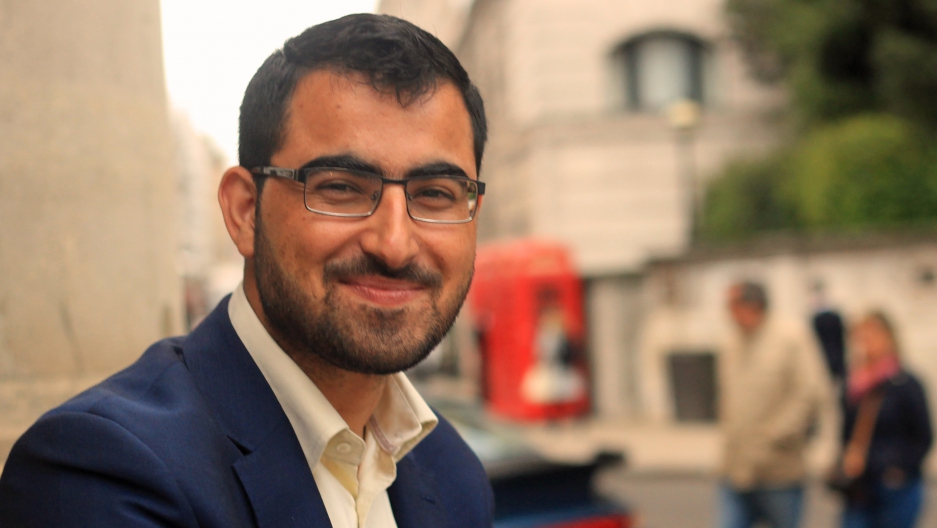 Before the US invasion in his country, Gulwari Passarlay was a shepherd, spending most of his childhood with his grandparents in Afghanistan's mountains.

But then everything changed with the US invasion.

"All I could hear at night was the sounds of guns and rockets and airplanes,” Gulwari recalls.

It was in a conflict with US troops and the NATO-backed Afghan army that Gulwari’s father and five other members of his family were killed. After that, the Taliban came looking for Gulwari and his brother. They wanted to recruit him so that he could take revenge.

“They were actively seeking us to join them and they were threatening us,” he says.

Gulwari’s mother feared for her sons. She wanted them out of Afghanistan immediately. The plan was to get them to Europe.

So the brothers left Afghanistan for Pakistan. But once there, the two were separated. Gulwari, then 12, continued the journey alone. His trek took him to nine different countries, including Iran, Turkey, Greece and Bulgaria.

“I used all sort of transport…by foot, by planes, by cars, you name it,” he says. “I went through hell. I saw death with my own eyes,” he says.

Gulwari spent time in a jail in Turkey. He was sent back to Iran, from where he had made the journey to Turkey. He went hungry for days and walked for days on end. He hitchhiked his way across borders and finally managed to get to the UK — his 10th country — hiding in a banana truck.

When he finally made it to the UK, Gulwari’s ordeal wasn't over. “The journey itself was really hard but being in England was as hard as the journey,” he says.

That’s because he had to prove his age, his nationality and that he was a refugee.

“It took me five years to prove that I was a genuine refugee and I needed protection,” he explains.

But Gulwari wasn’t one to give up. Taken in by a foster family, he managed to go to school and learn English pretty fast. Now 21, he will soon start his studies in politics and philosophy at Manchester University. He hopes to one day be able to go back to Afghanistan and help those in need.

“My hope is to make sure people like myself don’t have to leave Afghanistan and mothers don’t have to send their kids away,” he says.

Gulwari Passarlay has written a book about his journey called "The Lightless Sky: An Afghan Refugee Boy’s Journey of Escape to a New Life in Britain."