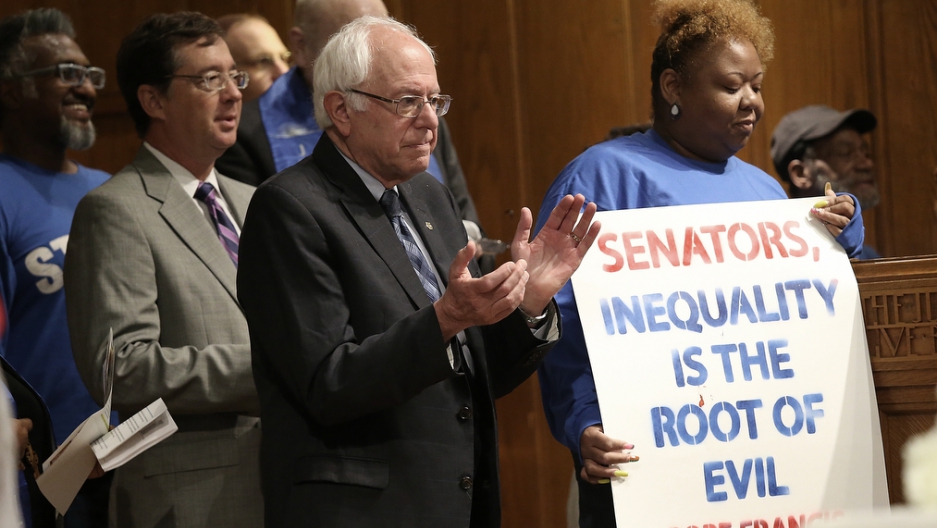 If Bernie Sanders were to win the Democratic presidential nomination, having a shot at the White House would certainly involve explaining to the American people, especially moderates and conservatives, why he identifies as a "Democratic Socialist."

CHUCK TODD: Are you a capitalist? @BernieSanders: No. I'm a Democratic Socialist.

The S-word, you see, frightens a lot of Americans.

A Pew Research Center survey conducted in December 2011, shortly after the Occupy Wall Street protests, which highlighted the growing wealth gap between the rich and the poor, found half of all Americans still had a positive view of capitalism, while 60 percent had a negative perception of socialism.

“Socialism is a far more divisive word (than capitalism), with wide differences of opinion along racial, generational, socioeconomic and political lines,” Pew said.

“Fully nine-in-ten conservative Republicans (90 percent) view socialism negatively, while nearly six-in-ten liberal Democrats (59 percent) react positively. Low-income Americans are twice as likely as higher-income Americans to offer a positive assessment of socialism (43 percent among those with incomes under $30,000, 22 percent among those earning $75,000 or more).”

A Gallup survey this summer found similar anti-socialist views among American voters, half of whom said they wouldn't vote for a socialist candidate.

It's not hard to see why this is. For many Americans the word "socialism" still carries the associations with authoritarianism that it acquired during the Cold War. That explains why some opponents of Obama's Affordable Care Act were calling it the same thing Ronald Reagan called Medicare in 1961: "socialized medicine." Combine those negative Cold War associations with the fact that a significant portion of the American electorate wants to shrink government, limit spending, and cut taxes, and you realize that Bernie Sanders has his work cut out for him if he's going to proudly wave the socialist flag.

One thing Sanders has on his side: social welfare policies enacted overseas in nations that consistently rank more highly than the United States in terms of happiness and prosperity. If Sanders can convince Americans voters that this is what he's talking about when he talks about "socialism," maybe he'll have a shot.

Here are five things other countries do that could change American minds about socialism.

Since the 1930s, the Finnish government has been issuing pregnant women with a cardboard box filled with the sort of stuff they will need when their baby is born: clothes, nappies, toys, sheets, blankets and a mattress. Babies often end up sleeping in the same box, which has been credited for the country's low infant mortality rate of two deaths per 1,000 live births in 2014 — one-third of the rate in the United States.

More than a year of paid parental leave

Sweden has, hands down, one of the best parental leave systems in the world. Parents are allowed to take 480 days, or 16 months, of paid leave to look after their children — biological or adopted. The leave only expires when the child is eight years old. If that wasn’t generous enough, the Swedish government wants to force new dads to take a minimum of three months paid leave.

No job? No worries, at least if you are in Denmark and worked 52 weeks in the previous three years. Unemployed Danes are entitled to 90 percent of their average earnings. Despite the extremely generous allowance, the Danish unemployment rate was a seasonally adjusted 6.3 percent in August, one of the lowest in the European Union.

Free healthcare for everyone 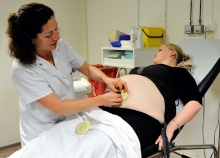 Planning to have a baby? Go to France. The country’s universal health care system has long been lauded as one of the best in the world. It uses public and private funding to cover pretty much everyone, including the unemployed and undocumented immigrants applying for residency.

And it’s particularly generous to expecting mothers, as American Claire Lundberg found out when she got pregnant while living in Paris.

“From the sixth month of pregnancy to 11 days after a child’s birth, the government covers a woman’s medical expenses in full,” Lundberg wrote in Slate.

“… had I managed to book a bed in one of the public wards (of a hospital), my birth would have been completely free, paid for entirely by the government’s Assurance Maladie.”

Long holidays (that are paid)

Austrians get a lot of time off every year. A 2013 study by the Center for Economic and Policy Research found Austrians receive 38 statutory paid holiday and vacation days a year, topping a list of 21 rich countries that included 16 European nations, Australia, Canada, Japan, New Zealand and the United States, which ranked last with zero days.