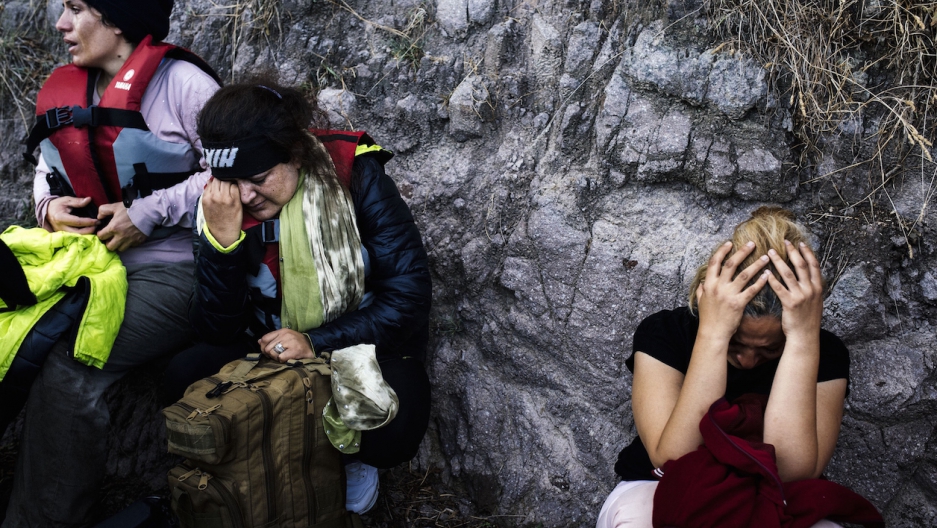 Migrant women react shortly after arriving with other refugees and migrants on the Greek island of Lesbos, after crossing the Aegean sea from Turkey, on Oct. 12, 2015. Greece was hit by a huge new surge in migrants as the United Nations on Oct. 9 approved a European seize-and-destroy military operation against people smugglers in the Mediterranean.
Credit: DIMITAR DILKOFF
Share

A generation from now, schoolchildren will be shown the image of a drowned 3-year-old lying face down on a beach.

They will look on in stunned silence, transfixed by this boy who could easily have been their little brother or a younger version of themselves. And their teacher will tell them how this tragic photo of lifeless Alan Kurdi sums up the historic global shame in 2015 as the international community failed to help millions of vulnerable people amid the worst refugee crisis since World War II.

It is up to world leaders — especially those in the largest and richest economies — to decide how this history lesson will end.

More from GlobalPost: How social media transformed the image of a drowned Syrian child into an iconic symbol

What will their legacy be for generations to come? Will they continue to shed crocodile tears while investing in fortifying their borders and ignoring the plight of millions of refugees? Or will they find their moral backbone and live up to their responsibility to assist those with a right to protection? 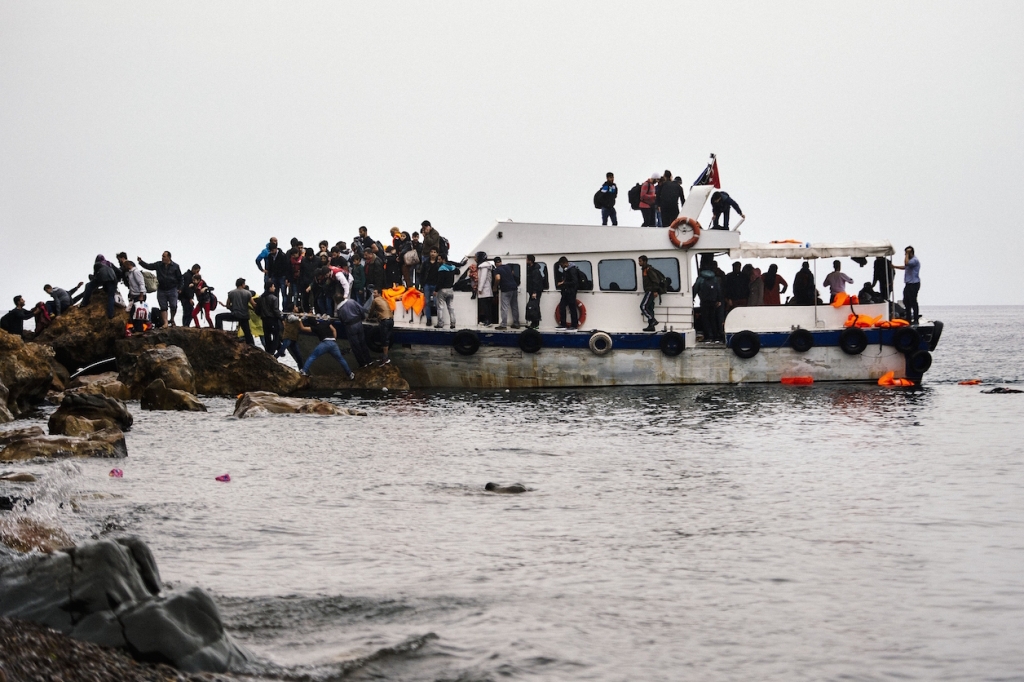 Refugees and migrants arrive by boat to the Greek island of Lesbos after crossing the Aegean sea from Turkey on Oct. 11, 2015.

Alan was only one of thousands around the world who died this year fleeing conflict and persecution. In tragedy after heart-breaking tragedy, their corpses washed ashore, were found crammed into doomed vessels or disappeared into the depths of the Mediterranean, Aegean and Andaman seas, never to be seen again.

Poorer countries bear the brunt of coping with the world’s refugee crises.

The numbers have swelled in recent years as countless people make the crushing decision to leave all they hold dear in their home countries.

They are motivated not by selfish desires, but safety for themselves and their loved ones. War, atrocities and terror have driven them out of Syria, Iraq, Afghanistan and the multiple conflicts of sub-Saharan Africa. Persecution has forced many more to flee countries like Eritrea, where opposition is met with an iron fist, and Myanmar, where members of the Muslim Rohingya minority have faced decades of state-sponsored discrimination.

More from GlobalPost: A daily hustle to survive: This is the life of a Syrian refugee

It is precisely for situations like these that the global refugee protection regime was created after the horrors of World War II.

But we have a short memory. This scheme will be left in tatters unless world leaders heed the lessons of history and change course now.

While the increase in the number of refugees reaching the European Union has dominated headlines in recent months, poorer countries bear the brunt of coping with the world’s multiple refugee crises. Turkey and developing countries mainly in the Middle East, Africa and Asia host 86 percent of the world’s 20 million refugees.

Wealthier countries are not doing nearly enough to share the burden. Thousands of migrants and refugees begin walking toward the Austrian border on Sept. 4, 2015 near Budapest, Hungary.

Humanitarian appeals for refugee crises are consistently — and often severely — underfunded. António Guterres, the UN High Commissioner for Refugees, warned in September that global humanitarian appeals were “financially broke.” This has a devastating impact on refugees’ access to food, medicine and other humanitarian assistance.

Instead of responding to this challenge, leaders in the rich world have devised ways to keep people outside their borders or away from their shores while thousands die at sea or endure squalid conditions in the shadow of razor-wire fences. This is moral bankruptcy.

More from GlobalPost: Austria held thousands of refugees in a squalid camp run by a for-profit company

Ultimately, refugee crises end when their root causes are addressed. States should seek to end conflicts and widespread human rights abuses — but these are difficult goals which take time to achieve.

However, there are things the world’s richest countries can do now to lessen the devastating impact of the refugee crises.

Amnesty International is calling for concerted action in eight priority areas. These include fully funding humanitarian appeals and finding resettlement places for a million of the most vulnerable refugees — less than one-tenth of this number were resettled last year. Safe and legal routes to seek asylum are also needed so refugees are no longer forced to embark on perilous journeys.

While the crisis is too immense for individual states to solve, the international community can and should work collectively to share the responsibility of resettling and welcoming refugees.

There’s still time to change course on this moral failure, and to help millions of refugees.

Next month the leaders of the G20 will meet in Turkey, the country where young Alan Kurdi washed ashore, and which currently hosts more than two million refugees — more than any other state.

Those leaders should not leave the room until they have a concrete plan with clear timelines to guarantee full and sustainable humanitarian funding for the world’s multiple refugee crises, and a system in place to share the responsibility of resettling the most vulnerable refugees globally. Anything less would be another failure of leadership.

It’s too late to help Alan Kurdi or the thousands of others who already lost their lives. But there’s still time to change course on this moral failure and to begin to help the millions of refugees still desperate for a humanitarian lifeline.

If world leaders care about their legacy, they must do that, starting today.

Salil Shetty is the Secretary General of Amnesty International.