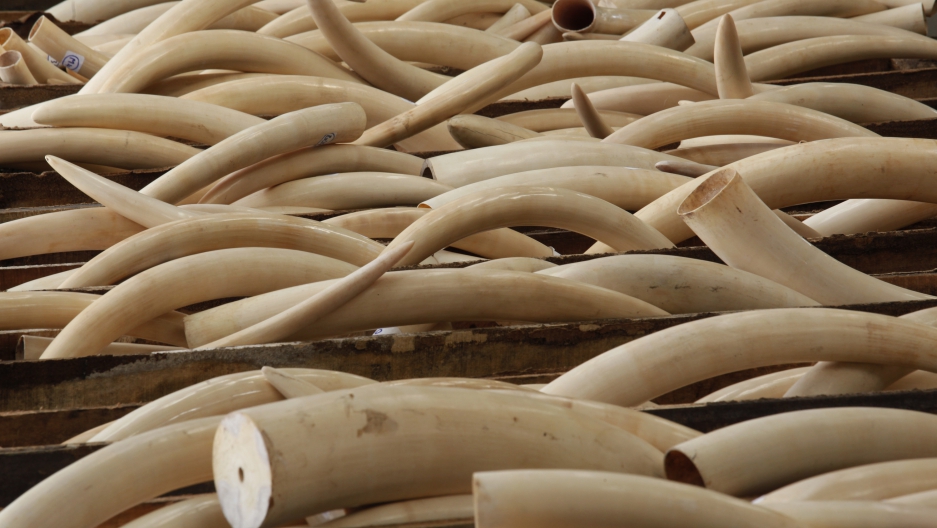 Ivory tusks are highly prized in China.  A woman known as the "Queen of Ivory" was arrested for smuggling more than 700 elephant tusks from Tanzania to China. Authorities call this arrest a major breakthrough in the fight against elephant poaching.

A major break in the illegal ivory trade in Tanzania has netted an unusual suspect: a 66-year-old grandmother from China, charged with trafficking ivory worth more than $2 million.

For more than a decade Yang Feng Glan, who has been nicknamed the "Ivory Queen", trafficked elephant tusks all over the world, particularly to China, where ivory is prized not just as a traditional herbal medicine, but also as ornaments indicative of elevated status in middle class homes.

The host of a popular Chinese restaurant, Glan was perceived as a respectable member of society, even chairing Tanzania's China-Africa Business Council, says Ruth MacLean, a reporter who covered the story for the Times of London.

Tanzanian authorities had been watching her for two years, says MacLean. They finally arrested her after a high-speed chase across Dar-es-Salaam. She is charged with trafficking 706 elephant tusks between 2000 and 2004. She faces 30 years in prison.

Conservationists have criticized Tanzania for not doing enough to combat the illegal ivory trade. In the past, it has been alleged that officials were colluding with poaching gangs, said MacLean. Glan's arrest shows that the government is now taking the dwindling elephant population seriously, she added.

Tanzania's elephant population fell by more than 60 percent from 2009 to 2014, according to an official census released in June.

"Police are trying to track the passage of the ivory," said MacLean. "The positive thing is that her arrest may lead to more arrests."

But poaching gangs have, in the past, proven elusive and also quick to change tactics and recruit aggressively.

Still, conservationists and government authorities are jubilant at having snared Glan, who is considered a major lynchpin in the Tanzanian smuggling pipeline.

"Other foreign smugglers have been picked up by authorities in South Africa, but in Tanzania, Glan is definitely the biggest player," MacLean confirmed.

Tanzania has the distinction of being the primary exit point for illegal ivory from Africa.