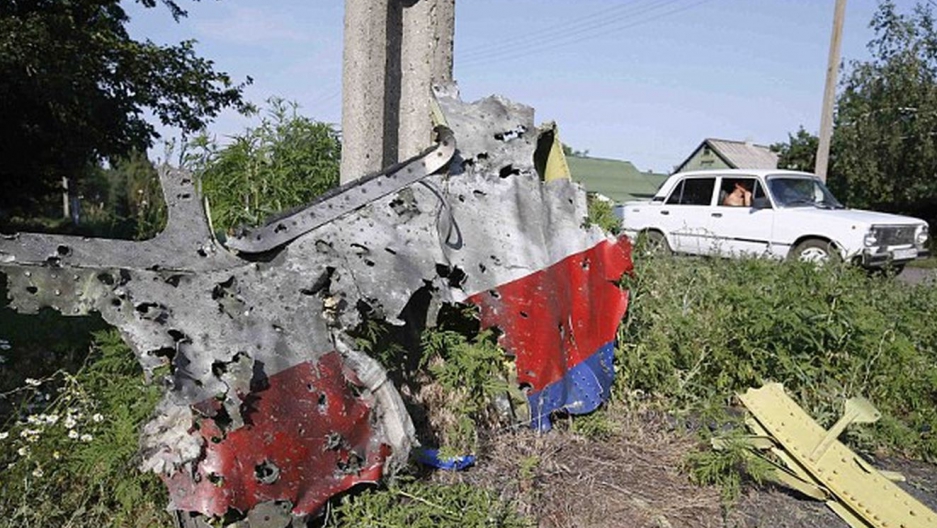 A piece of the plane wreckage of the Malaysia Airlines Flight MH17 near the Ukrainian village of Petropavlivka.

The Dutch Safety Board this week will release its final report into what caused Malaysia Airlines flight 17 to crash in eastern Ukraine last year. All 298 people on board were killed.

An earlier report revealed the airliner that left Amsterdam for Kuala Lumpur was hit by multiple "high-energy objects from outside the aircraft.'' That’s led to speculation that it was attacked by a surface-to-air missile, specifically a Russian Buk SA-11 missile.

But a big unanswered question remains: Did Russian-backed separatist rebels who were fighting Ukrainian government forces fire the missile? Or was it Ukrainian forces? Both sides have denied downing the plane. Meanwhile investigators have examined the wreckage that plunged to the ground on July 17, 2014.

Dutch report on #MH17 to be released tomorrow. Here's what we know so far: Unraveling the mystery of MH17 http://t.co/GCkGvrLOBM #Ukraine

According to the BBC’s Anna Holligan, Tuesday's long-awaited report is expected to address four questions: What caused the crash? Why was the plane flying over a conflict region where there were known to be heavy military weapons? Why did it take up to four days for some relatives of victims to get confirmation their loved ones were on the flight? And finally: Were passengers and crew aware of what was happening in the final minutes and seconds of the crash?

Holligan says this is a technical report that will not address the question of who’s to blame for shooting the missile. So even if the report confirms that the plane was blown out of the sky by a Buk missile, it will probably not explicitly blame any person or group for firing it.

"That could potentially prejudice the criminal investigation,” says Holligan. “That will be hugely frustrating for the relatives because they want the whole story. They want to know not only what caused the crash but who did it? Who’s responsible for those 298 deaths?”

Dutch investigators may also reveal as yet unknown details about the final moments of MH17 before it crashed, and that’s expected to be difficult for families of the victims to handle.

“The families who I’ve been speaking to say they don’t want to know if their relatives were conscious or aware in those final moments,” says Holligan. “They would rather not know about it. They would rather stick to what they have imagined and what they’ve made peace with.”

For example, Holligan cites the father of a 17-year-old girl who died on the flight. The father has said he believes that his daughter would have had her headphones on, probably was watching an  in-flight film like Lord of the Rings, with her knees propped up against the back of the seat.

“He thinks that she would not have known anything, and that’s how he’s been able to make peace with it. I think it’s highly unlikely that the report will reach any conclusive conclusion as to whether the passengers and the crew were aware in those final moments. It’s still a mystery because the flight data recorder stopped at 20:30 GMT, the time when the plane is thought to have been hit. So it may be that they just will never know.”

Will we ever know who did it?  Another Dutch-led international criminal investigation is now underway to investigate this question. “That’s the big question. Where did the missile come from? Who fired it? ” Holligan says. “That represents the beginning of the judicial process. But so many questions are, for now, unanswered.”

Ahead of tomorrow's Dutch Safety Board report read our open source investigation on the downing of Flight #MH17 https://t.co/HBmthtnMCy