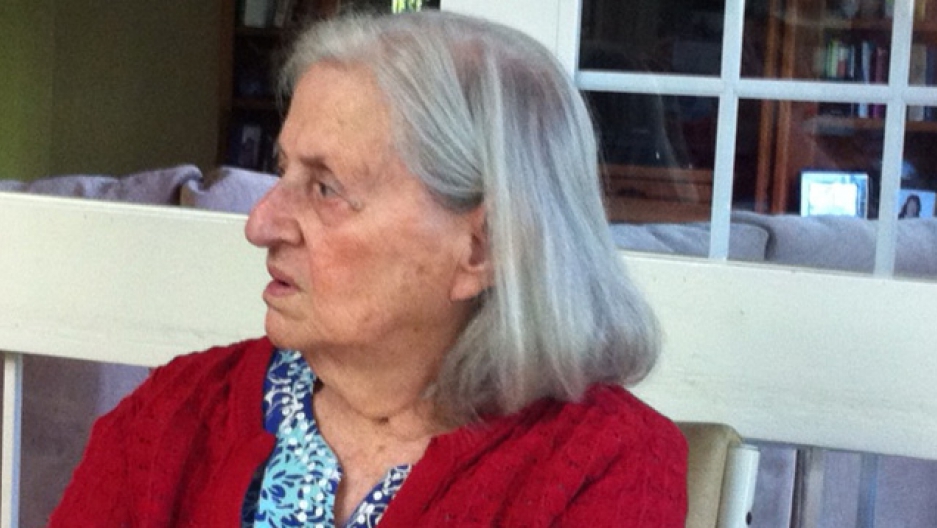 This is my grandmother, Tania Porzucki. A few years ago she had a series of strokes and dementia set in. She is a polyglot. She speaks seven languages, but since the onset of dementia she has mainly been speaking a mixture of Polish and Russian.

This week in The World in Words we talk about talking to our grandparents. 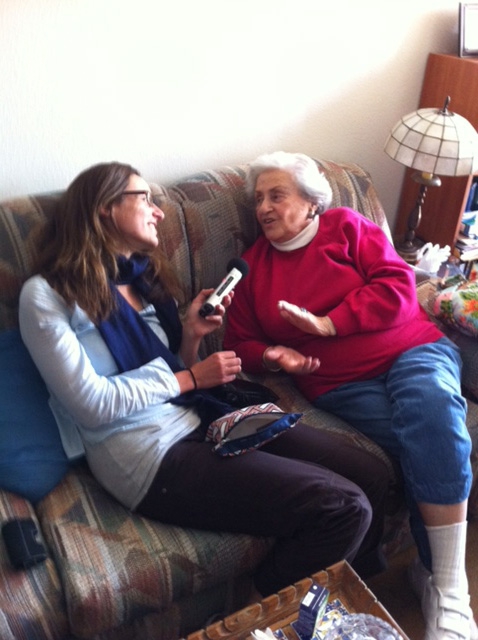 Growing up, I had no problems communicating with my grandmother. She speaks English and Polish, and Russian, and German, and Yiddish, and Hebrew, and a smattering of Lithuanian.

But a few years ago she had a series of strokes and then dementia set in. Her languages have gotten all mixed up. She's stuck in this linguistic fog and nobody in my family can find our way through. Not one of us speaks Polish or Russian or whatever combination of languages that was that she's started speaking. So the grandmother that I could always communicate with, the voracious reader, the one who told me that I hadn't really lived until I read Dostoyevsky in Russian — not that I would ever be able to — can no longer really speak to me in anything but a mishmash of the two.

I began to be curious. What was happening inside her brain that made the Russian and Polish re-appear, and the English that she had spoken for the largest part of her life recede? This it turns out is a very difficult question to answer, but there have been a series of studies about the effects of bilingualism on dementia.

I spoke with two scientists Ellen Bialystok, a psychology professor at York Univeristy in Canada and Thomas Bak, a neuropsychologist at the University of Edinburgh about their research into dementia and bilingualism.

In 2007, Bialystok published a seminal study in which she analyzed the medical records of bilinguals and monolinguals in Toronto who were suffering from dementia.

And what she found created waves within the scientific community.

“It was totally to our amazement to discover a four-and-a-half year difference of the average age of symptom onset simply as a function of whether or not these people were monolingual or bilingual. That’s a huge difference,” says Bialystok.

Neuropsychologist Thomas Bak was excited by Bialystok’s study — he’s a polyglot himself — but despite his vested interest in multilingualism he had some questions about the 2007 study. So he set out to replicate it himself in Hyderabad, India.

In this week’s podcast you’ll find out what Bak found in India. You’ll also get to hear from the expert, my grandmother, and hear a bit of my own crackpot theory as to why she’s chosen to speak Polish and Russian.

1:56 Meet my dad, Joseph Porzucki. Turns out he’s learned several Russian and Polish words from my grandmother. Not all of them clean.

3:41 Why did she revert back to Polish and Russian? Why did her English recede? This is turns out is a very difficult question to answer.

7:39 Bak had a few questions about Bialystok’s study

8:31 So Bak decided to replicate Bialystok’s study in Hyderabad, India

11:12 Bak’s theory on how/why bilingualism helps stave off the symptoms of dementia

13:28 Why has my grandmother chosen to fall back into one language and not another?

16:38 Some housekeeping notes and updates

Special thanks to Stefan Mallette who designed our new logo.