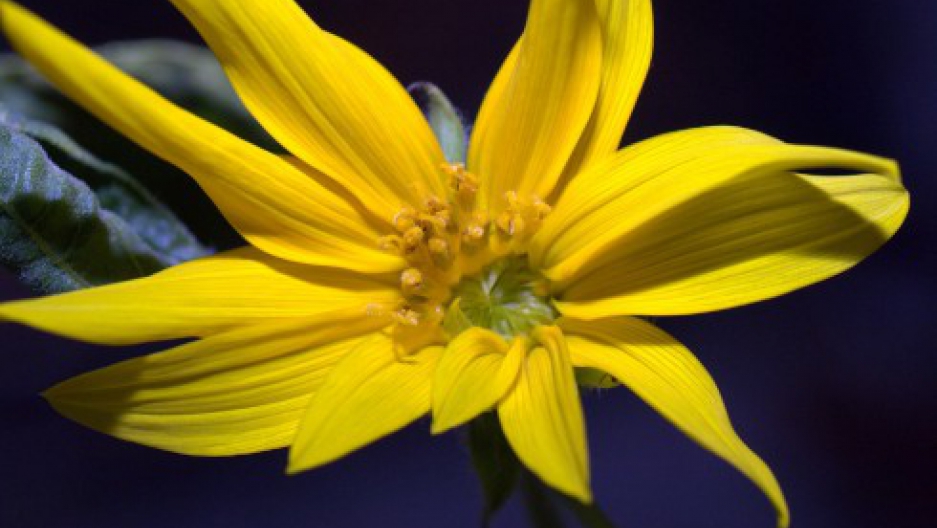 NASA astronaut Don Pettit is a bit of a space gardener. He even refers to his plants by affectionate nicknames.

“I grew three plants on my last mission,” Pettit says. “Space zucchini, and then he had his buddy space broccoli. And then there was space sunflower.”

Pettit’s foray into gardening aboard the ISS was an unofficial project — an attempt to make his residence above the clouds a little homier with the equivalent of a potted plant in the kitchen window. He had no resources from the station. No designated electricity, no fans, no computer or data transfer control. It was supposed to be a simple splash of green in a sea of machinery.

The plants grown on Pettit’s ISS “windowsill,” however, are giving scientists a lot of information about basic plant biology.

“I learned a lot from space sunflowers. And what I learned is that plants are like people. They are intrinsically lazy and, they only put out as much effort as the environment requires,” Pettit says.

Plus, as he found out, plants grown in zero gravity end up looking really unusual.

“So here I had this sunflower and he was a metre and a half long. And his stalk was maybe an eighth of an inch thick. And it was this little spindly thing that was all sinuous and bent and warped. And it only put out enough stalk material to make the vascular bundles to conduct the juices from the root ball up to the growing machinery," says Pettit.

Emily Driscoll, a video producer for BonSci films, says scientists she’s worked with have made similarly surprising discoveries with plants that have spent their entire lives in zero gravity on the International Space Station. Where botanists formerly thought that plants grew in response to gravity, new experiments are showing that may not be the case.

“What they found is that the plants that were...farther from the light started to grow down the plate but then they did this slant to the left which is called skewing. So that was really surprising to them because they had thought that skewing was a result of gravity. So something else was guiding it, and it's probably light. But it also could be different things like moisture or nutrients,” Driscoll says.

Growing plants in space is about more than just decorating the ISS or learning about plant biology. It also has real-world applications for people who may never leave planet earth.

“[It's] also to understand how plants can grow in extreme conditions here on Earth. Because of climate change and the population explosion, we're going to need to learn how to do that,” Driscoll says.

The research may even help future space explorers. Experiments in the Haughton Canadian High Arctic are working on the concept of "activating" plants. This would allow the potted seeds to be shipped to Mars ahead of time, and "activate" just as astronauts are about to land on Mars. "The plants would be growing already when they arrive,” Driscoll says.

Scientists like Pettit have grown plants on frontiers where no one has ever grown plants before. Even for such a talented botanist, however, gardening disasters still strike.

“I did manage to get a little piece of broccoli down alive [from the ISS],” Pettit says, “So it's still growing…in my backyard. But unfortunately last weekend I was mowing the lawn, and I got a little close, and I clipped them. I’m hoping he can recover from that.”