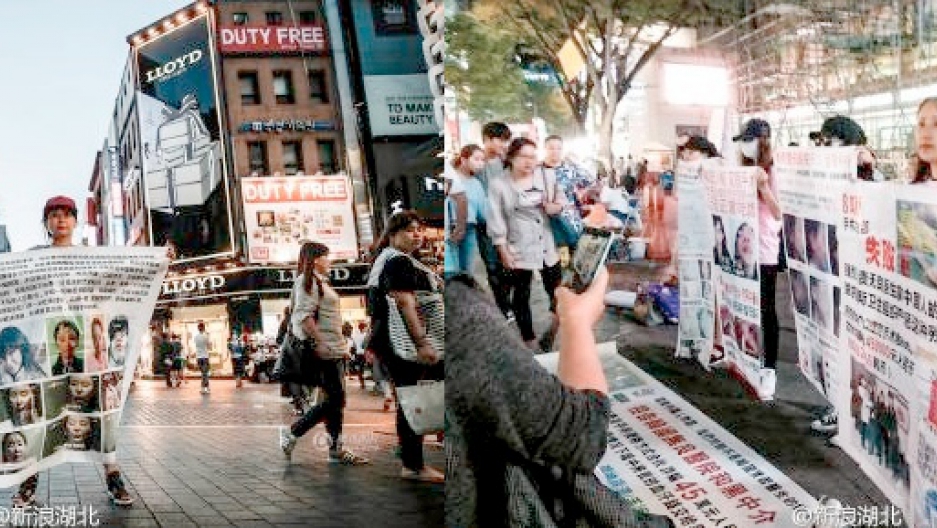 What prompted a group of Chinese tourists to spend their recent Golden Week holiday in South Korea? A protest against the botched cosmetic surgery that they said they had undergone in the country.

The failed procedures resulted in jaw misalignment, asymmetrical eye size and eyelids, crooked noses and stiff facial muscles, among other consequences. The women said they had been lured by medical agents to undertake the surgery without knowing the accreditation of the facility and qualification of the surgeons.

According to Chinese media outlets, the protesters claimed that the hospital locked them in a dark room at one point and their passports were seized. Eventually they were arrested by police.

In China, it would be illegal for the consumers to organize protests demanding awareness and compensation as the women did, but in South Korea they were able to do so legally and some of the women had traveled several times to Seoul to protest in front of the hospitals.

Since the ban on cosmetic surgery was lifted in 2001 in China, the sector has been growing at more than 40 percent annually for the past 15 years. By 2012, the sector had hired more than 20 million employees and around 70 percent of China's cosmetic procedures had taken place in unlicensed salons.

Between 2009 and 2010, more than 3.4 million cosmetic surgeries were performed in China, and on average about 20,000 complaints on botched operations are filed annually.

It has been estimated that by 2018, the plastic surgery market will be valued at more than $133.72 billion as the younger generation is more open to the idea of plastic surgery and are willing to share their experience online.

More well-off Chinese choose to visit South Korea, known as Asia's biggest cosmetic surgery destination, for the medical service. In 2014, as many as 56,000 Chinese tourists visited the country for a nip and tuck.

Face is a gift from parents

Nevertheless, not every patient is happy with the results of their cosmetic procedure, and real damage can be done if an unlicensed practitioner performs the surgery.

When the protest news traveled back home to China, it became a hot topic in the Huati section of popular social media site Weibo (#failed plastic surgery consumers protest in Seoul#). But a majority of the comments were disapproving of the elective surgery and the women's demonstration — the value of protest has not taken root in China as fast as the cosmetic surgery industry has. Many netizens clung to the idea that the body is a gift from parents:

Governments should step in

On the other hand, users with more sympathetic views suggested the governments step in to settle the dispute: