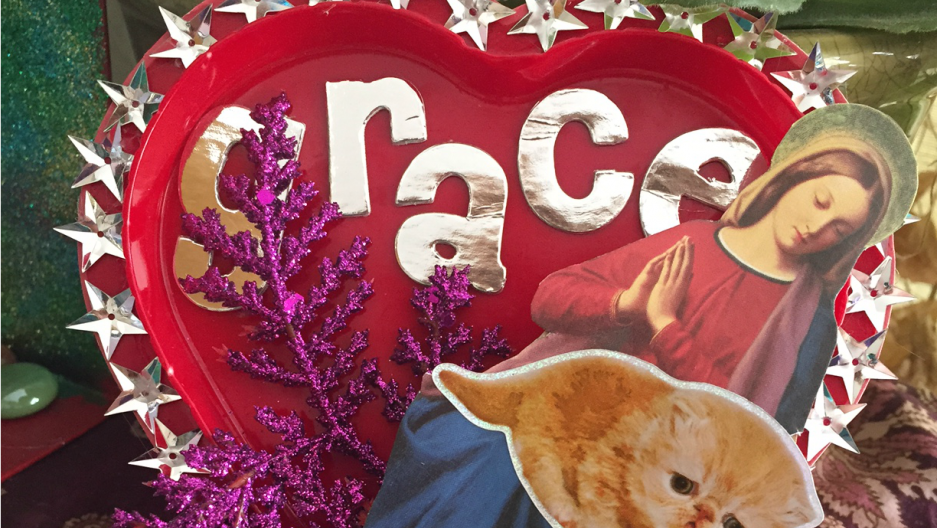 At the end of last year, we asked for your creative resolutions for 2015. We've created aFacebook groupfor everyone to track their progress through the year, and we're also following four people on our show, including areggae DJin Ohio, acalligrapherin Washington State, an aspiringdirector and screenwriterin New York, and adiorama artistin California.

Charis Styles of Oakland, California, resolved to make twelve dioramas over the year. And technically, she's still on track. "I've been making one every month, but I haven't been finishing one every month," she says. Since May, she's been unable to complete any of her projects. But she's started plenty.

There's a story I've told myself about myself, and I don't really want that story anymore. --- Charis Styles

This month's diorama is a bit darker than usual. "I've been trying to make a coffin," Charis says. "I'd like to say goodbye to, and honor parts of, myself that are changing." The centerpiece of the diorama is a "death mask" of herself she created twelve years ago. The mask will lie in a bed of fake flowers, encased by a glittered shadowbox. Oh, and cat stickers will somehow be involved.

Cat stickers seem to be Charis's trademark. They've appeared in almost all of the past ten dioramas and have played an important role in her romantic life, too. After her first date with her girlfriend, Rachel Marcus, Charis texted Rachel a photo of a cat face on a hunky male body. "It pretty much sealed the deal," Rachel says. 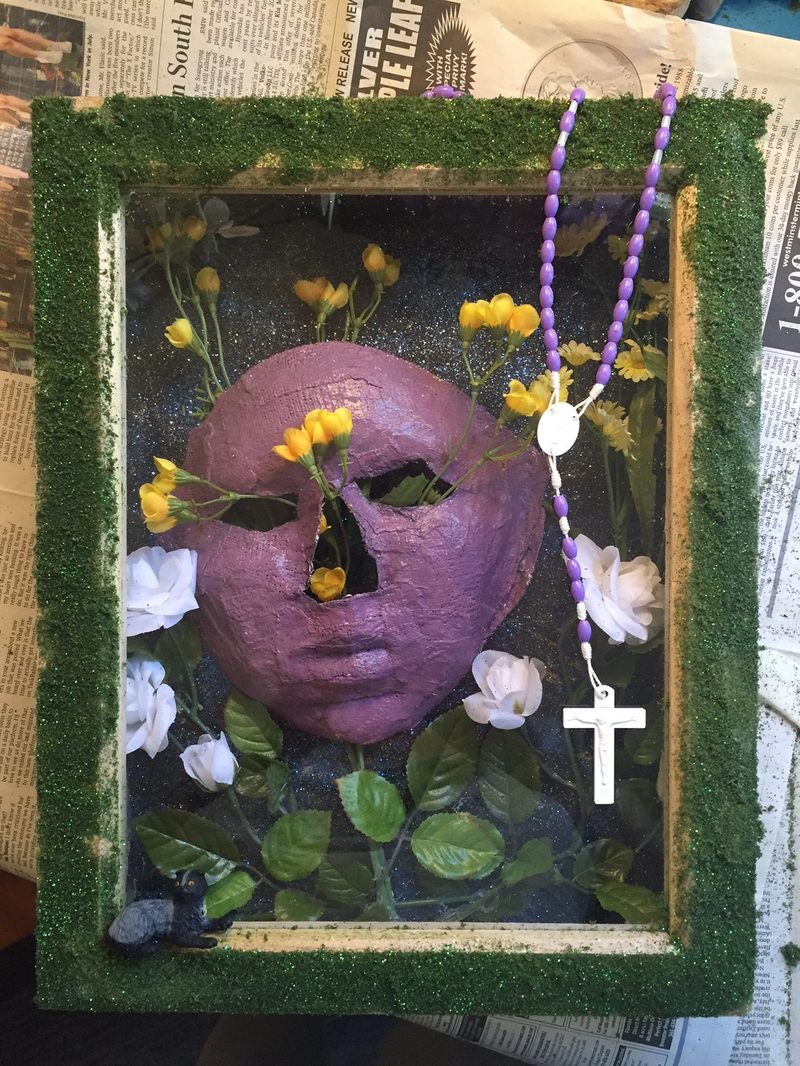