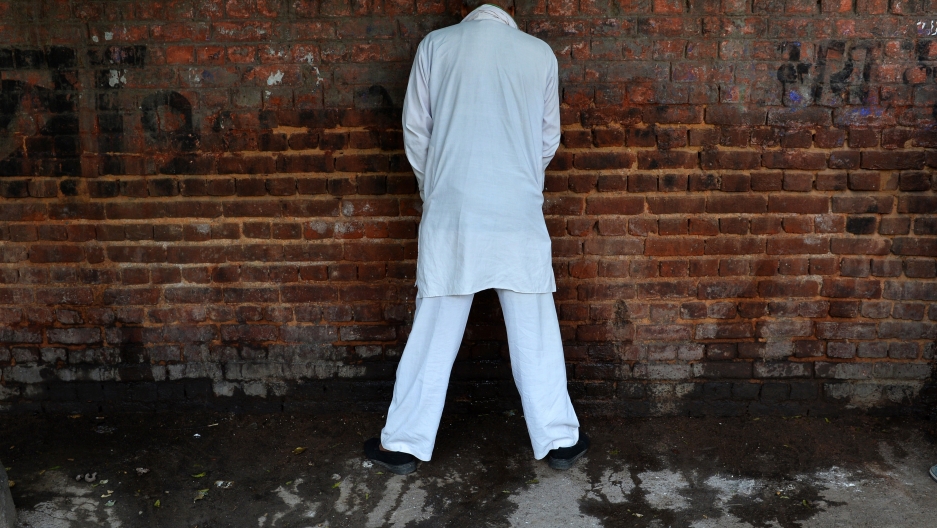 In five short years, he declared, the country would achieve what it has failed to in the 58 years since its independence: It would be clean.

By 2019, the Clean India Campaign aims to revolutionize solid waste management, eliminate open defecation and end manual scavenging, the practice of emptying out pits of raw human waste with the most basic of equipment.

“If Indians can reach Mars, can Indians not clean their streets?” asked Modi at the launch of the campaign.

Unfortunately, it just isn’t as simple as that.

More than half of India’s population do not have toilets in their homes, according to census data, leaving around 600 million people defecating in the open. Between 700,000 to 1.2 million people clean out pits of excreta manually across the country, often forced to take up the unsavory task because of their caste.

The Clean India project is expected to cost a whopping $40 billion, sourced from the central and state governments, relevant ministries and the private sector. The government has proposed to spend $20 billion on the construction of toilets alone, the funds for which will be released annually to each of the states. So far, 8 million toilets have been built.

Part of this expenditure is also aimed at changing behavior. Television advertisements and celebrity endorsements plug the project's message, from encouraging people to take civic pride in their surroundings to convincing them that open defecation is detrimental to health and hygiene.

Prime Minister Modi gets his broom out.

Some have already taken Modi’s plea for cleanliness on board. “I used to throw garbage on the street, but since last year I’ve started keeping it in my bag till I see a dustbin,” said Kunal Mohindru, a Delhi University student.

“There is still the occasional entitled oaf who litters, but at least half the people are going up [to] the dustbins now,” said Ganesh, a book vendor. The wall opposite his shop was red with spat-out betel juice.

Alongside the change in individual attitudes, municipal corporations also seem to be more responsive. “The Clean India Campaign has been a significant boost,” said Devendra Kumar, the program coordinator of Action India’s sanitation project in Delhi. “The [civic bodies] have become more alert and there has been an improvement.”

It hasn’t been a consistent improvement, however. According to Kumar, after an intensive two weeks of cleaning at the beginning of the campaign, things have slowed down. A shortage of municipal cleaners and poor working conditions only worsen matters.

“Ninety percent of these workers are daily wage laborers, and they sometimes don’t receive their salaries for five or six months,” said Kumar. “How can you expect cleanliness?”

These relatively inexpensive toilets, which discard waste into shallow pits rather than septic tanks, still require someone to empty the contents manually.

Real change will only come if the government addresses the gaps in its policy, activists say.

“A sanitation campaign could be driven and supported by the citizens of the country, but ultimately it is the state that is responsible for these tasks,” said Vimlendu Jha, who has worked for 15 years on solid waste management in India as the executive director of the NGO Sweccha.

While Jha is glad to see authorities identify sanitation as a problem, he does not see an improvement in waste governance or greater commitment from municipal bodies. There have been no policies to tackle rising waste production or efforts to segregate and recycle waste, he says, and polluters are still not held accountable.

“At the end of the day there is still garbage lying around everywhere. If we still have a country where people die of dengue and malaria, that means that something is not working,” said Jha.

India is in the grip of its worst outbreak of dengue in years, with at least 7,600 people in Delhi infected in 2015 so far. The disease, spread by mosquitos that breed in stagnant water, is just one of several sanitation-related health threats that affect hundreds of thousands of Indians each year, including typhoid, hepatitis A and diarrhea — one of the country's leading killers of children.

A heap of waste on the banks of a tributary flowing into the River Ganges in Varanasi, September 16, 2015.

One year and little measurable change later, some observers are concerned that this campaign, like many others in India’s competitive political system, is a token ploy to gain goodwill.

Take the toilets, for example. Many of the millions constructed in rural India lie unused, while people continue to do their business in the fields. Reports say the new facilities are sometimes used instead to store rice or keep goats, to the extent that the Ministry of Drinking Water and Sanitation announced plans to send inspectors door-to-door to monitor just what people are doing in rural toilets.

The failure is often blamed on a lack of awareness about hygiene. Yet these relatively inexpensive toilets, which discard waste into shallow pits rather than septic tanks, still require someone to empty the contents manually. Villagers, understandably, want to avoid the task and the stench close to home. In those circumstances, faraway fields look like a better option.

Judging by the numbers, this latest cleanliness drive, the successor to previous governments’ efforts to eliminate open defecation, has a long way to go.

The 8 million toilets built so far are only 6 percent of the target. Some 60 percent of the local urban bodies targeted by the campaign have registered for the project, but the figures suggest they still have work to do. The Clean India progress report states that just 17 percent of solid waste is processed in the country's urban areas, compared to a target of 35 percent. In Delhi alone, environmental researchers have found that 80 percent of recyclable and compostable waste is sent to the dump.

Meanwhile photographs of ministers and celebrities shuffling garbage around, large brooms in hand, are multiplying. In one embarrassing incident, trash was allegedly dumped on the street so that a prominent Delhi politician could sweep it up.

One year in, the Clean India Campaign has taken an important step to raise public and political awareness about a serious issue. But unless the government goes further than building new bathrooms, it will just be a lot of money down the toilet.