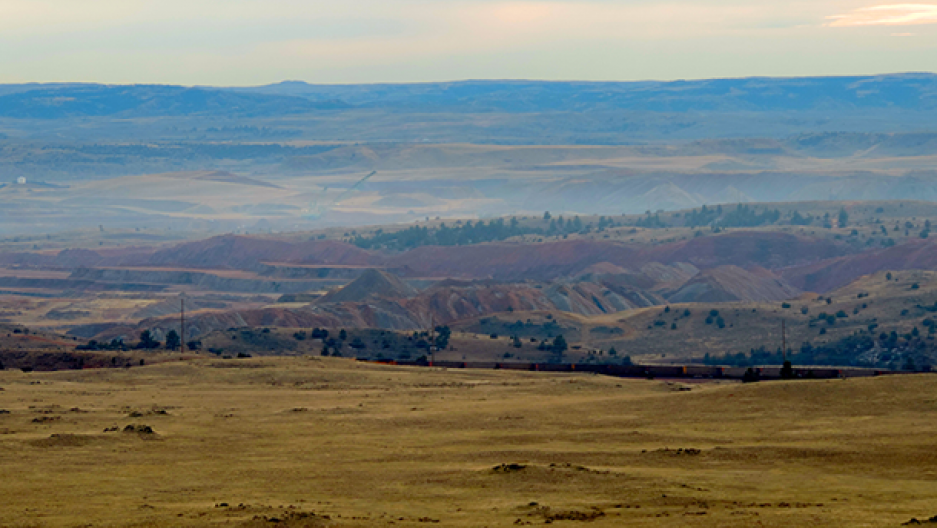 The Powder River Basin in Wyoming has massive coal deposits. Publicly-owned land managed by the federal government in the West is the source of about 40 percent of all the coal produced in the US.

“This is the next bold ‘ask’ coming from the climate movement,” says Ruth Breech of Rainforest Action Network. “We're telling President Obama that if he really wants to leave a climate legacy and address the crisis that is in front of us right now, then he needs to stop leasing federal fossil fuels — coal, oil and gas — and keep our carbon reserves in the ground."

If fossil fuel extraction on federal lands ended today, up to 450 billion tons of greenhouse gas emissions would stay in the ground, scientists estimate. By comparison, Obama's Clean Power Plant initiative will reduce emissions by about six billion tons.

And President Obama does not have to negotiate with anyone, should he decide to end the program; he has the power to do it on his own, Breech says.

“The Center for Biological Diversity just issued a report that outlined his legal authority to issue an executive order to stop the program today,” Breech says. “If he doesn't want to be that active, he could just decide to not approve things.”

Had he chosen to, President Obama could have not approved Arctic drilling by simply allowing the request to sit on his desk for the next 18 months, Breech says. The same is true for the Atlantic leases that will be coming up soon.

Sally Jewell, the Secretary of the Interior, the department that leases public land for energy extraction has been been quoted as saying that while the president is mindful of global warming, we need these fossil fuels to run our economy right now. This is a short-sighted view, Breech contends.

“What you hear from Sally Jewell and other administration officials ... is that they somehow think that their mission is to balance industry's interest with that of the planet,” she says. “I really would like to see her looking longer-term. What does this look like in 10 years, 20 years?”

Fossil fuels are eventually going to go away, Breech says, echoing an increasingly widespread view among scientists and economists.

“For President Obama to stop fossil fuel leasing on public lands would be the way to establish his climate legacy,” Breech concludes. “It would move us to a whole new level of magnitude in addressing these issues.”