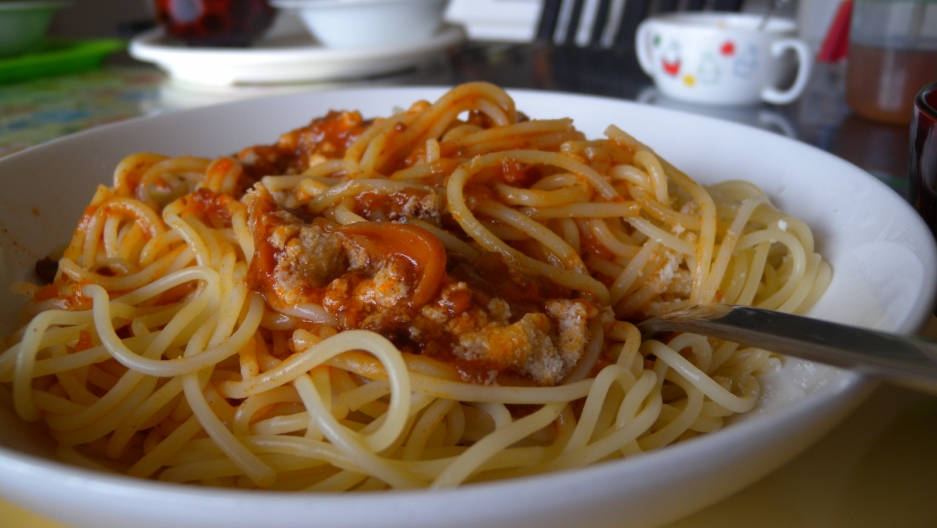 Your brain is huge for the size of your body. It has to be: it handles many complex tasks each day, and requires a lot of energy. Our brains take up about 2 percent of our body mass, but consume 25 percent of our energy.

We don’t know exactly how our brains got so big. One theory holds that the invention of stone tools allowed us to begin scavenging for animals. We digested their protein-rich meat easily, and all of those calories gave our brain the surplus energy needed to grow larger.

This theory underpins the Paleo diet, a high-protein, low-carbohydrate diet that has grown in popularity. The idea is that we should eat as our Paleolithic ancestors did.

But a new paper published in The Quarterly Review of Biology says meat doesn’t hold the key to our large brains. It was the glucose in starches (like potatoes and tubers), cooked over a fire, that allowed our brains to grow.

“Glucose is the best most readily processed form of energy in our diet,” says Mark Thomas, a co-author of the paper and professor of evolutionary genetics at University College London. “So that’s what [our Paleolithic ancestors] would’ve wanted because without it, they’re going to die.”

Thomas argues that we started cooking with fire about 800,000 years ago, earlier than many scientists believed in the past (there’s been a lot of debate about when humans started using fire).

“Cooking is very important,” Thomas says. “If you consume a potato uncooked, compared to one that’s been cooked ... The one that’s cooked, you can digest the starch at up to 20 times the rate, so cooking has a profound effect on the ability to access the energy density in starch-rich foods.”

It also helped that we evolved enzymes in our saliva that broke down cooked starches. Thomas says we gained these enzymes after separating from our chimpanzee cousins.

Our relationship with food continued to change as we turned to agriculture — take the fact that the domestication of animals is written into our genes.

“The classic example is lactase persistence; the ability to produce the enzyme that digests the sugar in milk into adulthood,” Thomas says. “Go back 10,000 years, virtually nobody could do that. Nowadays, about a third of the people in the world can do that … And almost certainly there are other adaptations as well, genetic changes.”

The creators of the Paleo diet disagree with the paper. They argue that carbohydrates (like starches) weren’t necessary for the evolution of our brains.

But Thomas draws a distinction between the Paleo diet, which he calls a “trademarked dietary regime,” and academic research into how our ancestors ate.

For one thing, he says, “The Paleolithic period, which really means the period in which we made stone tools before farming, is a very long period. [It] encompasses many periods and environments and ecologies … So one thing you can be absolutely certain of is there was never one single Paleolithic diet.”

He agrees with one of the central tenets of the Paleo diet though - that we eat more carbohydrates than we need. “But the dietary issues of our Paleolithic ancestors were quite different,” he says.

And he adds that we’re still not clear exactly what they ate.

“We have some ideas,” he says. “There are certain things we can say with reasonable confidence. And there are other things we just don’t know.”