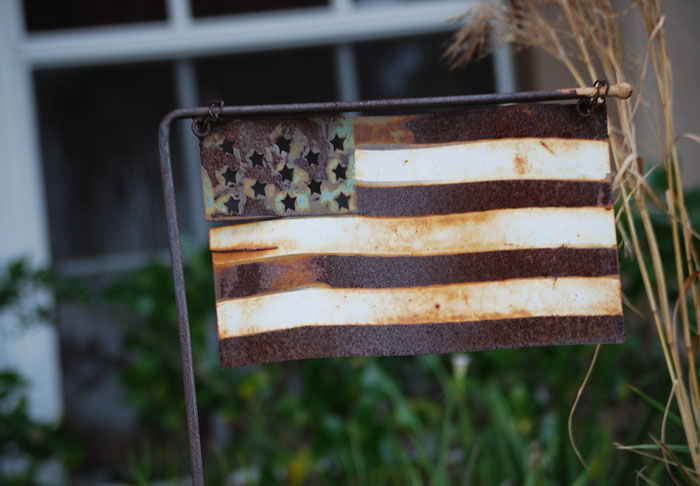 If she did not make plasma deposits twice a week at a donation center in Tennessee, Jessica Compton and her family would have no income.

If not for a carton of spoiled milk, Modonna and Brianna Harris’ refrigerator would be barren.

The Harris and Compton families’ stories are just two accounts of devastating poverty documented in sociology professors Kathryn J. Edin and H. Luke Shaefer’s book, "$2.00 a Day: Living on Almost Nothing in America."

The book, released in September, documents the rise of 1.5 million American families, including 3 million children, who subsist on as little as $2 per person per day. It reads like a Dickens novel. Edin and Shaefer spent years immersed in the lives of financially deprived families, combing through the budgets of welfare recipients and surveys of poor people’s cash flows. Additionally, they set up study sites in diverse locations like metropolitan Chicago and rural Mississippi to find out where and how severe poverty was concentrated.

In a media environment where the experiences of the poor are often neglected, the book’s revelations about the depth and pervasiveness of poverty in the United States have been startling for many—including its two authors. YES! Magazine spoke with co-author H. Luke Shaefer about what poverty truly looks like in America, the stigmas attached to it, and just what can be done to eradicate it.

Marcus Harrison Green: What would you say was the most harrowing experience you encountered during your research?

H. Luke Shaefer: The thing that keeps me up at night the most is the fact that these families face so much instability in their daily lives, and that leaves them open to all sorts of risks. The stories of physical, sexual and emotional abuse seemed like the norm rather the exception, as families moved from crisis to crisis. One contact of ours went to live with her family and walked in on her uncle molesting her 9-year-old daughter. Another one told us, “I’ve been beat, I’ve been raped,” matter-of-factly. They have to always be looking out for the next threat.

Green: Your book documents a 70 percent increase in families living on $2 a day, per person. You talk about the welfare reform of the mid-90s, but what were the additional drivers of this development?

Shaefer: We point to changes in the government safety net, but a big driver of this is the state of the low-wage labor market. The parents of many of the families in our study think of themselves first and foremost as workers, but the jobs that they typically can get pay low wages, offer inadequate and unstable hours, and leave them exposed to unsafe work conditions. Couple that with the instability in their family lives and it leads to what we see in the book.

Another important factor is housing stability. There’s an affordable housing crisis in this country and it doesn’t just affect the $2-a-day poor. But housing instability seems to be both a cause and a consequence of extreme poverty.

Green: The poor are often demonized in this country, with politicians and others saying their problems are their own fault. Your book re-examines that narrative. How do you think we can change the idea that people are poor because of their own personal failings? Does this have implications for the amount of money society spends on the poor?

Shaefer: Interestingly, as we write about in the book, we’ve actually increased the amount we spend on poor families over the past few decades. But most of the new spending goes to poor working families—when they are working. Much less now goes to those at the very bottom, and that’s what we have to fix.

Much of the narrative about the deserving and undeserving goes back to work. People make the assumption that low-income families don’t work or don’t want to work. And that’s just not true. The norm among families with children is a parent who works or has worked recently. But I don’t think people fully grasp the conditions of jobs in the bottom rungs of the labor market.

I think changing people’s views on this could go some distance in changing what people think about poverty in this country.

Green: What methodology did you and your co-author use in coming to the 1.5 million number?

Shaefer: There is a survey called the SIPP (Survey of Income and Program Participation). It captures most of the incomes of the poor. We found that the people living off of $2 a day had doubled. Surveys are obviously not perfect so we also looked at SNAP income data, as well as family homelessness data.

Green: You purposely chose different “study sites” for your book: Chicago, Cleveland, and rural areas. Were there significant differences between these locations, and has your research shown any patterns in terms of where extreme poverty ends up concentrated in our country?

Shaefer: There were differences between Chicago, Cleveland, and our study site in Appalachia, but in general the stories followed a similar arc. The Mississippi Delta, though, was a different place altogether. Work isn’t just hard to come by, it’s often nonexistent. Virtually everyone is poor, and it seemed to us that many of the systems that protect people had broken down. It truly was a world apart. It some ways it is a unique case. But our time there made me want to spend more time in our poorest, rural areas to see if this deep poverty at the community level was having a similar effect in other communities too.

Green: Your research showed that about half of families living on $2 a day are white. This may come as a surprise to some readers who remember the image of a “welfare queen” bandied about to vilify poverty programs in the 80s and 90s. Do you think race has factored in to either dismantle or limit the social safety net?

Shaefer: Absolutely—the racialization of poverty has played a critical role in all this, creating one more domain of difference that divides people and facilitates the “othering” of a group. And it has always been inaccurate. Many of the families we write about in this book are white, just as the numbers suggested.

Green: People often look at Scandinavian countries as places that get poverty alleviation right. In your opinion, what existing models should we attempt to emulate?

Shaefer: One thing in particular that Scandinavian countries do right is focus primarily on universal programs — rather than ones directed only at the poor. I think that that’s a good thing to emulate.

But when we asked the families we got to know what they wanted, the answer went in a different direction. They wanted decent jobs. “I don’t like pity,” one of our contacts said. Often they note that, when they do manage to find a job that’s not completely unstable or unsafe, that’s when things are best for them. In a way, work may have a healing power.

So our policy proposals start with expanding work opportunities for those at the very bottom of society. We’ve got some models to look to and expand on. And we’ve got to improve the quality of the jobs we have. We should raise the minimum wage, try to stabilize schedules, and put some teeth into our labor standards that often go unenforced.

Of course sometimes employment won’t work, and that’s why we need a functioning cash safety net that will catch people when they fall. Right now, we don’t have one.

Green: With US inequality growing quickly, many in the middle class are anxious about falling into poverty. How easy is it for someone who’s living paycheck-to-paycheck to end up in the same predicament as one of the people featured in your book?

Shaefer: It’s maybe not common — but not impossible. One thing is being at the bottom of the labor market. Middle-class jobs often have a lot more give. Next is having an unstable personal network. Many of the families in our book really have no one they can rely on. Often, middle-class people have a more secure job or a more supportive family. The folks in our book usually have neither.

Green: If we were to launch a new war on poverty, what policies must be put into place as soon as possible?

Shaefer: As I mentioned before, I’d start with expanding work opportunity and improving the quality of the jobs we have. That’s what one of our contacts said she wanted, and I can’t tell her that we can’t do that for her.

I think this means partnering with employers to create jobs that they wouldn’t create otherwise. If they won’t do it, we need to get government more directly involved.

Next we have an affordable housing crisis and we need to do something soon — not just for the $2-a-day poor, but well up the income distribution. I think this means getting the number of housing vouchers back up to where it has been in the past, and looking for ways to break down barriers to building affordable housing.

For many, locating a food pantry in which to receive aid is the hardest part when trying to support a struggling family. If you would like to support your local food pantry, you can find list of them by state here.