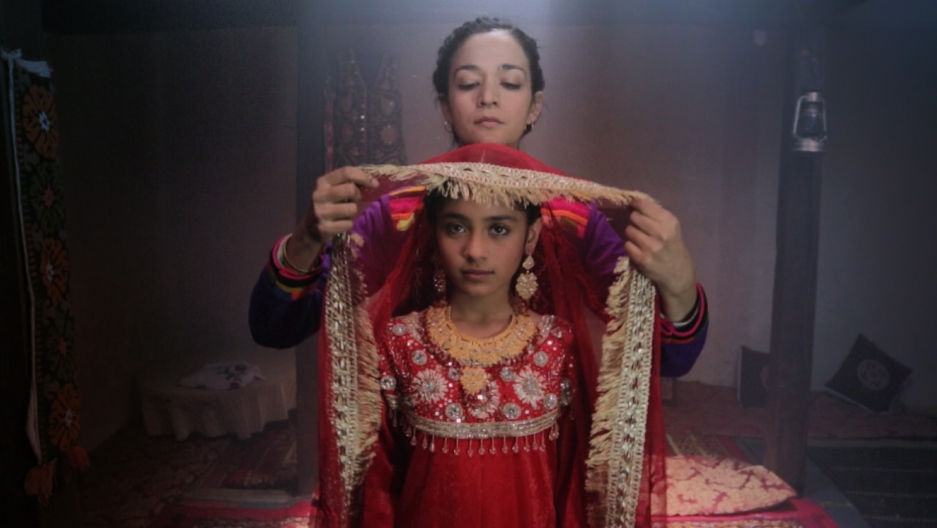 Zainab dressed as a bride in front of her mother, Allah Rakhi.  Allah Rakhi is played by actress  Samiya Mumtaz and Zainab is played Saleha Aref.

What lengths would a mother go to help her child? That's the central premise of the Pakistani film "Dukhtar," which means daughter in Urdu.

The film was inspired by a news story of a woman in the tribal region of Pakistan who kidnapped her two young daughters to save them from becoming child brides, says writer and director Afia Nathaniel.

“This image got stuck in my mind, of this mother fleeing with her child. What would make an illiterate woman in the middle of a small village in a deeply conservative part of the country do that? The idea of her courage stayed with me and I found myself writing a road trip thriller — of a mother and daughter on the run,” says Nathaniel.

In Pakistan according to Nathaniel, one of every five girls under the age of 18 is married off as a child bride.

“It’s a pretty stark statistic and if you look at other countries around the world you’ll find that over 15 million girls lose their childhood to marriage. That’s a staggering number,” says Nathaniel. “It was important to break the silence of this issue all around the world.”

The story of “Dukhtar” centers around a mother, Allah Rakhi and her daughter, 10-year-old Zainab.  They flee their home after Allah Rakhi finds out that her husband has married off Zainab to a rival war lord in order to ensure a truce in an ongoing blood feud. The film follows them as they flee. 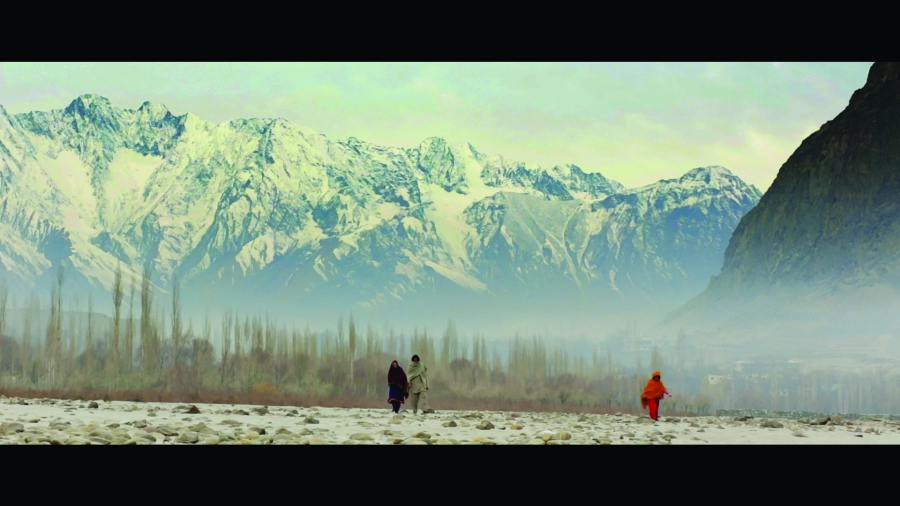 Sohail, Zainab, and Allah Rahki flee through the Hunza Valley.

The movie was filmed in the Hunza Valley. And the landscape is incredible; enormous mountains juxtaposed by stark desert.

Trying to flee the valley and her husband, Allah Rakhi and Zainab meet Sohail, a soulful truck driver with a dark past of his own. He’s wary of them at first, but ends up helping them escape to Lahore.

“In Pakistan the truck drivers are very colourful characters.  And each truck that they drive is a representation of who they are so they kind of embellish their truck with a lot of love and a lot of art,“ says Nathaniel.

Sohail’s truck is no exception. It almost becomes a character of its own. He coos at it when the ignition has trouble starting, calling it “his Queen.”

“It’s garish, it’s big, there’s lots of romantic poetry written on the sides of the truck so that’s just him.”

Sohail is a former mujahid who chose to leave the war voluntarily. His character is also based off of a real truck driver who Nathaniel heard about, she says.

“We often tend to hear only one kind of story, of people who went for training camps and then were there only for the war but this man chose to leave that life of war for love and that was important to show that,” says Nathaniel. 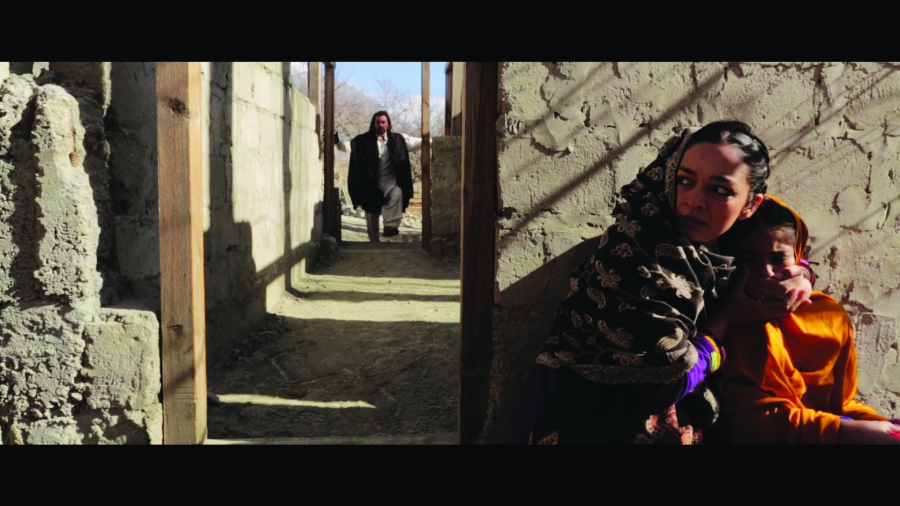 Dukhtar was screened in Pakistan to audiences across the political spectrum says Nathaniel, from hard line conservatives to the more liberal viewers. And it has served, she says, to bring the issue of childhood marriage into the cultural conversation in Pakistan.

“Child marriage became more visible in the media right after the film came out, which is what we wanted," she adds. "There has been a new piece of legislation in the country that has actually raised the age of marriage for girls from 16 to 18. That’s a leap forward."

“Dukhtar” opens this October in theatres across the US.