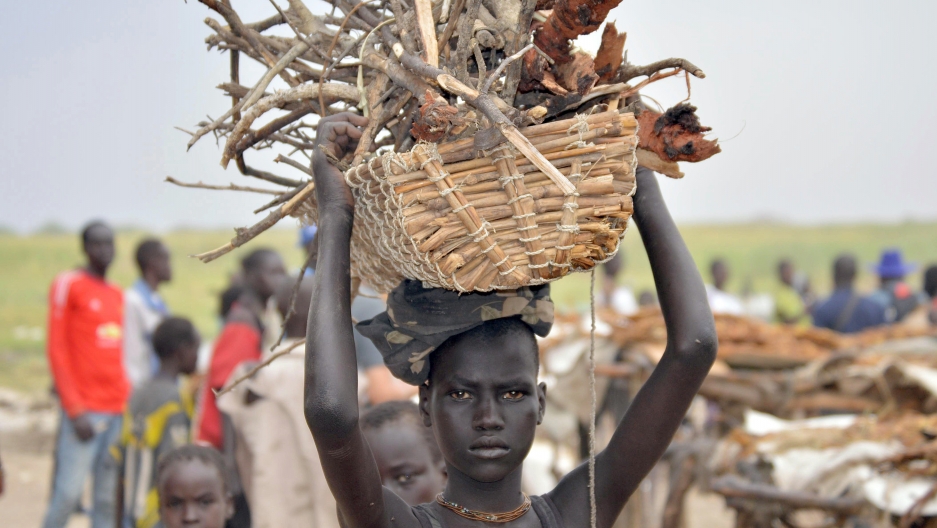 BENTIU, South Sudan — One woman was abducted by soldiers and taken to a military camp, tied up and raped repeatedly for two months.

Another was kidnapped with her 15-year-old sister and raped every night for five nights. A third was taken to a forest with her 12-year old daughter where both were raped.

The abduction of women and girls for use as sex slaves — some of them held indefinitely, tied up with hundreds of others in secret rape camps — is a disturbing new aspect of South Sudan's 21-month conflict, already characterized by well-documented war crimes and human rights abuses.

But the plight of perhaps thousands of South Sudanese women and girls from just a single state, abducted and subjected to repeated, brutal rape and slave-like working conditions has remained hidden until now.

Dozens of interviews conducted by AFP in the northern Unity State reveal a systematic pattern of abduction and rape perpetrated by government soldiers and their allied militia during a recent offensive.

The investigation focused on attacks by government forces but both sides have perpetrated ethnic massacres, recruited and killed children and carried out widespread rape, torture and forced displacement of populations to "cleanse" areas of their opponents.

The 30-year old mother was seized when soldiers attacked her village in Rubkona County in April. Men and boys were shot. Homes were looted and burned to the ground. Women and girls were rounded up. She was among 40 taken from two neighboring settlements and wells up with tears when she talks about being torn away from her five children.

They were marched to Mayom County. Nyabena was held in Kotong, a stronghold of Major-General Matthew Puljang, commander of a tribal Bul Nuer militia aligned with South Sudan's army, the SPLA, which has been battling rebels since December 2013.

More from GlobalPost: South Sudan has reached the lowest point in its entire history

From April to July this year the SPLA and Puljang's militia carried out an offensive that United Nations investigators described as a "scorched earth policy" in an August report.

A human rights investigator said: "Nobody knows what's happening in Mayom County," where many of the women were taken. One military expert estimated that "thousands of women" were abducted during the offensive.

"In all the southern Unity counties it's been the same: those women who escape are lucky. Those who don't are raped and abducted or killed," said the rights investigator. "The abduction of women seems to be systematic. It might be for a day, or longer, or forever."

Those who escaped recount their stories with numb, quiet voices. Nightmares plague some who wake up terrorized, thinking they are still captive.

After her abduction Nyabena was put to work during the day, carrying looted goods and food, collecting water and hoeing farms. She was guarded constantly during the day and tied up at night with other women.

"When one of the soldiers wanted to have sex he would come, untie us and take us away. When they were finished they would bring you back and tie you to the post again," she said, stretching her elbows behind her back to show how she was bound. She said being raped by four men a night was common.

Women who refused to work or fought against their rape would disappear. "In the morning we discover they are missing," she said. Of the 40 she arrived with in April, 10 disappeared this way.

Victims as young as 12

Nyamai, a 38-year old mother of five, was taken from her village in Koch County. She was guarded constantly and tied up frequently. As many as 10 soldiers would queue up at night for their turn raping her.

"Please, let one guy deal with me, don't come all of you," she pleaded, and was beaten with a stick in response.

In another case, three of Nyatuach's unmarried, teenaged daughters were abducted in May during an attack on their village in Rubkona County. Two are still missing, but her 17-year old daughter escaped with three of her nieces.

"Their bodies were weak and they were leaking fluids from so many men having intercourse with them," Nyatuach said, a common symptom of fistula, an incontinence-causing tear in the wall between the vagina and bladder or rectum, that can be caused by particularly violent rape.

Others were raped repeatedly until, bleeding and unable to take any more, they were set free, or killed.

"When the girls were broken they would dispose of them," said Nyatuach.

Rebecca found her 12-year old daughter again the day after their village in Koch County was attacked.

"When they took me, those people used me," the girl told her mother. Rebecca boiled some water and washed her daughter with hot cloths.