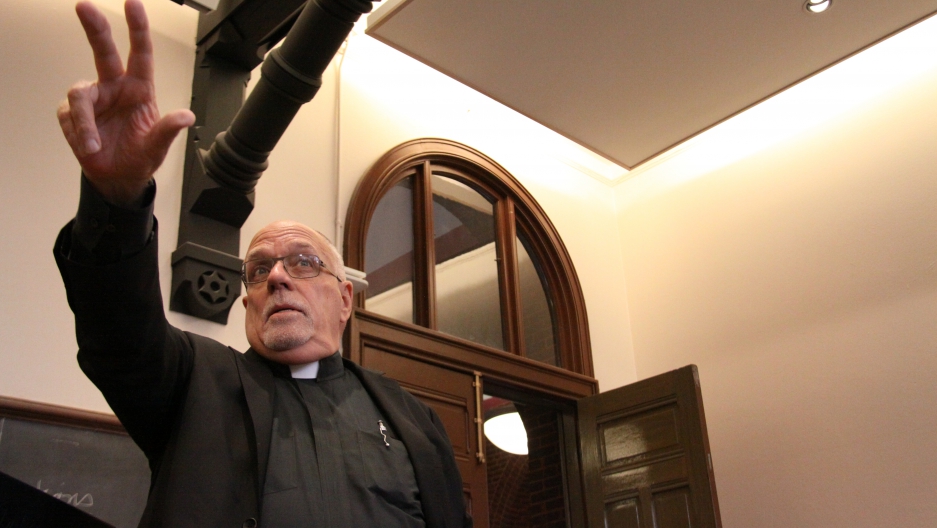 As Pope Francis continues his tour in the US, he’s being welcomed by Catholics and non-Catholics alike. When he was in DC, The popular pontiff rekindled passion at one of the nation’s most prominent Catholic universities.

On the day of Pope Francis’ arrival in the nation’s capital and there was a certain buzz on the campus of Georgetown University - the country’s oldest Jesuit college.

"Would you be willing to devote a significant portion of the next 10 years of your life to work on, and maybe to come up with something that could make things just a little better?" he asked his students.

Father Kemp points to one of Christianity’s oldest symbols – a cross hanging high on the wall – as he challenged his students to use their education to give back to the community, rather than build their resumes.

“You have to understand that the resume is deeper than walking across that bridge and working for that consulting firm," Father Kemp told his students during "The Church and the Poor," a course he’s been teaching for 15 years.

Father Kemp says the election of Pope Francis two and a half years ago has inspired his teaching.

“He’s breathed new enthusiasm into my preaching,” Kemp says after dismissing class. “He’s given me a sense of, ‘You know what, I can put up with the Church for a lot of its sins because I’ll be taking responsibility for my own sinfulness.’ And that’s what he’s asking us to do: take some responsibility for where we are.”

Like many people, Father Kemp was deeply disturbed by the sexual abuse crisis perpetrated by priests in his faith.

“I really thought I was going to die in a museum," Kemp recalls. "The Church seemed to me to just be shriveling up where there was clergy sexual abuse, abuse of power.”

“Here comes a guy who just goes right back to the basics,” he says.

Basics like serving the poor, supporting migrants and refugees and protecting the environment. Georgetown President Jack DeGioia says that’s what a Catholic Jesuit education has always been about.

“I think the Holy Father is challenging us to be evermore true to the Catholic and Jesuit ideals that have animated this place since our founding and I hope we will be responsive to that call,” DeGoia says.

Students on campus say they hope the pope’s visit to the US will refocus the country’s attention on education, income inequality, climate change and immigration reform.

“He’s an ultimate symbol, and he stands for social justice and he’s here to show the US that we need change. And it needs to happen now,” says Laura Paida, a sophomore from Chicago. 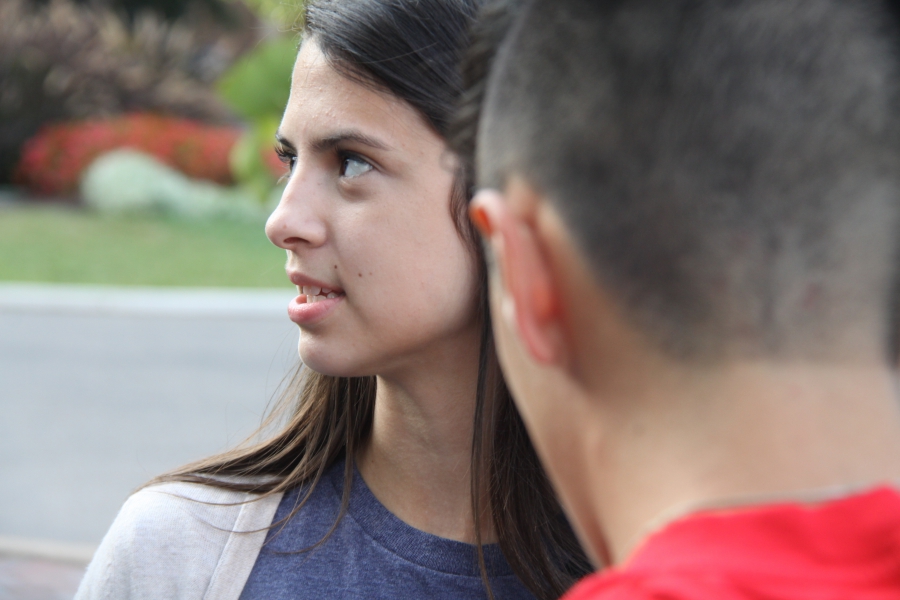 Laura Paida, a sophomore at Georgetown, was one of 50 students rallying for immigrant rights on the day of the Pope's arrival.

On the evening the pope arrived, Paida and about 50 other Georgetown students rallied outside the gates of Healy Hall to support immigrants’ rights, carrying signs with messages including: “Immigration rights are women’s rights,” and “We are not criminals. We are not illegal.’”

Immigration is one of the issues President Jack DeGioia is trying to incorporate into the university's mission. He says the most difficult part of dealing with calls for reform on campus has been bridging the divide between conservative alumni and more progressive millenials.

“We have a very diverse community and the challenge we have is as we’re moving forward and responding to this extraordinary moment, that we do so in a way where we can bring everybody with us,” DeGioia says.