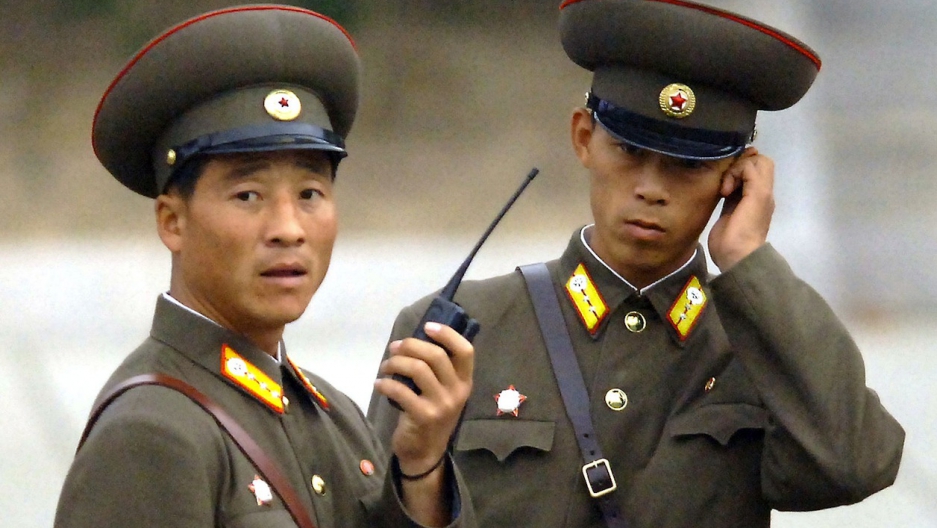 PHNOM PENH, Cambodia — The North Korean regime has long been accused of brainwashing its citizens into a form of mass Stockholm syndrome — where the imprisoned love their captors.

But the spell is slowly being broken. Today, more and more people living in the Hermit Kingdom possess an informed understanding of the world and the pariah status of their homeland.

The BBC World Service is the latest foreign news agency to announce plans to broadcast news programs into North Korea. It will join the handful of stations already broadcasting into the state, including the US-backed Radio Free Asia (RFA). “According to my research … most people from North Korea listen to RFA,” says Casey Lartigue, a director of Seoul-based think tank Freedom Factory. “It has the clearest signal.”

The Unification Media Group (UMG) is another voice penetrating the mists of censorship. The group is made up of two Korean-language radio stations targeting North Korea: the Daily NK, a defector-run media outlet reporting on North Korea, and OTV, an internet television channel. Indeed, the Daily NK reported that the North Korean regime has taken a dim view of its radio programming, calling it an “anti-Republic clown show of provocation.”

North Korea was recently rated as the second most censored nation in the world by the Committee to Protect Journalists. But even so, illegal free-tuning radios, DVDs and memory cards jam-packed with South Korean TV shows are smuggled across the porous Chinese border on a daily basis.

As well as UMG and RFA, Voice of America also broadcasts into North Korea. All three provide a unique service to the people there: the only source of real-time, direct information from the outside world. Such is the hunger for outside information in the kingdom that any news received on the wireless is quickly disseminated via word of mouth.

Kim Jong Un and his government continue to plug holes in the information dam with chubby fingers. They try to jam the frequencies broadcasting from South Korea where the stations are based. Efforts intensify during a sensitive news event like the massive military parade in China earlier this month. Many North Koreans tuned in to the event and felt ashamed of their own comparatively paltry parades, according to an RFA report.

A number of people were arrested for viewing the parade on television. And last month three were executed for watching South Korean TV shows on their mobile phones.

Clearly the hand of the regime is not about to relinquish its grip on media control.

But despite these high-profile cases, overall arrests and punishments for accessing outside media are down, according to a report by Intermedia, a global research consultancy. “Enforcement is irregular,” reads the report. “Bribes allow one to avoid punishment and fewer North Koreans are informing on each other.”

It seems the Kim regime’s attempts to thwart the proliferation of outside media have been as futile as the Western war on drugs. They share the same problem — you can’t make war on human desire. For curious North Koreans, outside media is like a drug. “It was an addictive experience,” says a defector quoted in the Intermedia report, her identity protected. “You can’t stop.”

But despite the craving in North Korea for outside information, the BBC will still face challenges setting up a relevant service. “I would imagine their chief challenge — which we share — is gathering accurate information from inside NK on a regular basis,” said Max Kwak, service director of RFA’s Korean service. RFA uses a team of on-staff defectors who have a network of contacts within North Korea.

Illegal free-tuning radios are easily available for around $4 in the kingdom’s semi-legal markets, and when their broadcasts challenge the pervading rhetoric of North Korea’s Central News Agency, it undermines the regime. The continued availability of the radios, DVDs and memory cards contributes to the normalization of prohibited behaviors, according to the report.

Market traders are among the most avid listeners of foreign radio. “News from the outside sends key [business] information,” explained Sehyek Oh, a North Korean refugee living in Seoul. “Such as foreign currency exchange rates, commodity prices … and foreign aid arrivals which can influence food prices.”

Members of the elite are the other group most likely to tune in to foreign radio, because world news may affect their jobs and businesses. They also have the resources to bribe their way out of punishment.

According to a survey undertaken by RFA Korea, 17 percent of citizens listened to RFA Korean broadcasts, the second highest overall market share, after South Korean broadcaster KBS Hanminjok. While this number seems small (it's certainly smaller than the number if people watching DVDs or TV shows), it remains significant because the people listening to the radio tend to be influential citizens.

The programming they hear focuses on news relevant to North Korea and the surrounding region, according to Kwak. Also popular are stories of defectors who have escaped to South Korea. They talk about their lives and how they escaped. Other content focuses on human rights, democracy and freedom.

“I knew too well that if I got caught, I would be punished,” one 43-year-old female listener, from Kangwon province, told RFA. “But the more I listened, the stronger my desire to keep listening.”