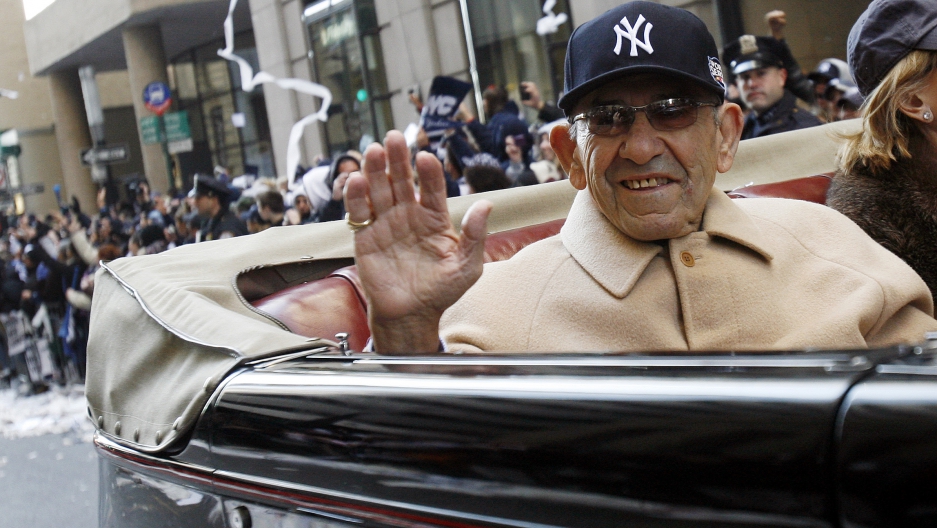 Besides the many fans and those in the sports world, there’s another place in particular mourning the death of baseball legend Yogi Berra: a St. Louis neighborhood called The Hill.

Berra grew up in The Hill, which became the nucleus of the city’s Italian community, as many Italian immigrants settled there when arriving to St. Louis in the 1890s. Berra's father had worked as a tenant farmer in a small town south of Milan before coming to the US. In a 2005 interview with the American Academy of Achievement, Berra recalled his family’s arrival.

"My father came over first. He came from the old country. And he didn't know what baseball was. He was ready to go to work. And then I had three other brothers and a sister. My brother and my mother came over later on. My two oldest brothers, they were born there — Mike and Tony. John and I and my sister Josie were born in St. Louis."

In his biography of Berra, "Yogi: The Life & Times of an American Original," author Carlo DeVito writes of The Hill:

Its streets, not unlike Little Italies in New York, Trenton, and Philadelphia were dominated by small, brick row houses and dotted with barber shops, shoe and watch repair stories, and fresh produce and fish markets, as well as corner groceries, bars and restaurants.

No one wore fancy clothes. Few women on the block ever bothered to look at ads for the stores downtown; instead, most of the women bought material from a Jewish dry-goods merchant named Gianin. He came through the neighborhood, selling his wares. Gianin was able to dicker with these women in their own accents, be it Lombard, Sicilian, Piedmontese, or some other regional tongue.

Berra once wrote that he and his family were called "hill guineas," but remarked that it was "alright with me because everybody knows that's where the best Italian cooks come from." To this day, The Hill is known for having many of the city's most well-known Italian restaurants.

DeVito also describes how Berra's parents attempts to assimilate even trickled down to what they named him when he was born in 1925:

Pietro and Paulina had actually named their son Lorenzo Pietro Berra. But in their family's attempt to assimilate, like many European families, the names were translated into English. Neither Pietro nor Paulina could pronounce the English version of Lorenzo, which was Lawrence. At home he was called Lawdies. That was the best either parent could manage.

Berra's childhood home continues to be a draw for baseball fans. The Elizabeth Avenue bungalow is, in fact, still in the Berra family.

And he wasn't the only Major League prospect to grow up on Elizabeh Ave. Longtime baseball announcer Joe Garagiola also called The Hill home. He and his family lived right across the street from the Berra and the two remained lifelong friends, in addition to rivals. Garagiola went on to a baseball career, also as a catcher, with four teams, including the St. Louis Cardinals and Chicago Cubs. Growing up on the same street as Berra, Garagiola once said:

Today, there's a small sign on the street that honors both ballplayers.

Its name? Hall of Fame Place.