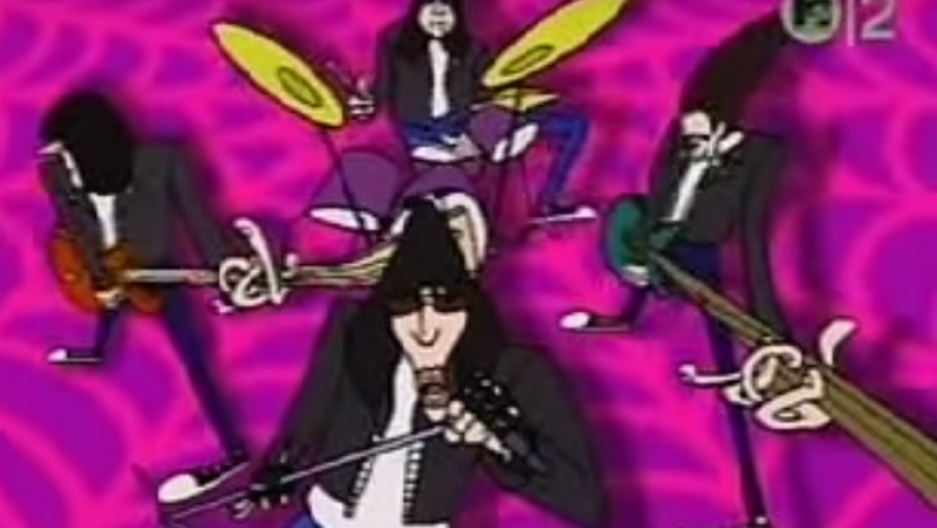 Last month, the venerable indie rock group Yo La Tengo swung by Studio 360 to share a few tracks from their latest album, Stuff Like That There,a collection of new songs and covers that borrows from other artists and reworks their own back catalog.

The trio then threw it open to Studio 360 listeners, taking requests under the hashtag#YoLaCovers. They'll be back on the show later this year to perform thewinning song. While we tally the votes, here are a few of our favorite kids's showtheme song covers to get you through.

Meme rockersOK Go live up to their reputation for elaborate and inventive videos with this cover of The Muppet Showtheme song. The collaboration came about after lead singer Damian Kulash struck up a friendship with Kermit the Frog at a Jay Leno Show taping back in 2009.

When Homer attends the 'Hullabalooza' music festival, he dons a Rasta hat, gets shot in the stomach with a cannonball, and meets a host of major bands, including The Smashing Pumpkins, Cypress Hill, and Sonic Youth. In addition to lending their voices, Sonic Youth also reworked Danny Elfman's famous theme for the episode's closing credits.

This re-working of the Spider-Mantheme appeared on the The Ramones' final album, Adios Amigos, accompanied by an animated video featuring the band's cartoon avatars.

What other cartoon theme has been covered and sampled by artists as diverse as The Who, The Kinks, and Snoop Dogg? Neal Hefti's 1966 original was given this punk update by The Flaming Lips back in the early aughts. Oh, and in case you missed it, Gotham's hero has also been honored with his own sweet stamp set.