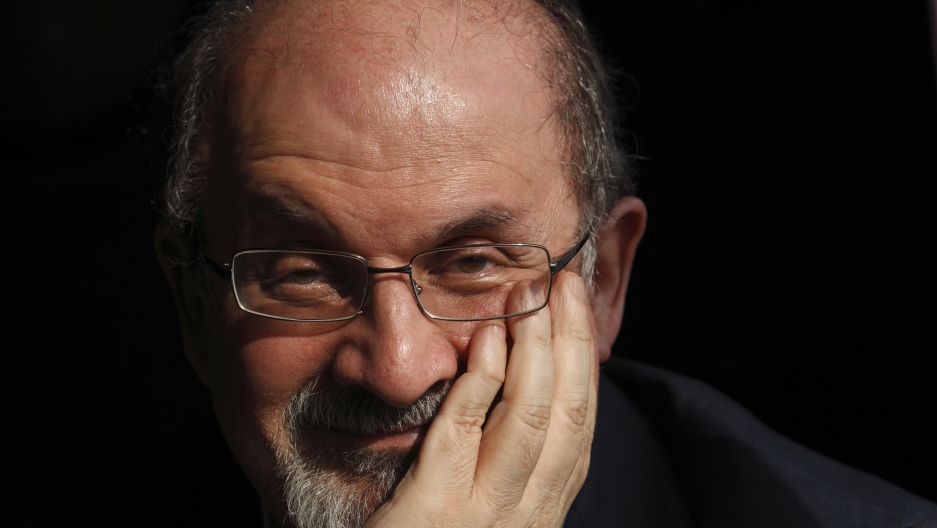 In Salman Rushdie's latest work, shape-shifting genies conspire to lay siege to humanity after an epic storm hits New York and breaks the seals separating our world from the realm of the spirits.

Two Years Eight Months and Twenty-eight Nights is a wild ride, even for an Indian-born, British writer known for his magical realism.

"Here I am as a kind of rationalist, atheist person who writes books about genies and fairies," he says. "I know that there's a contradiction there, except that this is the material I grew up with."

Rushdie's book draws on the nursery tales of his childhood. And it also echoes today's headlines.

"I just wanted to make a portrait of a world gone wrong," Rushdie says. "I think many of us have a sense of living in a world like that, a world full of what in the novel are called 'strangenesses,' where things that don't seem to obey the normal rules of things keep happening, as if the world is playing by new rules and we don't know what they are."

The most riveting characters in the book, the jinn, also feature prominently in pre-Islamic demonology. Rushdie puts them to work in his novel, but not to achieve good or evil. The jinn are not interested in morality. But they do demonstrate what happens when rational and irrational mindsets collide, within the human psyche and in the world at large.

"We live in a time of very dark conflicts, and so yes I was obviously trying to echo those," he says. "But not in a kind of simple, allegorical way, because I think that's kind of dumb."

Fortunately for us, Rushdies says in the end, evil plots for global domination are difficult to implement.

"The world is a very big place and kind of ornery, and it doesn't take kindly be being squashed," he says. "Emperors, tyrants, etc. have always tried to bring the world to heel, and sometimes they succeed for a bit, but there's usually a rebound."