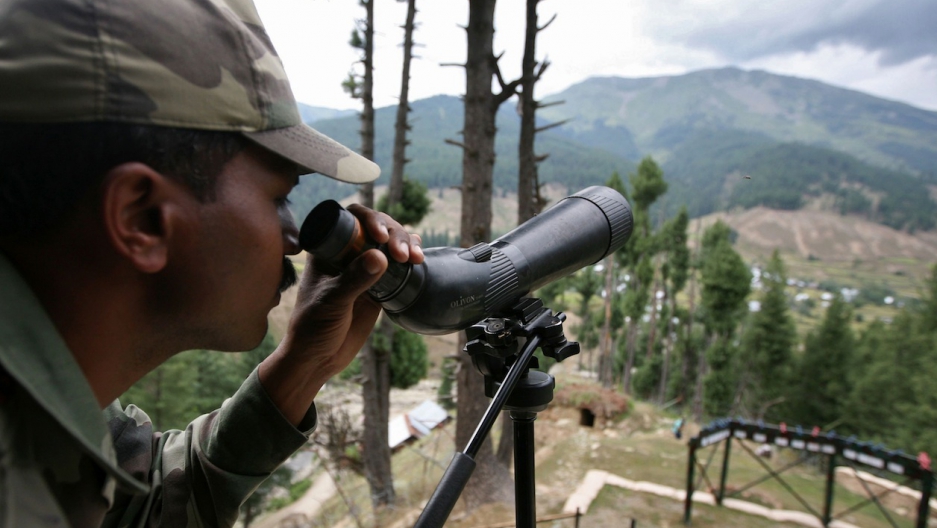 NEW DELHI, India — Kashmir, one of the most beautiful and tormented places in the world, is finally seeing signs of progress for citizens who have long lived under the shadow of geopolitical rivalry and had their rights abused.

Earlier this month, six Indian men were given life sentences for killing three Kashmir men in cold blood. This should not be an extraordinary piece of news in a functioning democracy, but in the contested Kashmir region, where Indian soldiers have a history of going unpunished for killing civilians, it is a landmark ruling.

Kashmir, a flashpoint between South Asia’s nuclear-armed neighbors, has been claimed in its entirety both by India and Pakistan ever since the subcontinent’s independence from the British in 1947. India contests that the princely state of Kashmir acceded to it according to the terms laid out by the British, but Pakistan alleges coercion and demands a plebiscite, which India has refused to hold. In the last 58 years, both nations have fought wars and issued threats, but the native Kashmiris have somehow been forgotten.

Mass graves of over 6,000 people have been uncovered.

The Kashmir Valley has been particularly turbulent since the 1990s, when rising atrocities and human rights violations by the Indian armed forces were met with violent insurgency. The protests started in the late 1980s as a demand for more democratic political participation. A special law called the Armed Forces Special Powers Act (AFSPA) was implemented in Kashmir in 1990, providing legal immunity for armed personnel to take aggressive action, arrest without warrants, or enter and search any premises in "disturbed areas." But according to an Amnesty International report released in July this year, it has been continually misused by Indian security personnel to avoid accountability for human rights violations.

Many independent studies, including those by India’s Human Rights Commission, concur. Human rights activists estimate that 8,000 Kashmiri civilians have gone "missing" after being taken into custody, leaving behind families still unsure about the survival of their relatives. Mass graves of over 6,000 people have been uncovered. Forty-seven thousand have died in the Kashmir insurgency, all because Kashmiris feel they have not been granted a democratic voice and respect by India, and Indian armed personnel find it necessary (and legally possible) to prevent violent insurgency and collaboration with Pakistan using force.

There isn’t a lot of support coming from the other side of the border, either. “Pakistan's aim is to unite Kashmir with Pakistan or make life difficult for India in Kashmir,” said Happymon Jacob, an associate professor at Jawaharlal Nehru University who focuses on the Kashmir conflict and security and strategic studies. “Its concern about the human rights of Kashmiris is just an excuse.”

"There have been occasional convictions of erring armed forces personnel in the past, but that has not brought an end to the human rights violations."

This time, however, the army’s special legal protections did not save erring Indian Army officers from being held accountable. In June 2010, three civilians from Machil were lured to a place near the Line of Control — the border between India and Pakistan — with promises of well-paying jobs. Six army men, including two officers, shot these men and claimed they were Pakistani militants. Widespread protests in Kashmir followed the incident, and ensuing investigations during which the bodies were exhumed found that the three were in fact unarmed civilians. In the protests that followed, 123 people died.

Last November, the soldiers were sentenced to life in prison by an army court, and the Northern Command of the Indian Army confirmed the verdict earlier this month. The decision, the first of its kind, has been hailed as a turning point in the relationship between Delhi and Srinagar, the capital of Kashmir. Indian media is replete with editorials on the significance of the verdict, predicting that the first step has been taken toward peace in the valley.

“[The verdict] should give civil society greater confidence in the internal mechanisms of the army in dealing with deviant behaviour by its personnel,” said an editorial in The Hindu. “In the long run, the life sentence handed down to the six men will allow the Army greater room in dealing with militancy in the Valley. The verdict actually reduces the pressure on Army personnel doing their job in Kashmir and other conflict zones in India.”

However, experts as well as residents are not so sure. Justice for one incident is a step, but a very small and possibly insignificant one if it is not followed by similar action in all other cases.

Already, last week’s verdict is being challenged by the accused soldiers, and the reversal of convictions is not unusual. The most infamous of past cover-ups is the fake encounter which took place in March 2000. At a time when insurgent activity and protests were already at a peak, five men were killed by the police and security forces in Pathribal village, and buried before any investigations could be carried out. The bodies were exhumed when protests broke out, and the matter was investigated by India’s Central Bureau of Investigation. In 2012, the CBI told the Supreme Court of India that the encounters were in fact “cold-blooded murders,” but the Indian Army closed the case in January 2014 due to a lack of evidence.

This historic lack of good faith has made some residents suspicious of the intent behind the latest conviction. “The media is trying to justify the continuation of the Armed Forces Special Powers Act after the verdict, saying that Indian forces in Kashmir have abided by the rules and justice is being done,” said Raies Ul Haq Ahmad Sikander, a Delhi High Court lawyer who hails from Jammu and Kashmir. “But it is just a drop in the ocean.”

According to Jacob, dialogue with dissidents and the removal or amendment of AFSPA, and all the other draconian laws effective in Kashmir, is necessary to build peace in the Valley. “If New Delhi is serious about repairing the relationship with Srinagar and want to reach out to the people of Kashmir, it should create an environment in which the people of Kashmir can live with dignity and honor,” he said.