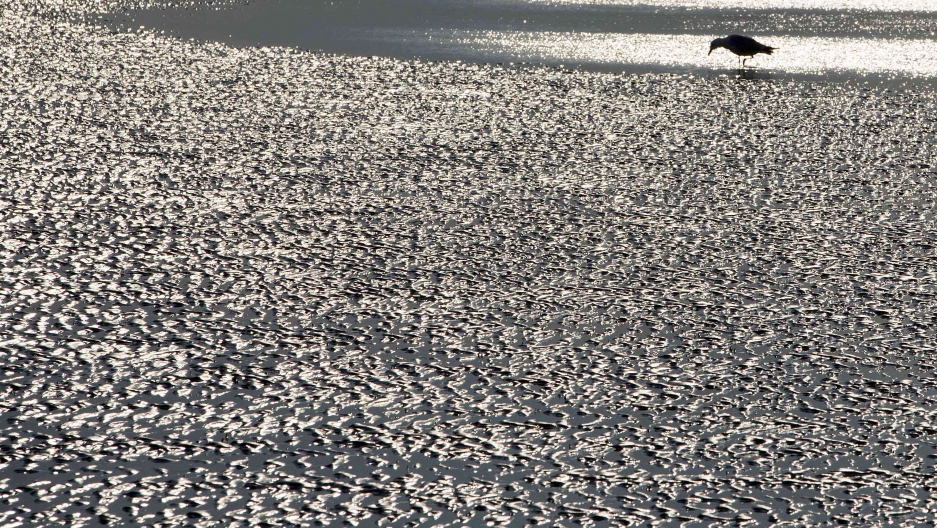 A seagull searches for food on a hot summer day at a beach along the Belgian coastal city of Oostduinkerke, July 3, 2015.

In December 2009, world leaders gathered in Copenhagen for the United Nations Summit on climate change.

The summit was billed as an historic event, and with the recent election of President Barack Obama, environmentalists had good reason for optimism: The former senator had made combating climate change a central tenet of his first campaign.

But the optimists couldn't carry the day. As Obama himself said at the Copenhagen summit, "While the reality of climate change is not in doubt, I have to be honest — as the world watches us today, I think our ability to take collective action is in doubt."

Now, world leaders are preparing for a new round of talks scheduled for December, in Paris. While Copenhagen ended with few concrete results, Rebecca Lefton, director of policy and research at Climate Advisers, says the international fight against climate change is inspiring hope — and this time, that hope that isn't dependent on the man who used it as his campaign slogan.

“We’re seeing a new level of cooperation between major emitting economies,” Lefton says. “This is something that President Obama has been doing, especially in the second part of his administration.”

Though the Obama Administration is working to design strategies to fight against climate change at home, the White House has also woven the issue into the president’s foreign policy agenda. For example, in November 2014, President Obama and Chinese President Xi Jinping established a landmark agreement to cut carbon emissions by 2030. The Obama administration is also working with Brazil and India on climate change.

“Working with these countries that are some of the leading major emitters is really essential,” says Lefton. “What we’re going to see in Paris is a bottom up agreement, where all countries are going to be coming forward with their own national pledges for greenhouse gas emissions.”

Beyond global leaders, Lefton says that communities are also getting involved in the fight to protect the environment—30 Chinese and U.S. cities have agreed to cooperate on climate change, something that was addressed earlier this week at the U.S.–China Climate Leaders Summit in Los Angeles.

“We’re going to see more and more of this type of local level and regional cooperation between the U.S. and China, and the U.S. and other countries,” says Lefton. “There are a lot of ways that cities can cooperate to share best practices, and cities are really invested in ensuring that they’re going to be protected from the impacts of climate change because that’s where the impacts are felt — at the local level.”

“We’ve seen the prices in solar and wind drop dramatically over the years,” Lefton says. “For the first time in over a year, the United States is now rated the most attractive country for renewable energy, and that’s because of the United States’ Clean Power Plan. It’s the policies that are giving the signals to the clean energy industry that this is the direction that we’re heading in.”

This year, China is also expected to add 18 gigawatts of solar-energy capacity, and more than 200 of the nation's 523 coal plants have closed since 2009. Coal usage in China has declined by 21 percent since 2007.

“The trends are important, and they’re moving in the right direction,” says Lefton. “India also has very ambitious clean energy goals. But, that being said, they also have an enormous population that is expanding, and a growing middle class. There’s also a large population that’s in poverty, and lifting those people out of poverty is going to be a major priority for that country as well. It’s a major challenge to figure out how to address those needs and deliver energy to these people.”