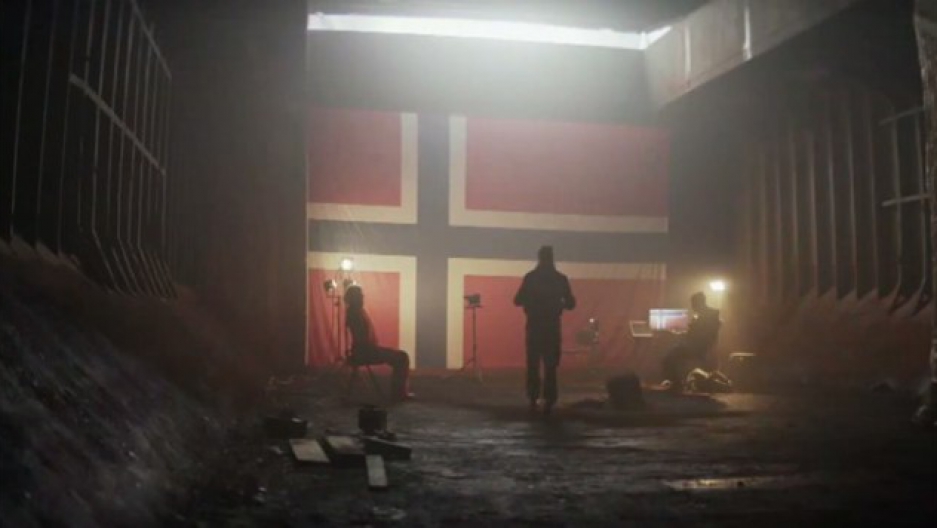 Remember the 1966 spoof "The Russians Are Coming, The Russians are Coming." It's an American comedy that tells the tale of a Soviet submarine run aground off a small New England coastal town.

Well, there's a very different vision of a Russian invasion airing on Norwegian TV this fall and it's not a comedy. Certainly the Russians don't think it's very funny.

The plot: Russia invades Norway at the urgent request of the European Union after Norway's new eco-activist government stops oil and gas production in the North Sea.

"It was bold, but it was very intriguing," says Erik Skjoldbjærg, who directed the mini-series. "And the what-if scenario about Norway and how would we react is what really attracted me to the series."

Russia has protested their portrayal as the aggressor in "Okkupert." The Russian embassy in Oslo released a statement saying "the show continues in the worst traditions of the Cold War, scaring Norwegian viewers with a non-existent threat from the East."

Skjoldbjærg says he's not so surprised by the Russian government's reaction. He wants to stress however that "this is not a series about Russian's foreign policy. This is a series [focusing] on how people within a democracy react to radical change. In other word's how would you react if your democratic rights were threatened?"

It's all fiction. And there's no historical context in which to base the series on either. Skjoldbjærg says, "Russia has never attacked Norway, in the military sense."