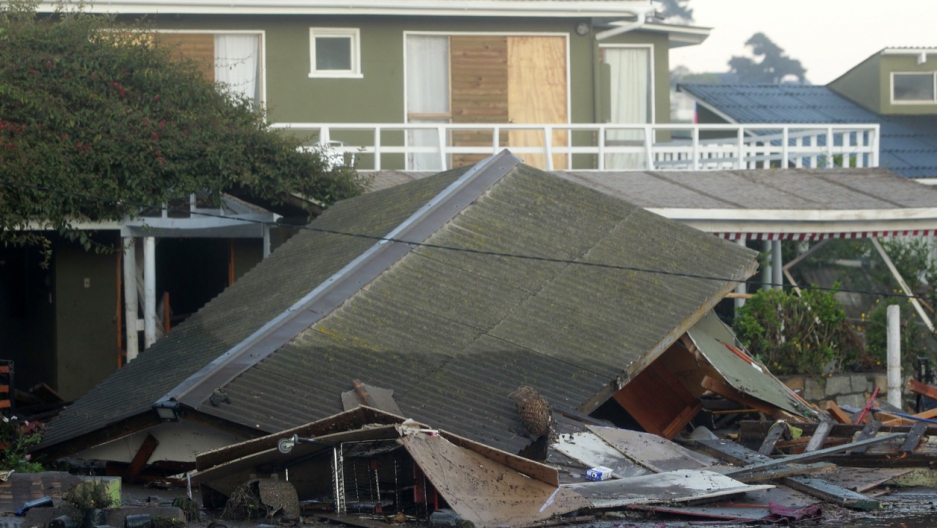 A powerful earthquake jolted Chile Wednesday night, triggering tsunami warnings for as far as Japan. At least eight people in Chile died and more than a million evacuated their homes.

Dozens of aftershocks continued to shake the South American country on Thursday as residents dug through rubble.

Above are photos from the night's magnitude 8.3 quake and the morning after.

Chile has a painful history with the Earth's tremors. This time, the government ordered evacuations from the coast, trying to avoid a repeat of a 2010 disaster when authorities were blamed for being slow to warn of a tsunami and hundreds died, Reuters reported.

The region gets loads of earthquakes. “Just like San Diego, Los Angeles, San Francisco and Seattle, the region’s entire Pacific Coast sits on some of the world’s biggest seismic faults,” GlobalPost's Simeon Tegel wrote in April 2014 after a Chilean magnitude 8.2 quake. “Experts warn it’s just a matter of time before more quakes, including even bigger ones, strike.”