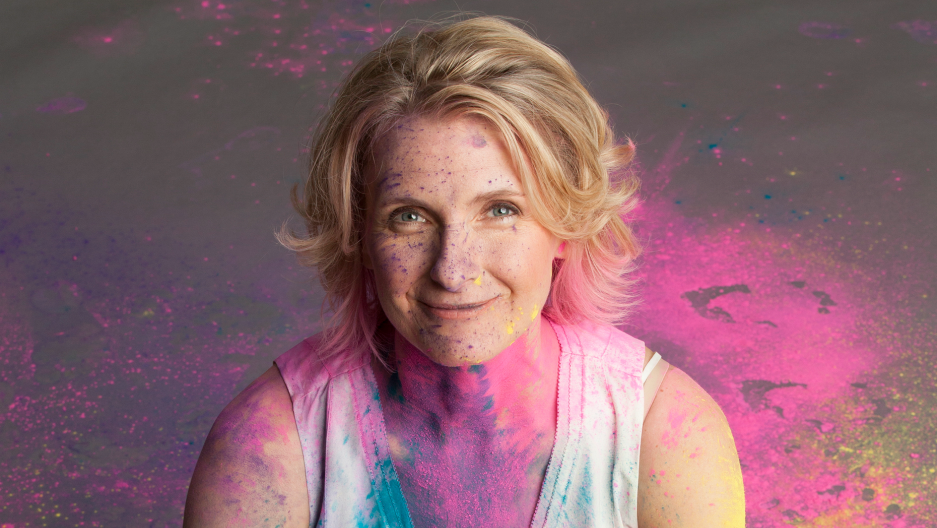 Elizabeth Gilbertis best known for her best-seller-turned-Hollywood-blockbuster Eat, Pray, Love. But she hasn't just been hanging out in Bali and gorging on pasta in the afterglow of that success: there was another memoir, a historical novel, and now Big Magic, a guide meant to demystify the creative process, and inspire creative hopefuls.

Kurt Andersen: When you talk about magic in this book, that is not just a poetic turn of phrase --- you actually, genuinely believe that there are magical forces at work in your creative life.

Elizabeth Gilbert: Yeah. I like to imagine ideas as these disembodied life-forms that have no form, but they have will and they have consciousness and they spend eternity circling the earth looking for collaborators, looking for someone to bring them into the real out of the unreal. And I can't tell you how many projects I've been able to finish just by telling myself, "Look, this idea came to you, Liz, because it wanted to work with you. Otherwise it would have gone to Barbara Kingsolver."

Do you really believe, as you say in this book, that everyone has "hidden creative treasures" in them that deserve expression? Because I'm not sure I believe everyone does.

To tell you the truth, I don't know. Maybe! And how are we to know unless people take a swing at it? I can tell you one of the things I'm not interested in is the idea of talent; between the two of us, I don't know how much natural writing talent I have. I've known people who I believed were immensely more talented than me, but they didn't do their work.

The main character in your last novel, The Signature of All Things, is a woman plagued by her own perfectionism. Do you think that perfectionism is a bigger problem for women than it is for men?

This is all very anecdotal, but speaking with a lot of women, it does seem to be a really big problem for them. Somehow it's harder for them to release work into the world. And I'm constantly telling women: Look, putting work into the world that's less than perfect never stopped men! Look around --- there's a lot of half-assed stuff out there. It's half-assed, but it's also not half bad.