At the end of last year, we asked for your creative resolutions for 2015. We've created aFacebook groupfor all our listeners to track their progress through the year, and we are also following four people on our show, including areggae DJin Ohio, an aspiringdirector and screenwriterin New York, and acalligrapherin Washington State.

Garman Hergistad has a successful career in digital special effects, but his first love was calligraphy --- it was his hand-lettering expertise that landed him his first job in Hollywood. For his 2015 creative resolution, Herigstad is hand-lettering the entire Book of Proverbs. It's a massive undertaking, and he's decided to use the tricks of his digital trade to make sure it comes out right. "With the Proverbs project, I would make so many mistakes and do it over and over again. Technology can fix some of that."

Isn't that cheating? "It's cheating according to my original idea, but as I've been working on it, I think it's practical," Herigstad says. "I think maybe trying to escape from technology made me appreciate it more." 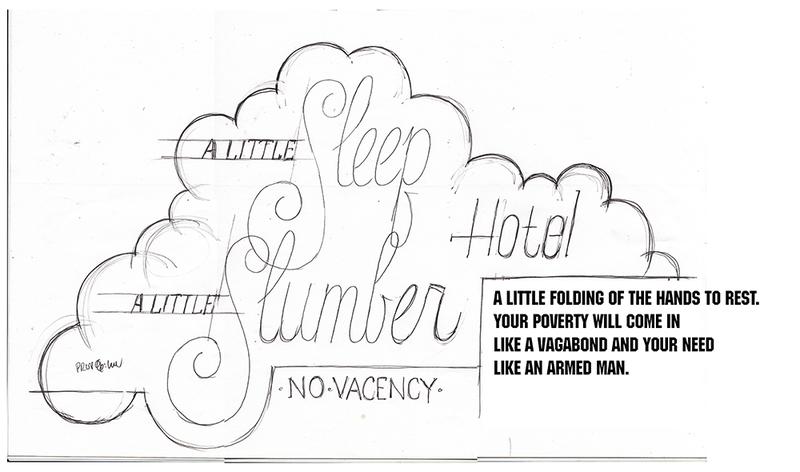 Draft drawing for a 1950's motel style "sign" for Proverbs 6:10-11, which Herigstadwill finish in 3D computer graphics software. All lettering will be first drawn by hand, but then retouched using 2D and 3D software.
Herigstad writes, "The advantage of using the software will be being able to have correct perspective, age the sign and add atmospheric effects, the building and smaller details.
The disadvantage is that effort, for just one verse of over 900 total Proverbs, is estimate to take 20-40 hours depending on the amount of detail I want to add. It's fine for just a select few of the total effort."
(Courtesy of Garman Herigstad) 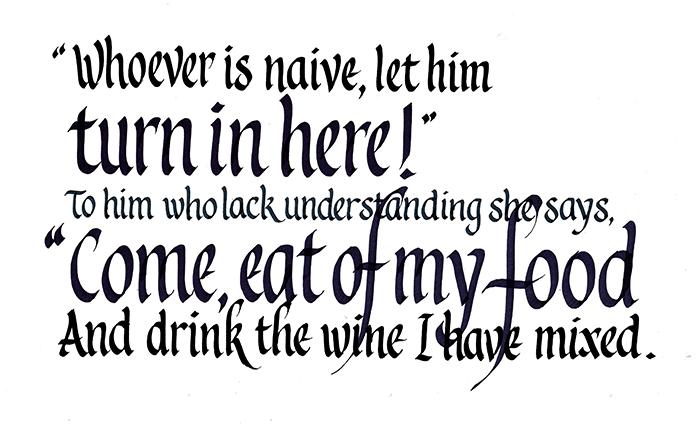 The original version of Hergistad's rendering of Proverbs 9:4-5.
(Courtesy of Garman Herigstad) 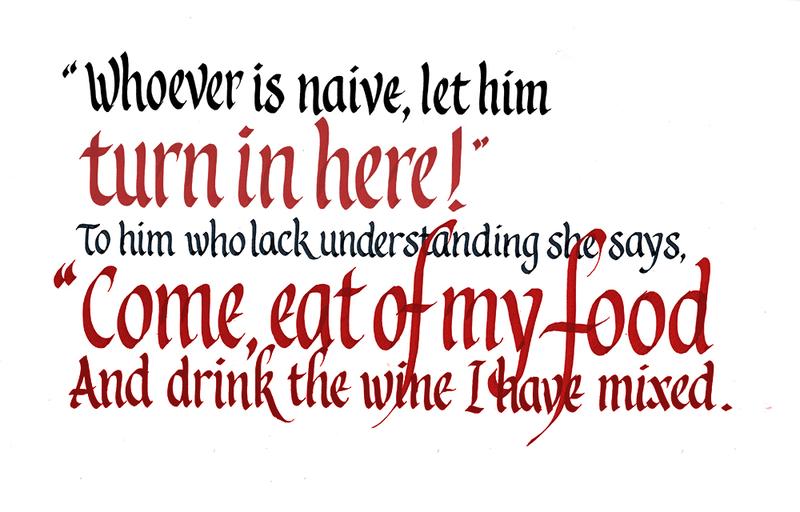 The retrouchedversion of Proverbs 9:4-5.A common issue Herigstad hashad to deal with: color. "By scanning and adjusting the color with software, it makes it more flexible for finding the emphasis I want."
(Courtesy of Garman Herigstad) 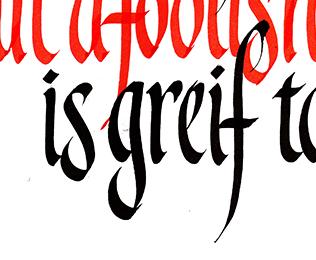 A detail view of Herigstad's Proverbs 10:1. "The misspelled word has become one of my most common hinderances," he says. "This and doubling words or just using the wrong word. It can ruin hours of work."
(Courtesy of Garman Herigstad) 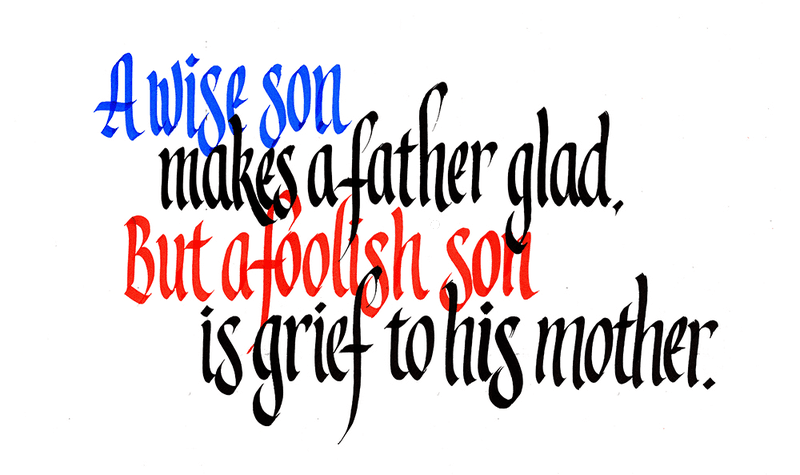