Ayesha and Marco D'Souza with their daughter Tenaya.

If I were running an adoption agency, I’d say Marco and Ayesha D'Souza have an ideal home for a child, but the they had to wait almost a year for a child to adopt. The reason? It's something that makes them somewhat unique among adoptive parents in India: They wanted a girl.

Marco tells me his father died when he was 11. “So I was pretty much raised by my mum — me and my sister.  She has been our pillar all through our lives, and even within the family we’ve got females who’ve played such a big role — my aunts, my grandmother who is now 94, they are basically rocks and they’ve pretty much led the entire family on, through the hardest of times.” 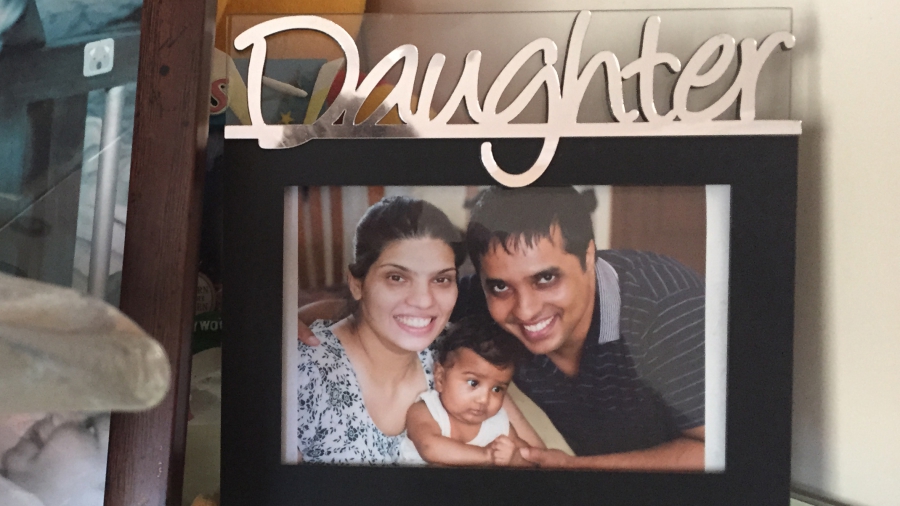 The D'Souzas adopted Tenaya when she was five months old.

Because of that strong influence, Marco says he’s always wanted a daughter. Ayesha had her own reasons for wanting one, too. But the couple had trouble conceiving. They’re well-off and had the means to go through many rounds of artificial insemination.

But by the time Ayesha was 32, “there was a lot of heartache and a lot of emotional drainage,” from fertility treatments, she says. “And that’s when we took the call that we would go down this route” to adoption.

When Ayesha and Marco started the adoption process, they knew some girls in India were not even born because of sex selection abortions. And they know that some consider girls to be a burden. Still, they weren’t choosing a girl out of charity, Ayesha says.

How come there are no girls? Pregnant women in India want to know.

“Some people looked at it like, ‘You are so great, and you are very self-righteous and your place is slotted in heaven because you adopted a girl child,’” she says. "It’s something we wanted to do — not for some greater good. We just wanted a girl.”

And yet when Marco D'Souza talks about Tenaya’s future, he talks about his hopes that she’ll be a citizen who can pay forward change in India.

“Our entire aim with this little child is essentially just to raise a kind, loving human being, a smart human being, and give her the opportunity to make a change in the world if she wants to,” he says.

Ayesha sees traditional attitudes about girls changing around her. “When you would see a family 10, 15 years ago, [they’d] say, ‘I’d rather send my son overseas to study, because my daughter will get married and move to another family,’ [now] you are seeing equal opportunities across the board.” 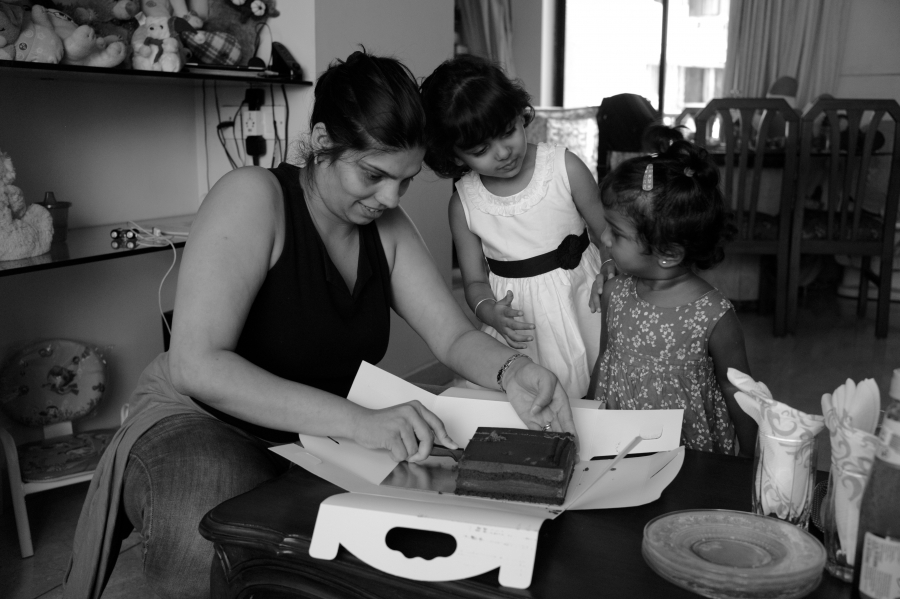 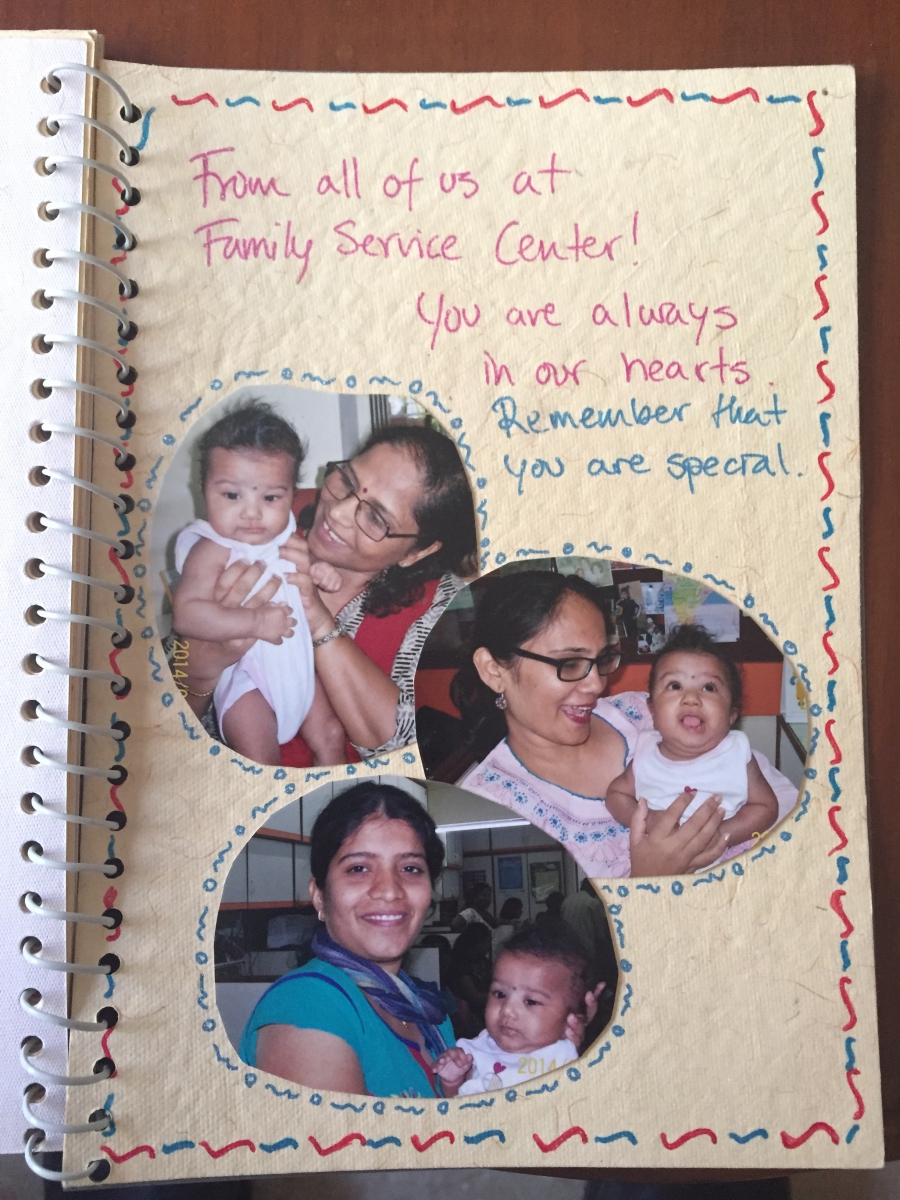 Around midday, friends of the D'Souza, Nishant and Dipali Shah, show up for Sunday brunch. Their daughter Alieesha makes a bee-line for her little friend Tenaya. Alieesha’s also adopted. Like the D'Souza, the Shahs wanted a girl. They became close with Marco and Ayesha as they went through the process, and the waiting.

The families catch up. Ayesha indulges Tenaya’s love of chocolate cake. We’re about to set out for a walk along the seafront.

But Marco D’Souza wants me to see one more thing before we leave: a scrapbook the adoption agency gave them. He shows off photos from when Tenaya was first brought to the agency, just a few weeks old, with the foster mother who cared for her. And one of the D'Souzas holding Tenaya the day they brought her home.

In a country like India where thousands of girls go missing at birth each year, it’s a huge thing to give a girl a home and love. Tenaya has both.

Update: A previous version of this story incorrectly spelled the D'Souza surname and Ayesha D'Souza's name.