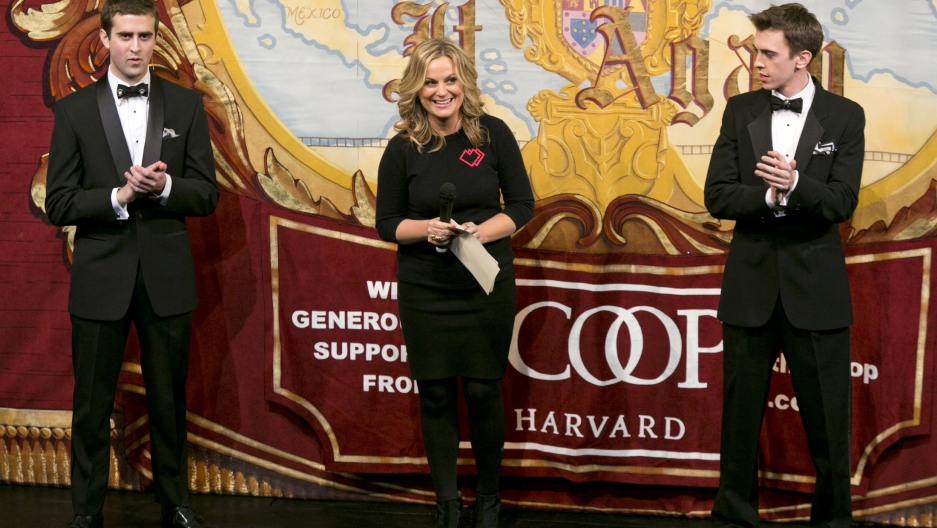 Actress and comedian Amy Poehler speaks to the crowd as she is honored with a roast as Hasty Pudding Theatricals 2015 Woman of the Year at Harvard University.

The answer is a student club and irreverent musical theater group at Harvard known as Hasty Pudding. However, this oldest of old boy networks was recently challenged by women on campus who want to perform with the group.

The cast of the Hasty Pudding Theatricals annual pun-filled musical revue has always been all men. But that doesn’t mean there are no female characters on stage.

Harvard men in outrageous drag costumes have pranced across the Hasty Pudding stage — sometimes in a stocking-clad, high-kicking chorus line. Earlier this year, the Pudding honored Saturday Night Live alum and “Parks and Recreation” star Amy Poehler as its woman of the year.

“You know it’s time for a change when the Augusta National Golf Club has lapped you in terms of being progressive,” she observed.

Women do write for the show and work backstage. But Poehler’s comment got Harvard undergrad Olivia Miller’s attention.

“That kind of clicked for us. We were thinking, ‘well, yeah, there aren’t women on stage and what is the reasoning behind this?,'" she says.

So they sent an email to a group of female friends from the theater community on campus. And on Saturday, about 20 of them auditioned for the Pudding.

“It was definitely one of the best auditions I’ve ever given," says sophomore Liz Kantor, smiling as she emerged from the audition.

They were asked to read two scripts and sing a song. In keeping with the irreverent tone of Hasty Pudding, Kantor chose a song called “Joey is a Punk Rocker.”

Senior Tess Davison says they’re not against Hasty Pudding. They love the group. 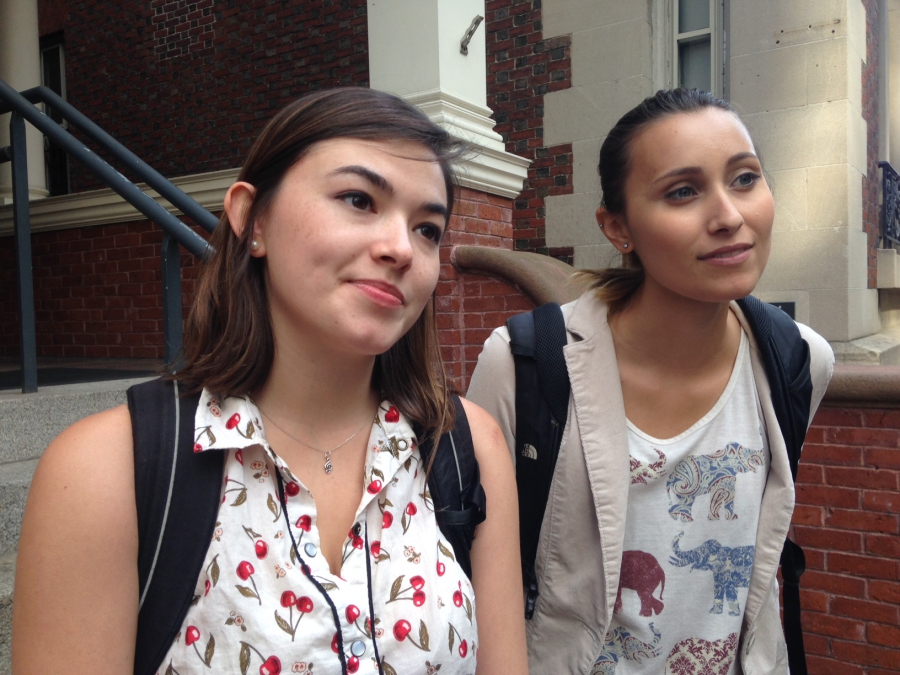 She says men in drag are funny. But women dressed as men are funny, too.

“We have men playing men in the show, which is not drag. So I think it could become an even more draggy production.”

Several of the women who auditioned say their undergrad friends in the all-male cast support a change, but that it’s not up to them. The Pudding is independent of the university and a board made up of alums calls the shots.

No one from Hasty Pudding would speak on the record, but in a statement issued before the auditions, a spokesperson said having an all-male cast is an artistic decision and a trademark.

Saturday night after their auditions, the women received an email from Hasty Pudding. The group is sticking with an all-male cast.

“Well, of course we’re very disappointed about the outcome," says Miller, but a conversation has started.

“And I think it’s an important conversation to have. Both about inclusivity and creativity in the Hasty Pudding and perhaps beyond this one institution to other groups on campus or other groups on other campuses.”

Several of the women who auditioned will still be on the Harvard campus next year, and say they plan to sign up, once again, to audition for the Hasty Pudding show.