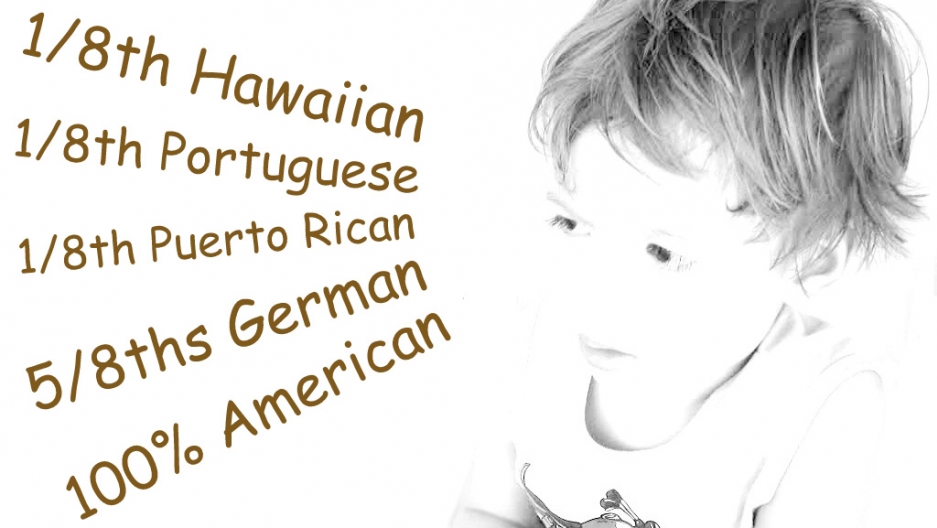 Recently, an old friend of mine, Julie Jimenez had a language question she wanted me to investigate: Where does the word “hapa” come from?

Julie considers herself hapa. Her father is from Chile, her mom is Japanese American. And she calls herself “hapa," that is, half Asian, half something else. Julie had never questioned this definition before until one day she was at the market and she met a women who she thought was hapa like herself.

“She looked half Chinese and half white and I said, ‘Oh, you’re hapa!’ and she said ‘that’s a Hawaiian word, you’re not supposed to use it.’ And I had never heard anyone say that before. I was kind of shocked because I had never thought it was offensive,” she said.

So it got Julie to thinking, what does hapa really mean?  Did this word that she had used for a good deal of her life to define herself mean what she thought it meant?

This week’s episode of The World in Words is a deep dive into the meaning(s) of the word hapa. I speak with Joanna Sotomura and Stephen Chang, hosts of Half-Time, a YouTube talk show about Hapa issues. I interview professor Wei Ming Dariotis about how she became a hapa evangelist and then lost faith in the word. And we hear from Hawaiian linguist Keao NeSmith about the etymology of "hapa" and the term “hapa haole.”

3:15    Joanna Sotomura and Stephen Chang host the YouTube talk show Half-Time. They define, or I should say, try to define the term “hapa.”

6:11    Professor Wei Ming Dariotis first learned about the word “hapa” in a class during graduate school.

14:41  Wei Ming lecture at Occidental College that changes everything.

24:48  The first time Keao heard the term “hapa” being applied to people of mixed heritage who were not part native Hawaiian.

28:15  Joanna and Stephen discuss their true feelings about the word “hapa.”

30:38  Wei Ming has been trying to come up with another term to replace “hapa.”

31:08  Wei Ming thinks about her own name and why her mother named her Wei Ming.

Notes on the Music:

These are songs from the genre of “Hapa Haole” music, popular from the late 1920s through post-World War II.  The music sounds Hawaiian with the ukulele and the guitar tuning, but the lyrics are a mix of Hawaiian and English. The genre exemplified the view of Hawaii as the "exotic paradise," says Hawaiian linguist Keao NeSmith. Today it’s very common he says for Hawaiians learning hula as little kids to dance their first hulas to Hapa Haole music