US Ambassador to the United Nations, Samantha Power, addresses a resolution to investigate the use of chemical weapons in Syria during a United Nations Security Council meeting at the UN headquarters in New York August 7, 2015.

When the United Nations General Assembly opens later this week, diplomats from all over the world will be greeted by a selection of photographs at the US Mission. 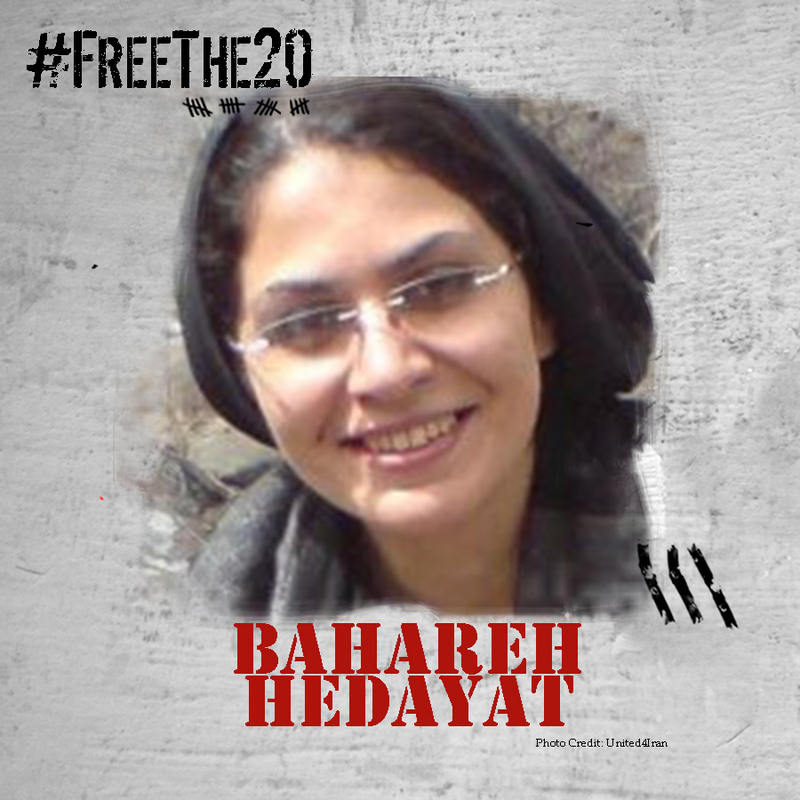 Bahareh Hedayat, is a student activist and campaigner for women's rights known for her work in the One Million Signatures Campaign for the Change of Discriminatory Laws Against Women. She has been arrested and released multiple times. In May 2010, she was imprisoned again for several crimes including “insulting the leader." Despite an Appeals Court in Tehran ordering her release in July of this year, on August 28, she was given an additional two-year prison sentence in violation of Iran’s own laws.

Courtesy of the US Mission to the United Nations

The photographs feature 20 women from around the world — women like Bahareh Hedayat, a student activist in Iran who's been detained since 2009, and Sanaa Seif, an Egyptian activist who's been in prison for more than a year.

Their photos are part of a project called FreeThe20 — the campaign is designed to mark the 20th anniversary of the United Nations' Fourth World Conference on Women, a conference in Beijing that called for increasing women's political participation throughout the world.

Samantha Power, the US Ambassador to the United Nations, says she is using the FreeThe20 photo exhibit as a wake-up call for world leaders.

“Every day, we have all the diplomats of the world entering the building across the street, which is the United Nations,” she says. “Most of the time, as they march down the street, they’re looking at their Blackberries — on a good day they’re looking at the flags and thinking about the majesty and possibility for world peace. But what they’re often not doing is thinking about individuals.”

Power says that she hopes the photographs will provoke a discussion about human rights and the role of women in politics today.

“These are the heroes of our time,” she says. “We have a way of thinking about people of Nelson Mandela or Václav Havel, but there are women in the here and now that are risking everything and are not able to be with their sons and daughter or parents because they stood up for what they believe in — because it mattered more to them to try to improve their communities than to look out for themselves.”

By placing these photos at the US Mission, Power says she is telling the world that the United States has not forgotten these women. 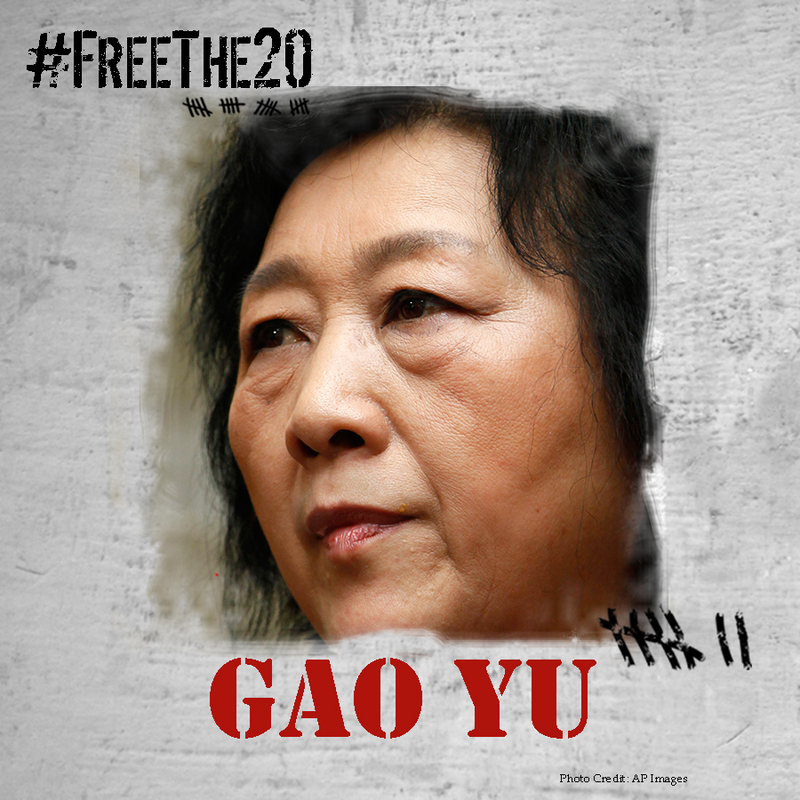 Gao Yu, a 71-year-old veteran journalist, was sentenced to seven years in jail on April 17, 2015, on charges of “leaking state secrets overseas.” Gao’s April 2014 arrest came as authorities detained dozens of rights activists and dissidents ahead of the 25th anniversary of the June 4 Tiananmen Square Massacre. Gao was reportedly targeted for sending to foreign media a Communist Party document, that was widely available online, warning cadres to resist Western values. Legal contacts note she was not provided timely access to an attorney, and her televised confession was made under duress after authorities threatened to detain her son. She reportedly suffers from significant health problems.

Courtesy of the US Mission to the United Nations

“We have one woman here on the [FreeThe20] list, Gao Yu, who was arrested back in 1989 in the Tiananmen Square protests,” Power says. “Then, 25 years later, around the anniversary of Tiananmen, she gathered with a bunch of activists to think about how they were going to commemorate it and she was arrested again. In the intervening 25 years, she continued to write and speak out, even while knowing what the consequences would be for her family.”

Beyond providing a powerful and empowering symbol for girls and women around the world, Power hopes the photos will help world leaders confront humanitarian issues — China included. It’s likely that representatives of the People’s Republic of China will be directly confronted with Yu’s image when Chinese officials co-host the UN Women Global Leaders’ Meeting on Gender Equality and Women’s Empowerment on September 27.

“China will be hosting this conference, and President Xi is coming to the General Assembly for the first time, and will also be coming to Washington,” Power says. “Human rights will be a very big topic in his meeting with President Obama. There’s an amazing story to tell about Chinese development, and the development of men and women alike in terms of economic empowerment. But it’s a very difficult time right now because the government is cracking down, in quite dramatic ways, against NGOs.”