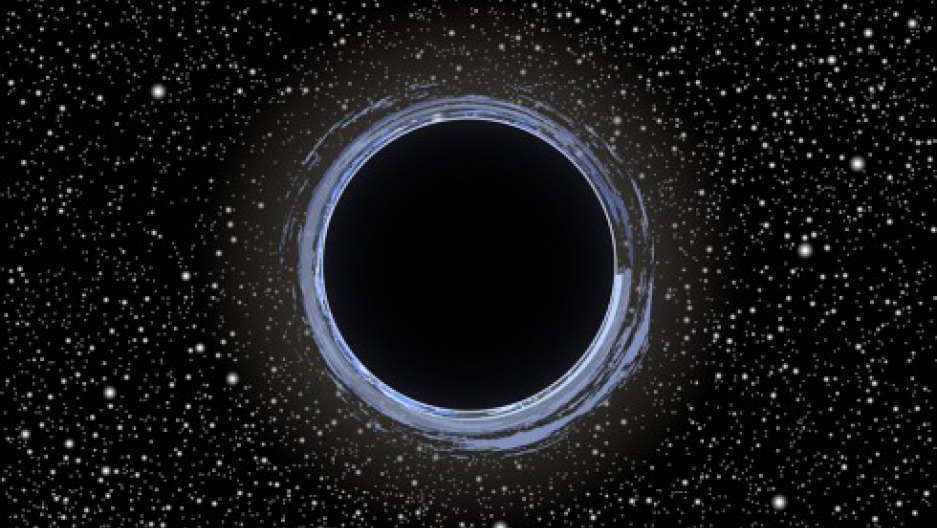 Scientists have long wondered what happens to information that enters black holes. Famed physicist Stephen Hawking thinks he has the answer.

Information entering a black hole may not be truly lost, he suggests. Instead, that information could still exist in a sort of hologram on the black hole’s event horizon. But this doesn’t mean you should design your next information-storage service around the use of black holes. “For all practical purposes, the information is lost,” Hawking says. That is, it exists “in a chaotic and useless form.”

Hawking’s theory, though not yet fleshed out in a paper for scientists to study, is one that relates to his earlier work on black holes.

“He was declaring a solution to a problem that he himself invented back in the 1970s, when Stephen Hawking taught us that black holes are not completely black, they give off radiation. Therefore, if you throw something into a black hole, if you drop a planet in, or a book, for that matter, eventually all the information that went in, in the form of that book or that planet or whatever, should come out in that radiation, but no one knows how that could happen,” says Sean Carroll a theoretical physicist at the California Institute of Technology and author of “The Particle at the End of the Universe.”

The new theory Hawking seems to be proposing is important because of what it means for scientists who are trying to understand the interaction between gravity and quantum mechanics.

“The single biggest puzzle, or question, in the fundamental physics that we have, the very basis of what the universe does, the basic nature of the universe, is reconciling quantum mechanics with gravity, with Einstein's general relativity. We just don't know how to make a good theory about quantum gravity. We have almost no data. We can't build an accelerator that helps us, because gravity is so weak. What we can do is to propose thought experiments and try to carry them through and see what could possibly be going on,” Carroll says. “The information coming out of black holes is the single best thought experiment that we've so far thought of to try to help us understand quantum gravity.”

Hawking is expected to publish a paper on his theory soon, but there is no way to test his ideas to see if they’re true.

“There's no practical hope of going and measuring it. That's why, right now, we're just trying to get the logic right. If we had two really promising theories for how the information escapes from black holes, then we would be really interested in observationally distinguishing between them. Since right now we have zero, that's less of a pressing issue,” says Carroll.

When it comes to understanding how black holes store information, it helps to compare the process to that of a book being burned. After a book is burned, the book hasn’t disappeared, but it’s no longer easily readable.

“No one is thinking that you'll easily just look at the black hole and see what got thrown in ... If you were infinitely good at collecting the information and infinitely good at reconstructing it, could you do it?” asks Carroll. “What Hawking is basically saying is that we used to think that the surface of a black hole was perfectly smooth and featureless, there was no trace of what went inside, and he's actually saying that maybe there's some kind of quantum mechanical splotchiness that gets stuck to the edge, to the event horizon of the black hole, from which we can, in principle, read off what made it.”