Editor's Note: Filmmaker Jayisha Patel has been creating short docs on women's issues and justice in India for some time now. Her most recent film Power Girls focuses on a group of young survivors of sexual violence and harassment who call themselves the Red Brigade. 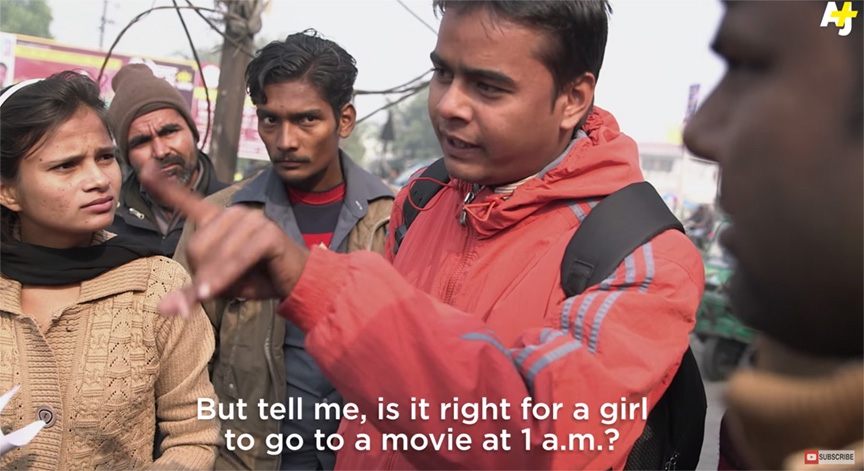 Anne Bailey: How did you find out about the Red Brigade and their efforts to fight violence against women and girls?

Jayisha Patel: I found out about the group through a charity event in London and got in touch with them. I slowly started to build a friendship with them that led to my going to India to make this film with them. 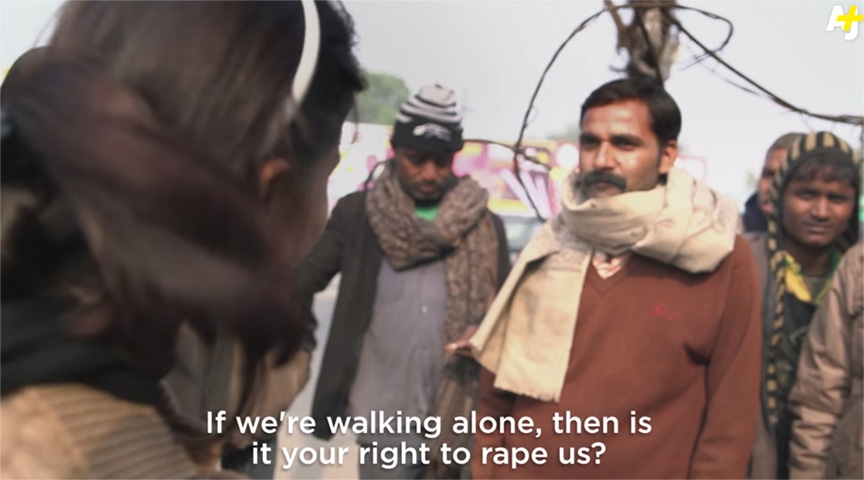 AB: The issue of rape and sexual violence is extremely sensitive (yet also common) in India. How did you get Afreen, your main character in Power Girls, to open up to you about her traumatic past?

JP: I don't think there was anything specific that I did to help her open up to me and the camera. We built a sincere and genuine friendship that had nothing to do with the film. I also opened up about my own life to her which allowed her to open up to me. 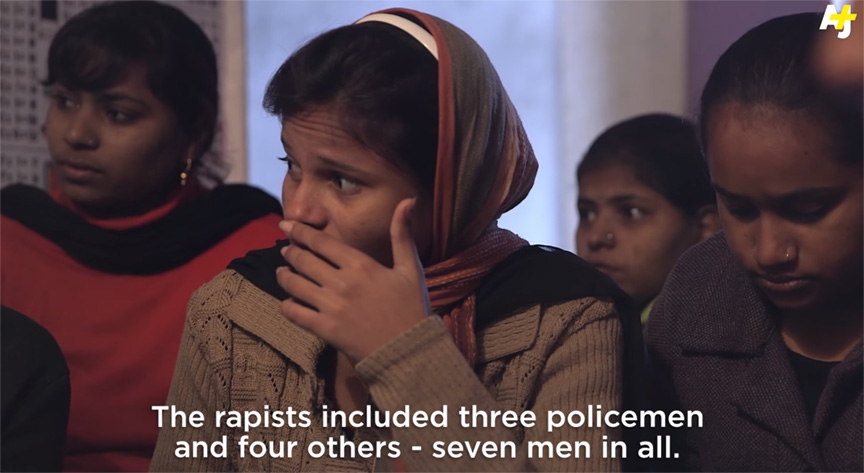 AB:  The members of the Red Brigade are all from northern India and have all suffered some sort of sexual violence or harassment. Are instances of rape and sexual violence more common in the north than other parts of India? If so, why?

JP: I don't have any figures on this, but from my own experiences of living in western India and filming in the north, I would say yes, there was a marked difference in the way women, including myself, were treated in the northern state of Uttar Pradesh (where the film was made) and other parts of India. I think the reasons stem from a combination of factors. The main being that the north is largely conservative in its thinking, which has led to a lack of investment by the government into industries there. That, in turn, made the economy largely stagnant compared to other parts of the country. That stagnation has led to the north being relatively poor, which has helped conservative, patriarchal views to persist there. I think that the poverty, combined with the still conservative views, has led some men there to feel frustrated. They often use violence against women to regain some sense of power. 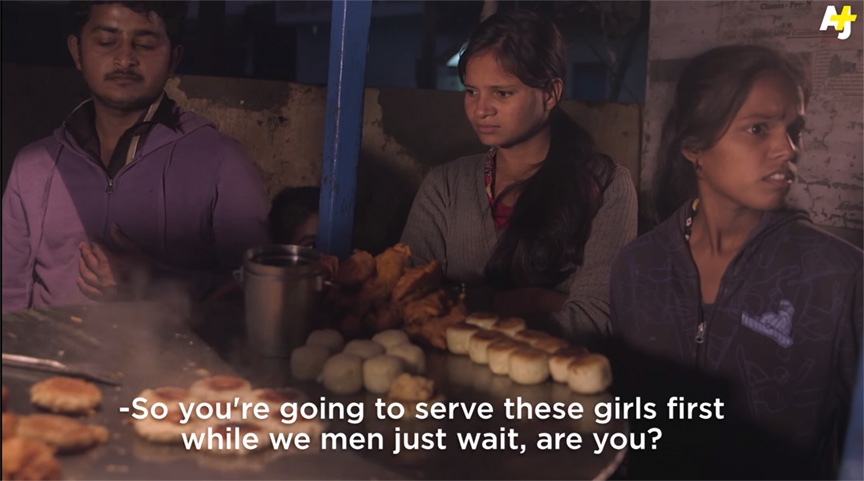 AB: You published this film earlier this summer for AJ+. Are you still in contact with the members of the Red Brigade now? What are they up to?

JP: Yes, I do still have some contact with them. They are currently partaking in a national campaign to build up the confidence of women in different parts of the country by leading self-defense workshops. 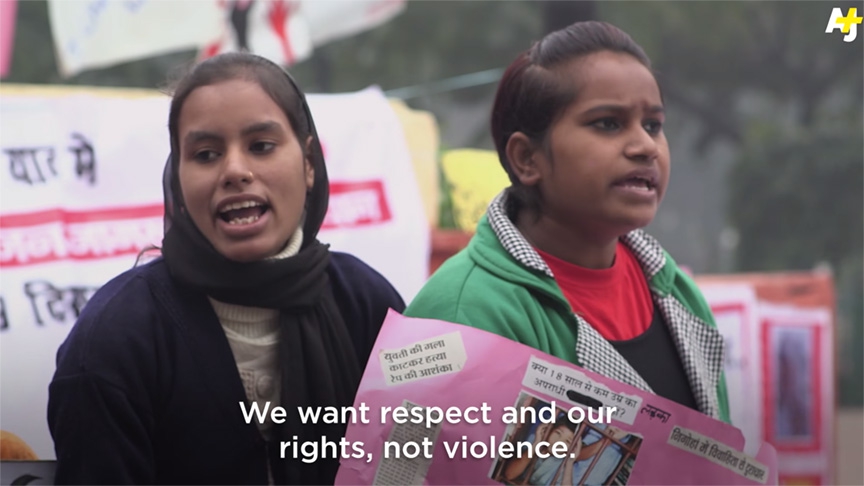 AB: What surprised you the most working on this film?

JP: I think it was the general attitude of the men we encountered in certain parts of Lucknow. It was a very different India to the one I had been used to living in Mumbai, which is a very cosmopolitan, forward-thinking city. Hearing some men say they believed rape was a woman’s fault, while we were filming with the girls on the streets, was alarming. As an all-female crew, we were also threatened a few times. 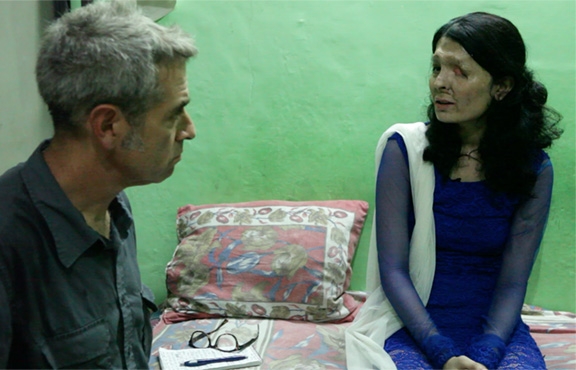 COMING SOON: Across Womens Lives digital journalist Anne Bailey and PRI's The World host Marco Werman have teamed up with Jayisha Patel in Mumbai to work on a differnet short doc: it's about Reshma Qureshi, an acid attack survivor. When she was 17, Reshma's brother-in-law attacked her with acid, leaving her badly burned, missing a left eye and facing multiple restorative surgeries. One year later, Reshma is now the face of a viral social media campaign in conjunction with the group Make Love Not Scars to end the sale of acid in India. Stay tuned to our #HerRights series for clips from our upcoming film about her efforts.